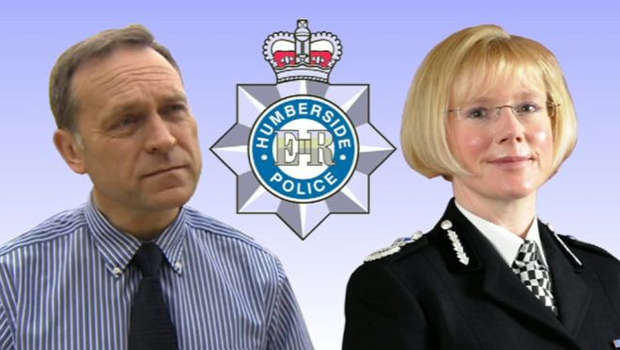 Enter the new Police and Crime Commissioner for Humberside

On the 6th of May 2016 Keith Hunter was elected as Police and Crime Commissioner (PCC) for Humberside.

A new broom sweeps clean and the 2016 HMIC review prompted severe criticism from Police and Crime Commissioner Keith Hunter, who issued a requirement for improvement within the next six months.

Despite having thus far escaped censure for her controversial past throughout her career, PCC Hunter subsequently forced Chief Constable Curran to retire. The catalyst for PCC Hunter’s action was the imminent release of two reports critical of Humberside, one on efficiency and the other on the force’s child protection issues. He is quoted in the Grimsby Telegraph as follows:

“Having dug around and spoken to inspectors they indicated some improvements were needed. They indicated some concerns in potentially serious areas like vulnerability and the protection of children. I thought public confidence could not be maintained without changing leadership. I think the public need to feel that something is changing.”

Mr Hunter’s interview and comments can be read in full here.

No retirement financial package was agreed with Chief Constable Curran and she departed without a settlement.

Child Sexual Exploitation is quite rightly a top priority for both myself and North Yorkshire Police, and on behalf of the public I need to by fully reassured this is being dealt with appropriately. I have asked the Chief Constable for a comprehensive update on our plans to tackle this issue, how we are working with partners, and most importantly, what we are doing to safeguard children from sexual exploitation.”

One month later the IPCC announced it was investigating NYP for its inability to process intelligence about paedophiles. So far as I am aware, despie scandal after scandal, no effective action has been taken by PC Mulligan to resolve the issues in the PVP Unit or to change the leadership. The Ampleforth investigation leads me to believe that nothing has changed or improved. In short PCC Mulligan has been completely ineffective in reforming the PVP unit, despite the fact that she has identified the protection of the vulnerable as a high priority.

Following on from scandal after scandal involving misconduct of various sorts by Chief Police Officers and repeated incompetence and failures in police investigations, it may be that the wind of change is sweeping through the ranks of underperforming Police Officers. We shall see. However, I predict that this will not be the case in North Yorkshire so long as PCC Mulligan is in charge.

PCC Mulligan was provided with a draft of this article and asked to comment, but typically, no comment was received.