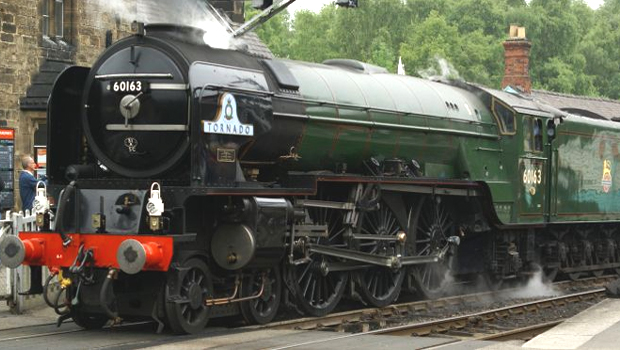 Regular readers will know that the NYE has recently covered the heart breaking attack on the NYMR by vandals.

The entire NYE team was very deeply saddened at the pictures of the vandalised coaches and were very impressed by the magnificent way the NYMR volunteers have responded, getting vandalised coaches back into service and raising funds to pay for the repairs. Most important of all, they worked together and very hard, to ensure there was no decrease in service over the summer season. As a team, we were determined to back the NYMR volunteers up with extra coverage, which can be seen below.

The North Yorkshire Moors Railway is a wonderful asset for Yorkshire. Owned and operated by a 10,000-member community-based non-profit Charitable Trust, the NYMR delights more than 350,000 passengers every year – more than any other heritage railway in the world. Taking visitors on picturesque journeys along an 24-mile railway line aboard heritage steam trains the railway passes through stunning scenery, from wooded valleys to beautiful countryside, stopping at charming villages and spectacular seaside locations.

The NYMR gives pleasure to hundreds of thousands of visitors to the area, thereby improving the tourist trade and local prosperity. It has also been used as a film set for Harry Potter, Downton Abbey and Dad’s Army, giving millions of people pleasure from viewing quality films and TV programs. So we are very happy to report once more on the NYMR recovering from the damage and continuing to bring iconic steam travel to the public. One of the UK’s fastest steam trains, legendary locomotive, 60163 Tornado will run on the North Yorkshire Moors Railway (NYMR). This stunning Peppercorn A1 Pacific class engine has been on a whirlwind of tours since she began moving under her own steam in 2008.

The popular locomotive is always a big hit wherever it goes, catching people’s eyes with its elegance and speed, reaching a staggering 100mph. It will be coming to the NYMR from Saturday the 3rd of March to Sunday the 11th of March 2018. This train is so special that it was the subject of the BBC documentary ‘Absolutely Chuffed: The Men Who Built a Steam Engine’ and featured in ‘The Race to the North’ on Top Gear.

“We’re very excited about the arrival of the iconic locomotive and are sure it will delight visitors travelling up and down our line. Over the years we’ve had many guest locomotives visit us and we expect Tornado to be one of the best yet. With its searing speed and fantastic recent history, it’s sure to be a head turner”

This is a unique opportunity for local people to experience steam express travel behind this 100mph locomotive (Please note this event is pre-booked only, enquiries can be emailed to info@nymr.co.uk). 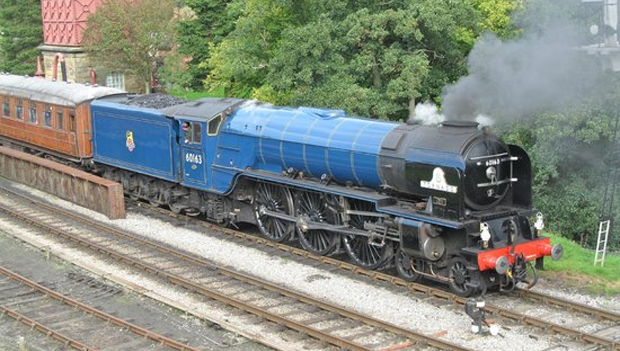 “I was sickened by the sight of the vandalised carriages and very proud to support the NYMR Volunteers. It is good to run a story on victims of crime overcoming and moving on. I will always treasure the gift they gave me as a token of their regard and to commemorate the running of the ‘Tornado’ on the NYMR. Along with the letter came an invitation for a representative of the NYE to attend as a special guest for the initial run of ‘Tornado’. Sad to relate, a quick check of the diary confirmed my worst fears and I cannot attend. Gutted”. 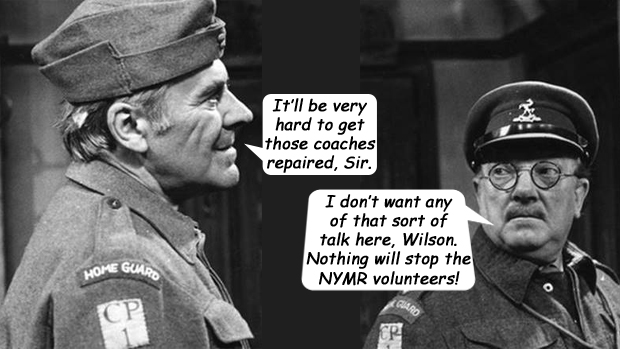