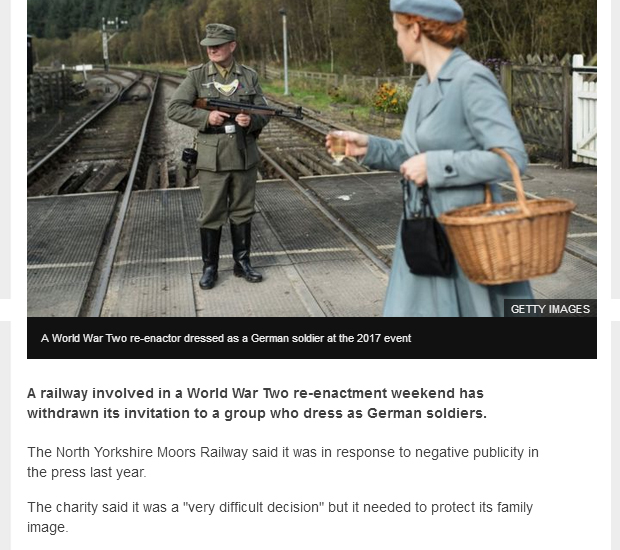 Regular readers of the NYE will be aware of our support for the North York Moors Railway, a wonderful asset for North Yorkshire. Owned and operated by a 10,000-member community-based non-profit Charitable Trust, the NYMR delights more than 350,000 passengers every year – more than any other heritage railway in the world. Taking visitors on picturesque journeys along an 24-mile railway line aboard heritage steam trains, the railway passes through stunning scenery, from wooded valleys to beautiful countryside, stopping at charming villages. 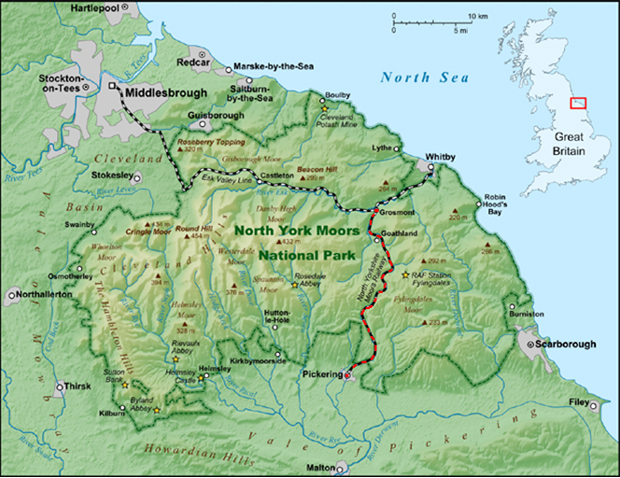 The NYMR gives pleasure to hundreds of thousands of visitors to the area, thereby improving the tourist trade and local prosperity. It has also been used as a film set for historical dramas including Downton Abbey and Dad’s Army, giving millions of people pleasure from viewing quality films and TV programs.

What is the NYMR Railway in Wartime Weekend?

The NYMR Railway in Wartime Weekend is a three-day event where families can hop on board steam and heritage diesel trains and relive the amazing spirit and camaraderie of World War II, whilst enjoying various war-themed entertainment and vehicle displays at stations along the iconic North Yorkshire Moors Railway line.

Each NYMR station is transformed to create a variety of scenarios and performances including a wartime street, ‘The Sidings’, at Pickering, Home Guard demonstrations at Goathland and RAF themed Grosmont. Levisham has a variety of living history displays.

This year’s event will be the twenty-sixth of its kind.

Some idea of the educational value, good humour and fun of the event can be seen in this YouTube video of the 2017 Wartime Weekend

Full details of this hugely popular and educational event scheduled for the 12th, 13th & 14th of October 2018 can be obtained here.

The NYMR has issued this statement concerning the controversy:

As a registered charity, the North Yorkshire Moors Railway exists to deliver benefit to the public at large through the preservation and operation of its heritage railway.

Now in its 26th year, their highly anticipated Railway in Wartime event recreates the amazing spirit and camaraderie of World War II at stations along the iconic line every Autumn.

The three-day event sees each station transformed to create a variety of scenarios and performances – these include a wartime street ‘The Sidings’ at Pickering, Home Guard demonstrations at Goathland and RAF-themed Grosmont with a replica Mk IX Spitfire. Levisham Station was transformed into the German-occupied French village of Le Visham, which portrayed the War from a German perspective in an educational and informative manner.

Expectations currently reflected in the recent Equalities Act mean that the charity must avoid causing offense to any section of the public. The hard work and commitment of the Levisham Station Group Volunteers have provided pleasure to many over the years. However, due to the Trust’s obligation to consider diversity and possible offense, careful consideration has been taken to decide whether it is right for the German re-enactment at Levisham Station to continue.

The railway will now consult with the volunteers based at Levisham Station, and third-party stakeholders to deliver an alternative event that continues to educate passengers on World War II, with an increased focus on inclusion and fun for all the family.

A spokesman for the NYMR confirmed to the NYE that they had decided to cancel the portrayal of Levisham station as a station in German occupied France and withdraw the invitation for the German re-enactment group to attend.

Quoted in the BBC the NYMR said it had withdrawn the invitation was in response to negative publicity in the press following the 2017 event and needed to protect its family image.

One of the re-enactors who has designed scenarios each year with the aim of educating the public, said he was saddened by the announcement and denied that the re-enactors had Nazi sympathies. 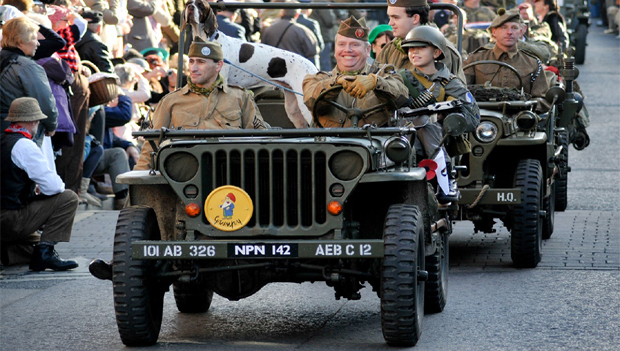 Moving on from the controversy

The NYMR is registered as an Educational Charitable Trust, providing education for all ages by providing a high quality, safe and authentic evocation of the steam age for the public.