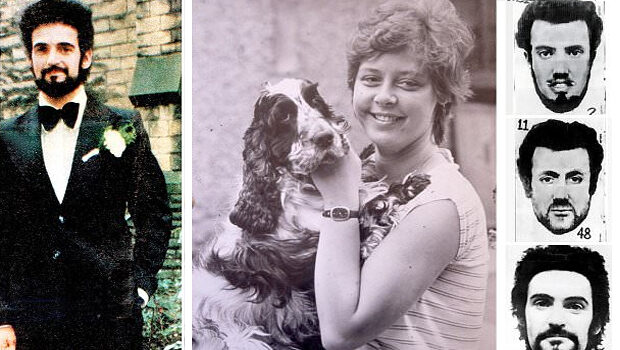 “Yorkshire Ripper” Peter Sutcliffe died on the 13th of November 2020. He is unquestionably the UK’s most famous serial killer. He terrorised the North of England and ran rings around the police for years.

The Yorkshire Ripper investigation is undoubtedly the most important case in the history of policing in Yorkshire. Because of this and the impact it had on policing in Britain, we are giving this story extended coverage.

Tim Hicks and Chris Clark are now arguably the most knowledgeable journalists currently commenting on the case. In this article, they give an overview of Peter Sutcliffe’s crimes, assess the impact Sutcliffe had on people in the North of England at the time and the reason for the failures of the investigation. As a result of new witness evidence, they also reveal two new astonishing aspects of this case, never revealed before.

I do not normally agree with obituaries for creatures like Peter Sutcliffe. My studies of the Kray twins lead me to fear that they may be seen to be glamourising them, or treating them as media or historical figures, when, in fact, they are vile, failed people. However, such is the importance and impact of Sutcliffe on Yorkshire at the time and on policing in the UK, that I think an assessment should be recorded on the occasion of his passing.

A number of obituaries have been written for Sutcliffe. In my view, they are much of a muchness, relying on standard extracts about Sutcliffe, written by journalists that were not around at the time, can’t remember the impact he had, who are not specialist crime reporters and just want to get off a few hundred words as quickly as possible to keep the editor happy. Most of them got the number of attacks wrong and do not tell the full story.

Chris and I do not want to go over the same old ground. We have decided on a different format, based on factual and analytical assessment with a tabular chronology.

Peter William Sutcliffe was born in Bingley in West Yorkshire on Sunday the 2nd of June 1946. His Father was a merchant seaman and mill worker. Peter Sutcliffe was unsuccessful at school and left at fifteen, with no qualifications. He was painfully shy with girls and had been bullied at school, leading him to take up bodybuilding.

Sutcliffe eventually obtained employment as a grave digger, where he mutilated the bodies and stole rings and jewellery from the corpses. This was the first manifestation of his homicidal tendencies.

In 1969, he attacked a prostitute in Bradford with a stone in a sock, accompanied by his friend Trevor Birdsall. He was arrested in Bradford later that year armed with a hammer and convicted of going equipped to steal. It is now clear that he intended to murder a woman. This is held out as his first attack, although the authors disagree with this assessment and believe he had been killing much earlier and was responsible for the murder of Fred Craven in Bingley, in 1966.

In 1971, he worked on the production line at Baird’s Television. He left in 1973 to work nightshifts as a furnace man at Anderton International from April 1973, until February 1975, when he took redundancy and used the redundancy compensation to finance HGV driver training.

Sutcliffe married teacher Sonia Szurma in 1974 and they moved to a house at 6 Garden Lane, Heaton, Bradford.

He had access to cars from 1963 onwards and enjoyed driving. He drove all over the UK both privately for pleasure, visiting relatives in London and Duxford. He was successful in obtaining work as an HGV driver, but was sacked for theft in March 1976. In October 1976, he was employed as an HGV driver for T. & W.H. Clark (Holdings) Ltd. in Bradford. He retained this job, driving an enormous Ford Transcontinental lorry all over the UK until his arrest in 1981.

In October 1975, Wilma McCann was found murdered and horrifically mutilated in Leeds. She was swiftly followed by others and the police slowly realised they were dealing with a serial killer. Anyone who was not alive at the time and living in Yorkshire cannot conceive of the mood of terror and threat in the North the time. Women were terrified, particularly when it became clear that he was not confining his attacks to prostitutes, or to Yorkshire. One of his victims, Tracey Brown (pictured above in the lead illustration), who was fourteen when Sutcliffe attacked, her describes her terrible injuries and the way he terrorised Yorkshire here.

Understandably, women were outraged by the failure of the police to arrest the ripper, and the police advice to stay in. The “Leeds Revolutionary Feminist Group” organised a number of demonstrations of women demanding that men be kept off the streets. Women were carrying weapons and being arrested by the police, and men were being attacked by women  convinced they were the Ripper. Some women approached prostitutes and asked them to stop selling themselves which in turn led to violent confrontations with their pimps. This is covered very well at 29 minutes and 1.15 in this presentation by retired Inspector Tony Davies of the Manningham Division of West Yorkshire Police, which covered the Bradford ‘red light’ district.

Sutcliffe was arrested in 1981 in Sheffield for car theft, because he was in a car with false number plates in the company of prostitute Olivia Rievers. Under interrogation, he admitted being the Yorkshire Ripper.

His defence of insanity was rejected and he was convicted of thirteen murders and seven attempted murders in May 1981. He was sentenced to life imprisonment with a minimum term of 30 years. Theoretically this could have resulted in his release in 2011, but the High Court imposed a whole life tariff.

In March 1984, Sutcliffe was sectioned and sent to Broadmoor Secure Psychiatric Hospital. He separated from his wife Sonia in 1989. They divorced in 1994.

He was attacked by another patient in 1997, losing the sight in his left eye. His right eye was severely damaged.

Sutcliffe was returned from Broadmoor to the prison system in August 2016. He died on the 13th of November 2020 in the University Hospital of North Durham with COVID-19 while serving a full life term at HMP Frankland. He had developed diabetes in 2003, had been ill for some time and was receiving hospital treatment for his failing eyesight.

Sutcliffe was convicted of thirteen murders and seven attempted murders, making a total of twenty attacks.

In addition, he was cautioned for the attempted murder of a prostitute in 1969, but not charged because his victim did not want to press charges.

No charges were preferred against him for the attempted murder of Olivier Reivers in 1981 in Sheffield, because the police arrested him before he could attack her.

In 2010, he appealed the whole life tariff and West Yorkshire Police issued a statement that if he was to be released, he would be immediately charged with another murder (Debra Schlesinger) and another attempted murder (Maureen Lea), to ensure he stayed in prison for life. Poor Debra Schlesinger has never been acknowledged by the media as one of his victims and all of the obituaries I have seen excluded mention of her.

This makes a total of twenty-six attacks, fourteen murders and twelve attempted murders, as shown in Table 1, below.

Whenever a serial killer is arrested, the police perform an antecedent investigation to assess the full range of crimes he may have committed. There were three antecedent investigations into Sutcliffe by Assistant Chief Constable (ACC) Colin Sampson, ACC Keith Hellawell and Chief Constable Sir Lawrence Byford (NYE coverage here). Such is the controversy over the Yorkshire Ripper that they have never been fully released.

“We feel it is improbable that the crimes in respect of which Sutcliffe has been charged and convicted are the only ones attributable to him.

It is my firm conclusion that between 1969 and 1980 Sutcliffe was probably responsible for many attacks on women, which he has not admitted, not only in West Yorkshire and Manchester but also in other parts of the country….”

This makes a total of forty-five attacks, not the twenty generally credited in the media.

The authors would emphasise that these figures are based on official police assessments, not the work of the authors or other journalists.

Sutcliffe was undoubtedly guilty of many more attacks. A detailed chronology of Sutcliffe’s life can be seen in tabular format below, specifying the full range of attacks the authors believe he was responsible for.

Assessment: How was he able to evade detection for so long?

In the authors view there are a number of reasons for this:

There is very little doubt that most forces faced with an investigation of this magnitude would have failed. There were however specific factors relating to West Yorkshire Metropolitan Police and the investigation team, which are set out below: 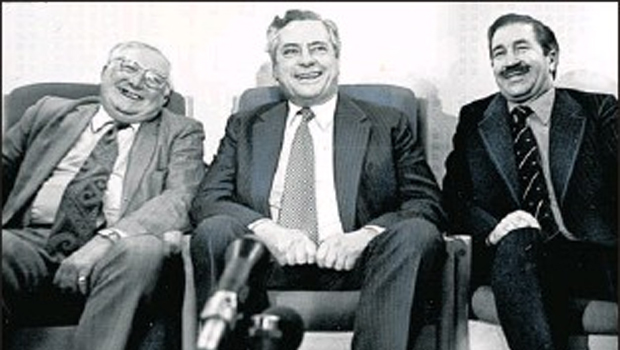 Sir Lawrence Byford’s report on the failure of the Yorkshire Ripper investigation led to the to the introduction of a standardised cross referenced index card system across all forces in 1983 and the Association of Chief Police Officers (ACPO) standard manual procedures in 1984. This included standardisation of card index systems across all forces and then the implementation of the HOLMES (Home Office Large Major Enquiry System) which revolutionised policing. Thereby preventing the information overload that destroyed the Yorkshire Ripper enquiry.

Sir Lawrence oversaw these improvements, which are still present in the British Police Service today, which is much improved as a result of the failure of the Yorkshire Ripper investigation.

Following the Black Panther fiasco, it took a disaster of the size of the Yorkshire Ripper investigation to force the police to acknowledge its failings and improve.

Debra Schlesinger and the other ignored victims

When the full scale of the police failure became known, there was a furore of criticism of the police, with calls for a national police force and for every Chief Officer of West Yorkshire Police to be sacked. Hence no doubt the reason that Chief Constable Gregory followed a policy of not admitting to the real number of victims.

Needless to say, no Chief Constable wanted his force to be associated in any way with this failed and controversial investigation. Nor did they want to expend resources on investigating the crimes of a man that was primarily seen as a West Yorkshire Police problem who was in prison for life. So this, coupled with the impact of the Charlesworth Criteria prevented the identification of all of Sutcliffe’s crimes, as more information came out.

According to this BBC Report, in 2016 detectives from West Yorkshire Police interviewed Sutcliffe in prison about 17 unsolved cases. Even now, the full police assessments of his crimes have not been fully released and it is unclear how many victims he had.

Retired Police Intelligence Officer Chris Clark has nevertheless continued to pursue the investigation into the full range of Sutcliffe’s crimes, in conjunction with the NYE.

The chronology above includes all of the murders and attempted murders Chris believes Sutcliffe should be a suspect for. He is currently lobbying the Prime Minister and the National Crime Agency to conduct a full review of Sutcliffe’s crimes.

In another first for the NYE, this aspect of Sutcliffe’s offending has now been covered in the national press. Sunday Mirror article here.

The NYE will continue to try and raise the issue of the unacknowledged victims to try and obtain some final credible assessment of Sutcliffe’s crimes, justice for the victims and closure for their families.