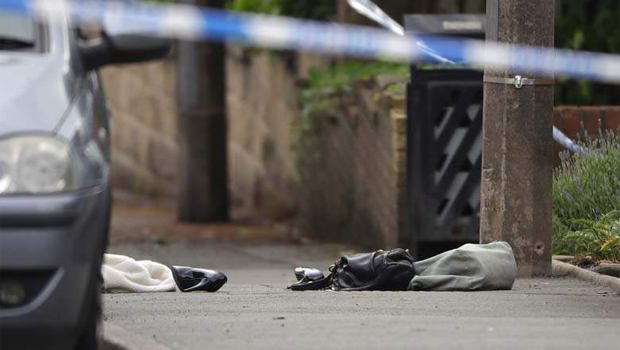 The Prime Minister of the United Kingdom, David Cameron, has taken to Twitter and is using the murder of Batley & Spen MP Jo Cox to campaign for Remain votes.

Jo Cox's strong voice in the campaign to remain in the EU will be badly missed. Her final article, published today: https://t.co/dDgRr2Won3

Will Straw, son of former New Labour Home Secretary Jack Straw, Executive Director of the Britain Stronger In Europe Campaign, is also using the death of Batley & Spen MP Jo Cox to campaign for Remain in the run up to Thursday’s once-in-a-generation EU Referendum vote.

Straw’s email was sent yesterday evening to all people signed up to the Britain Stronger In Europe campaign. 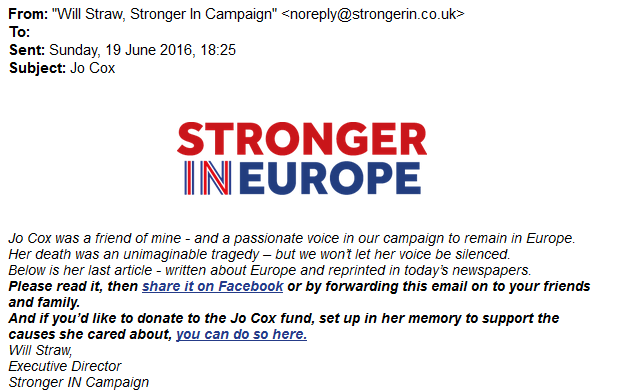 It seems there are no depths which the Britain Stronger In Europe Campaign will not plumb to get the desired result of Britain staying in the European Union.