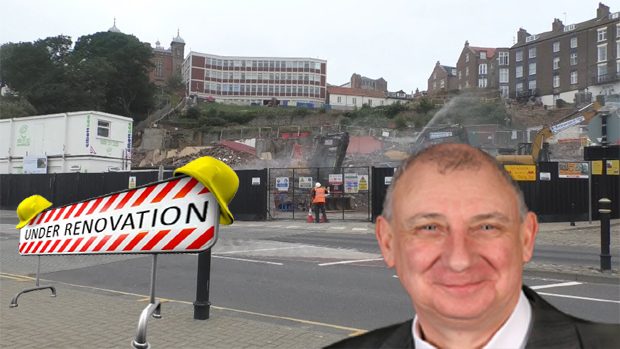 Guest Author Councillor Norman MURPHY, Deputy Leader of the Independent Group at Scarborough Borough Council, speaks from the inside, echoing and corroborating points raised by the North Yorks Enquirer regarding the demolition of the Futurist. Tell ’em, Norm.

I have read with great interest the many comments on the Flamingo Land proposals for the Futurist site published recently in several media outlets. Although most people who commented on the Flamingo Land proposal have disliked what they have seen, I accept, that there are a few people who, incredibly, see their offer as acceptable, indeed some actually welcome it. However, it is glaringly obvious, that the vast majority of residents seem to be, sensibly, totally against this proposal.

Indeed, Gordon Summerville, the Council’s former Head of Planning, said recently that “far from being the exciting scheme envisaged by the Council, it is one of the worst proposals the planning department will have seen in decades”. While President of Scarborough Civic Society, Adrian Perry, said he had already received ‘quite a lot of emails of outrage’ from the public and he himself is not pleased with the intrusion of the new winter garden circular glass box in St Nicholas Gardens.

This view has been echoed by Chris Hall the Council’s former Head of Conservation, who wrote that “Rollercoasters and a 60m tower-ride have no place right in the middle of England’s most attractive resort and will ruin the much loved panorama of the castle, Grand Hotel, Spa harbour and beach”. Consequently, with these damming condemnations of the scheme it is not hard to understand why most rational Scarborough people object so strongly to the Flamingo Land proposal. So, if most people are against the proposal being offered by the preferred developer, Flamingo Land, it seems only fair to ask: how did we get to where we are now?

On 20th January 2017, the North Yorks Enquirer published an article by Nigel Ward entitled “SBC: Dispatches From The Swamp”, in which Mr Ward pointed out that at the February 2016 Council meeting a budget of £4M was allocated to:

However, it soon became apparent that what the Leadership of the Council really wanted to do with the £4 million, even though they had not specifically said so, was to use the money, not to redevelop the theatre, but to demolish it.

In an effort to try and clarify the situation, Councillor Janet Jefferson and myself, both strong supporters of the Save the Futurist Theatre Group, had a private meeting with SBC Finance Director, Nick Edwards, and questioned him on this point. His response was that he regretted any perceived ambiguity in his report but the fact now remained that we had voted to allocate money for the demolition of the theatre not, as we thought, to regenerate it.

We had, I firmly believe, been deliberately misled and were, yet again, the victims of a classic example of  the Town Hall’s warped and twisted interpretation of their laughable policy of “openness” and “transparency”.

Nonetheless, although the Leadership in the Town Hall had now got the finance to knock the theatre down, the vast majority of residents and many visitors were totally opposed to the proposed demolition of the Futurist.  This opposition soon grew and led to thousands of individuals, and several influential and knowledgeable groups, appealing to the current Leadership to reverse their decision.

There were several well-attended meetings at the YMCA and even on a freezing cold January night, hundreds of people turned out to protest against the Councils intention to smash to pieces an iconic part of Scarborough’s built history. However, our leaders were not listening and a few months later the current Council Leadership totally ignored the residents’ wishes and voted to pull the Futurist down; getting their way by the means of just one vote. Although there was overwhelming support for saving the Futurist, the current Leadership just brushed aside the residents objections to the demolition and used every means at their disposal to get their own way.

Nevertheless, although the Leadership have got their way, many residents are still disgusted with the Council for having spent now over £4.5 million of our money pulling the Futurist down, and who knows what the final bill might be, £10s of millions possibly. Moreover, it seems highly likely that they will sell the site to Flamingo Land for peanuts.

Quite rightly, many people object to this sale and want the site put out to tender to try and establish how much it is really worth, and I totally agree. I am convinced that this prime site is worth a lot of money and that there will be developers out there, keen and eager, willing to offer us something better than the Flamingo Land plan.

Moreover, many residents are worried, and indeed all residents who pay Council Tax should be very worried, if the current administration are returned to power in May then they will almost certainly approve, what many people believe is already agreed, a Council loan of millions of pounds of rate payers money to Flamingo Land to build something that the vast majority of residents, and now including Scarborough Civic Society, do not want.

However, not doing what the people of the Borough want seems to be a consistent trait of the current leadership of the Council and coincides with the often repeated view, heard all over the Borough lately, that the present Council couldn’t “give a damn about the opinion of the people of Scarborough”. The proof that this is truly the case must surely be crystal clear from the current Councils, previous actions, and their ongoing total disregard of residents views over, issues, such as the demolition of the Futurist.

Consequently, it is said by many people that the current leadership in the Town Hall will pay at the ballot box in May for their arrogant and high-handed behaviour over the demolition of the Futurist. Indeed, the Town Hall’s total disregard of people’s views over many schemes and projects that they have inflicted on residents against their will, has, it seems, really incensed people.

Not perhaps surprisingly, therefore, some people are so disgusted with the actions of the present leadership of the Council that they intend to seek election to the Council to try and prevent, those who seem intent on ruining Scarborough and bankrupting the Boroughs residents, regaining power.

For my part I wish all those opposed to our current masters, who want to stand for a seat on the Council, the best of luck. Indeed, should any of you be intending to stand on an Independent ticket on 2 May, although of course time is short, please do not hesitate to contact me on 01723-370965 and I will be very willing to give you as much support and advice as I can. As for the rest of the Borough’s residents all I can say is if you want to be rid of the dead hand of party political politics there will be plenty of Independent candidates available to vote for on 2 May. Enjoy. 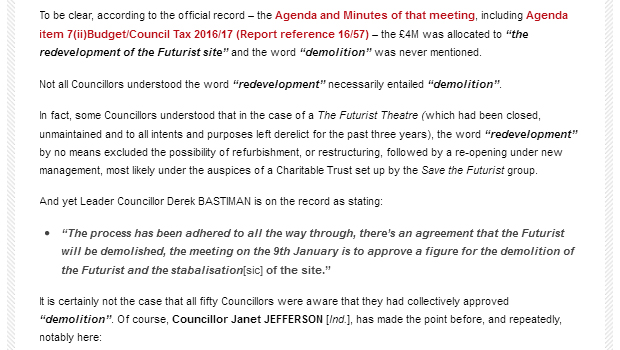 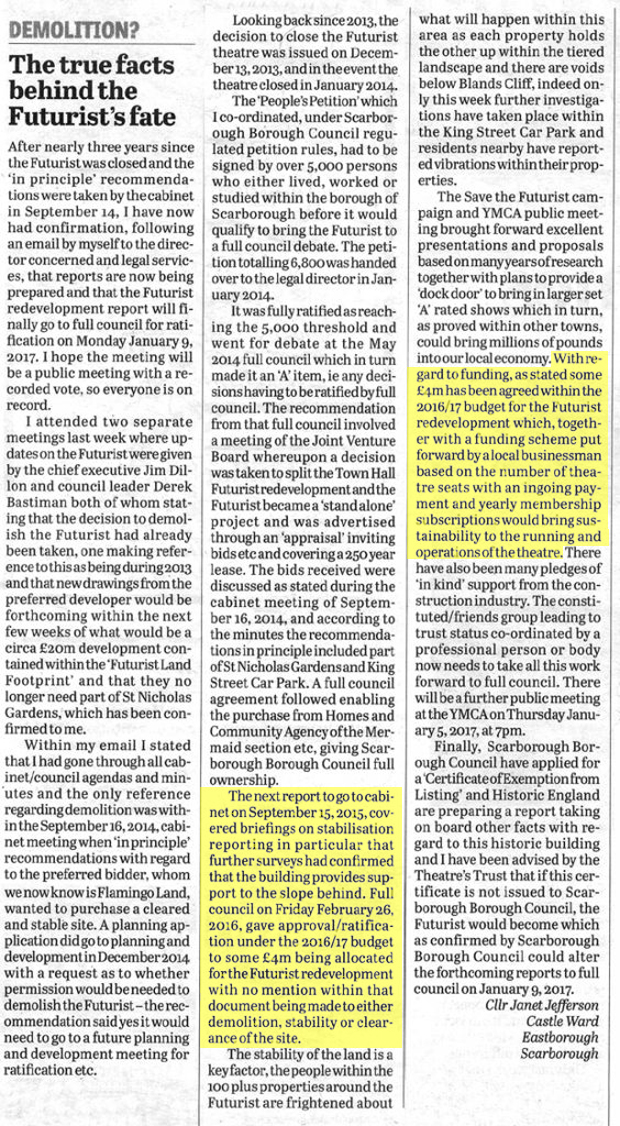