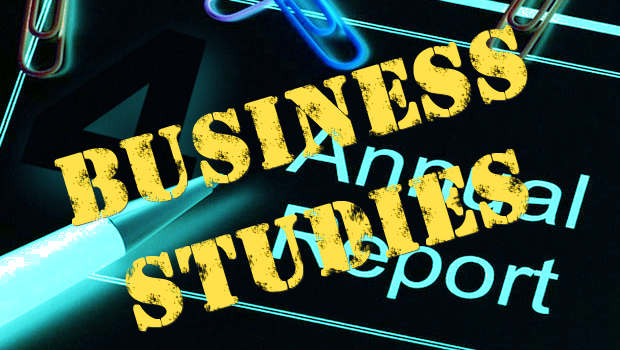 Guest Author STORMIN’ NORMAN MURPHY concludes his four-part his summing up of the Pimpernel’s year in office.

Report compiled by form teacher Mr Nick Leeson, formally of Barings Bank which, in 1995, went bankrupt because Mr Leeson gambled away £827 million of the banks money on dodgy stock market deals. He did, however, leave his former employers a note saying “I’m sorry” before fleeing to Singapore. Politeness, while robbing people blind, is always welcome at Clown Hall High.

Mr Leeson’s work is being overseen this term by newly appointed Head of Department Mr (formally Sir) Fred (the Shred) Goodwin. Mr Goodwin, who has been in retirement for many years, has kindly agreed to join us for a term. He was, as some of you may remember, responsible for nearly bankrupting the country in 2008 when, as head of Royal Bank of Scotland, he caused the bank to lose £24.1 billion, the largest annual loss in UK corporate history.

With this outstanding track record we feel Mr Goodwin will fit in perfectly with the ethos of “squeeze-um until the pips squeak” that we always try to encourage at Clown Hall High.

Sadly, it has to be acknowledged at the outset of this report that Wally has, throughout his first year as Head Boy, shown no interest or ability in Business Studies. Whether his interest in the subject will improve if he manages to hang on to power in the new term is, of course, unknown, but it is thought unlikely and the department is rapidly coming to the conclusion that you should, as the old saying goes; Never try to teach a pig to sing. It wastes your time and it annoys the pig.

That being said, however, it is annoying to note that although Wally seems to understand that his primary objective as Head Boy at Clown Hall High is to squander fee payers’ money like a compulsive gambler in a rigged casino. He is so incompetent that, so far at least, he has failed miserably to deliver us any significantly juicy projects.

His first squandering opportunity, the establishment of a temporary toilet block on the Albert Drive, while a good opening project, ultimately delivered nothing for the school and has turned out to be a total failure. All Wally managed to achieve after paying out £50,000 of fee payers’ money was three months hire of a scabby porta-cabin with a couple of bogs in it. Wally’s solution to the bogs problem was about as effective as putting lipstick on the pig.

A more sensible solution would have been to get the lads in the woodwork department to knock up something similar; it would have been a fraction of the cost, and the money saved could have paid for the Barbados trip, and the bogs could have remained in place until, like everything else, they fell apart.

Now the hired bogs are gone and our fee payers haven’t got a pot to piss in and it don’t look like they are going to get one any time soon. Although we couldn’t care less about the fee payers’ inconvenience, things like this make us look even more stupid than we actually are.

The £22 million Argos fiasco looked as though it would be a great little earner for Clown Hall High, villas in Tuscany all round maybe, but it looks like Wally has cocked this deal up. Although his initial success in getting the deal agreed by the debating society (Full Council) by telling them that,as part of the development they would get a Town Square out of the deal, was inspirational.

However, failing to acquire any of the properties needed if this promise were to be fulfilled has now alerted fee payers to the question that there may never have been any real intention to create a Town Square and that its inclusion was just another worthless promise made to get the deal passed.

Wally’s attempts to have the Futurist site developed are also rapidly descending into fiasco. As tutors, we actively encourage Head Boys to engage in underhand and behind-closed-doors deals with developers but such diabolical dealings should never be allowed to go public.

It is bad enough that it is already common knowledge that Wally fully supported pulling down the Futurist and giving the cleared site to Flamingo Land and only voted against the demolition at the last minute when he saw electoral advantage.

Not that we care about that, but, when he got the job of Head Boy, he recklessly intimated that the deal with Flamingo Land scrapped and to re-tender the site. Now it has recently come to light that Wally appears to have no intention of having the site re-tendered and that secret deals with Flamingo Land are ongoing and that to sweeten the deal he is now chucking in St Nicholas Gardens.

Now although there will be lots of gravy for everyone if Wally pulls off the deal with Flamingo Land, if the fee payers find out they are being shafted again they might turn ugly. Most of us remember how nasty the fee payers got over the Sea Wall fiasco.

Had the then Head Girl kept secret that the cost of the project had doubled from £28 million to £56 million and that tutors were in effect giving the developers what amounted to blank cheques everybody would have been alright. But the pesky fee payers somehow found out and called in that busy body district auditor.

His involvement forced several valued tutors to take early retirement. Depriving them of many years of relaxed and overpaid employment and an even larger pension. No-one in the faculty at Clown Hall High, least of all Big Chief Greene and Bursar Edwards, I am sure, wants a repeat of that performance; thank you very much.

Recommendation: Wally looks like a lost cause to me and if he has any sense he should apply pronto for the tour guide job in Italy, mind you, on present form, it looks like he will probably balls that up as well. Mind you, as long as we get on the Barbados trip, who gives a flying f*** about Wally?