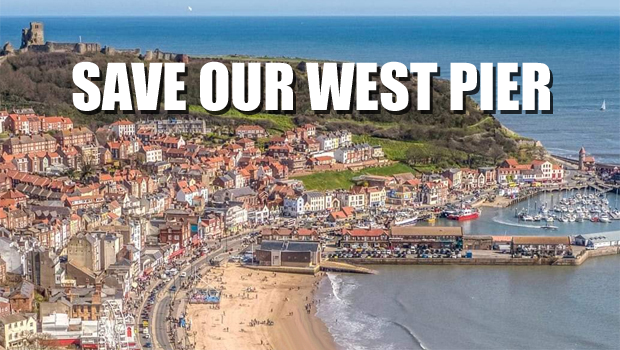 By way of background, on 31st May 2022, the Scarborough Seafront Community Action Group (SSCAG) published its first Open Letter addressing SBC Leader Councillor Steve SIDDONS on behalf of its 100+ membership on the subject of their universal opposition to the Council’s proposals to ‘regenerate’ the West Pier.

The Open Letter elicited  a high-handed and antagonistic response in the form of a Statement entitled “False claims about plans for West Pier redevelopment dismissed as “nonsense”“ on the Council’s website – the so-called “Fantasy and farce” Statement. See a full analysis of the SBC Statement here.

On 10th June 2022, following adverse criticism of the Council in local and regional newspapers and on BBC television, Councillor SIDDONS sent a further response to SSCAG Chair, Mr Peter LEE, co-signed by a Mr David KERFOOT CBE DL, of Northallerton, who is apparently Chair of the Scarborough Town Deal Board, elected to that arcane body on account of his encyclopaedic knowledge of Scarborough, gleaned through many decades of conspicuous invisibility in the town. (Nobody seems to know who he is but he seems to have had the right ‘profile’).

Though signed off by SIDDONS & KERFOOT, under a SBC letterhead, the letter sports all the hallmarks of Officer authorship – circumlocution, repetition, obfuscation, fantasy and fartz.

Mr Peter LEE has requested that the Enquirer publishes the SSCAG’s second Open Letter – the first part of a more detailed response to the SIDDONS/KERFOOT 10/06/22 letter.