In my recent article “S’borough Town Deal Board: Credibility Sullied” (pub. 02/12/22 ), I expressed the opinion that the STDB had failed to examine the SBC Report on the proposal to ‘regenerate’ the West Pier with sufficient diligence and had been essentially bamboozled into supporting the proposal.

My critic suggests that this is untrue and that, in fact, the STDB’s consideration of the proposal was thoroughgoing and ‘in depth’.

I refute that counter-claim.

I refer readers to an article submitted by NYE Harbours correspondent Allan ROBERTS, published eight months ago on 11th April 2022 and entitled “Town Deal Board Hood-Winked?”. Had the members of the Scarborough Town Deal Board (STDB) taken the trouble to read and digest Allan’s article, they might have spared themselves considerable embarrassment.

Allan must have examined the same sources as me – the Minutes of the STDB meetings – which confirm that between Jan 2020 and June 2022, the STDB  held 19 meetings. Throughout the length and breadth of its deliberations, Scarborough Harbour was discussed on just four occasions. Sir Robert Goodwill attended only two of those meetings. In fact, the words “West Pier” are recorded only twice in the entire record! Only Mr Richard GRUNWELL expressed the slightest concern about any potential ill-effect on the fishing community. The remainder swallowed SBC Project Manager Helen JACKSON’s blather hook, line and sinker.

Copy/pasted below, directly from Allan’s article, are all four relavent extracts from the Minutes of those STDB meetings:

‘The project team have completed proformas for three projects including,

[Sir Robert Goodwill did not attend]

Helen Jackson confirms that it has been accounted for.

Richard Grunwell (Scarborough Businessman) supports the project but questions the projects impact on the fishing industry if it starts to improve.

Helen Jackson  states that the project has dual aims in order to support both the fishing and tourism industry. With the buildings for the fishing industry able to be adapted if needed.

Mike Greene confirms that the cost of the project is due to the condition of some of the buildings on the Pier.

David Kerfoot (Chairman) proposes the board supports the Scarborough Harbour and West Pier project. The project is supported by the board and is passed unanimously.’

[Sir Robert Goodwill did not attend]

The following link accesses the STDB website, where meeting Minutes may be reviewed and Board Members may confirm for themselves exactly how negligent they have been:

Let me spell that out, quote by quote:

Some in-depth scrutiny! In fact, none at all. Mr KERFOOT (pictured above), who has risen to some prominence in a rural habitat – not coastal one,  obviously takes the view that if SBC says it is so . . . then fine, fine, fine; it must be so. I know better. Wanna buy a cheap Rolex, David?

Hopefully, unbiased readers will now accept that the Minutes show that the STDB has, at best, shown a very casual attitude to the proposed re-purposing of Scarborough’s historic Harbour. Some would say “cavalier”. I am one of the “some” – and my opinion rests on the official record.

I conclude my case by challenging David KERFOOT MEB DL (Chair of the Scarborough Town Deal Board) to convince me otherwise.

Failing that, Mr KERFOOT, you owe a sincere apology to the people of Scarborough, whose maritime heritage you have glossed over with nary a thought.

Show me your homework, David – or withdraw your Board’s support for this madcap nonsense. 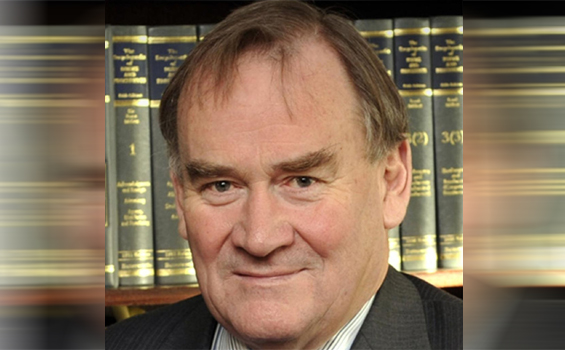 A lone but swiftly silenced voice.