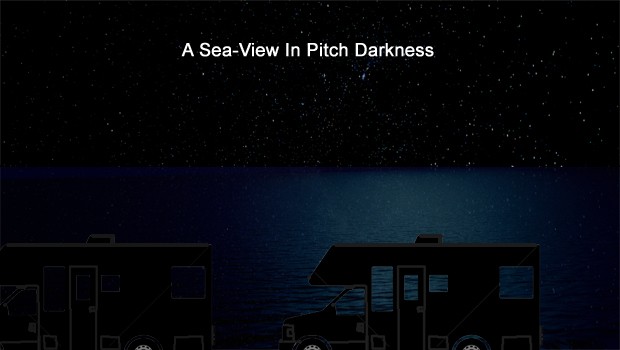 There has been great contention, going back at least four years, over the matter of motor-homes parking overnight on the sea-front in resorts along the Scarborough Borough stretch of the North Yorkshire coast – administered by SBC on behalf of North Yorkshire County Council (NYCC) Highways (Area 3) – with no propsect of resolution in sight.

The following articles on the Whitby Gazette web-site give something of the flavour of the row.

The County and Borough Councillor who has been at the heart of the action, championing the cause of the hoteliers who hold a personal interest in the prohibition of overnight parking by motor-homes, is Joe PLANT – he of “Me Too!” and “Double-dipping” fame, the self-vaunted saviour of the Whitby Piers (with a little help from his ‘friend’ Robert GOODWILL).

The crux of the problem is neatly summed up in the opening paragraph of the following article:

That was nineteen months ago. Since then, NYCC has been pulling out all the stops to plug the leaks in the regulations.

The latest round of consultations concludes today – the last day that the newest proposals are open to challenge.

It is important at this point to emphasise that challenging these proposals is not for one moment about whether or not it is “a good thing” to prohibit overnight parking by motor-homes on the sea-fronts of the Borough.

It is about ensuring that local authorities do not exceed their authority to impose regulations that are unlawful.

This is an important step towards ensuring that local decisions are determined democratically and not on a tilted playing-field contrived to serve only one sector of the crony community.

With this in mind, I commend to readers parking-campaigner Andy STRANGEWAY’s letter of objection, emailed to NYCC’s Legal Officer (Environment), Richard PENNELL, followed by the NYCC Statement of Reasons itself.

Before reading, let us be mindful of the following aphorism:

“Local Government is a master plan devised by geniuses, for execution by imbeciles.”

The National Motorhome Organisation object to the proposed order restricting the parking of Motor Caravans between the hours of 23.00 and 07.00 for the following reasons:

The following are objections with regards the Statement of Reasons:

The above 17 points clearly demonstrate that the Statement of Reasons is either unsubstantiated, false or in breach of fundamental legislation.

For the above reasons the “No Motor Caravans” order cannot be introduced.