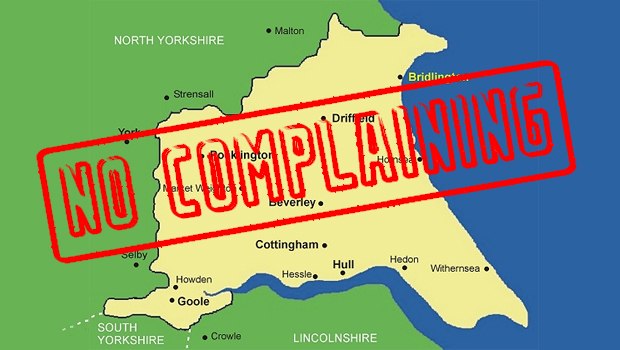 Regular readers will be aware that I have been drawing the attention of the public to the total inadequacy of our various public authorities’ Complaints Procedures for a number of years now.

Many of my articles have concerned themselves with the ludicrous Complaints Procedure at Scarborough Borough Council. I have also criticised the Complaints Procedure of the North Yorkshire Police – and even the North Yorkshire Police & Crime Commissioner, Mrs Julia MULLIGAN, has publicly agreed with me, describing it as ‘Not Fit for Purpose’.  My exchange with her on that subject is recounted here.

Many of my article have dealt with the Complaints procedure in respect of breaches, by Councillors, of the Councillors’ Code of Conduct, as fudged by the Localism Act 2011. Today, I turn my attention to the handling of Formal Corporate Complaints against Council Officers – this time at East Riding of Yorkshire Council, as chronicled in a hitherto unpublished (as far as I can ascertain) letter to ERYC Chief Executive and Head of Paid Service, Mrs Caroline LACEY, announcing the ERYC 2016/17 Annual Review of the Local Government & Social Care Ombudsman (the ‘LGO’), dated 20th July 2017. The Ombudsman examines Complaints Decisions made by the Council. 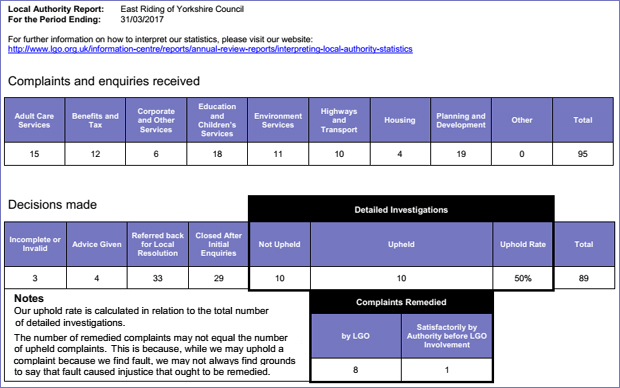 The table tells us that ‘Decisions’ were made in 89 of the 95 Complaints. 3 were adjudged ‘Incomplete or Invalid’; 3 remain undisclosed.

Of those 89 Complaints, only 10 were ‘Upheld’, 8 of which were ‘remedied’ not by the fair judgement of the Council (who remedied only 1 Complaint freely and of its own volition), but by the intervention of the LGO. Regarding that single ‘remedy’ provided by the Council, we are not informed about the Complainant’s satisfaction (or otherwise) with the appropriateness or extent of the ‘remedy’.

Prospective Complainants may (rightly) feel daunted by the lengthy Corporate Complaints Procedure – which requires them to set out the nature of their allegations in a formal way, including providing documentary evidence, audio/visual evidence, statements of witnesses, etc, and defining which particular article(s) of statute or guidance the Complainant believes has been breached by an Officer of the Council or the Council (the body corporate) itself.

And this is just the start of Stage One of the Corporate Complaints Procedure.

Only when the Stage One element of the Corporate Complaints Procedure has been dismissed (as is almost invariably the case) may the Complainant move on to a Stage Two Corporate Complaint, which will require a detailed rebuttal of all reasoning behind the Dismissal of the Stage One Complaint (a Dismissal drafted, of course, by a practising – and well-practised – local government solicitor) and provide such further compelling evidence of the breach(es) as may stand to reverse the Decision. The whole tenor of the attendant correspondence is geared to creating the impression of a quasi-judicial process both baffling and intimidating to the ordinary Joe.

In due course (and in many cases, to my personal knowledge, several months may by now have elapsed), a Decision will be handed down on the outcome of the Stage Two Corporate Complaint. In the event that this outcome is a further Dismissal (1 out of 95 resolved ‘in house’ by the Council rather speaks for itself), the Complainant is free to take her/his Formal Corporate Complaint to the Ombudsman (LGO) – assuming, of course, that the Complainant retains the will to live. In my experience, few Complaints do.

The LGO concedes as much:

Nevertheless, the LGO Review tells us that, in 2016/17, a total 95 ERYC Complainants went the extra mile – of which, only 9 achieved any sort of a favourable result.

But for those who do decide to take it all the way to the Ombudsman, what awaits is a seemingly endless round of correspondence requesting clarification, additional information and copies of this and that, seemingly ad infinitum. I know; I have been there.

As we have seen (referring to the above table), the LGO subjected only 20 of the 95 post-ERYC Complaints to the rigours of a so-called Detailed Investigation, upholding only 10 of those, and ordering the ‘remedy’ of only 8 – again begging the question as to how satisfactory the Complainants considered their respective ‘remedies’ to be, proportionate to the gravity of their Complaints.

One particular sentence of the LGO’s letter took my attention:

I have been unable to locate ERYC Monitoring Officer Mathew BUCKLEY’s Report to Full Council, as required under s.5.2 of the LGHA’89.

I would like to know how many of ERYC’s 67 elected Councillors have read it and given it due consideration.

And I would like to know how many of them truly believe that only 1 out of 95 Corporate Complaints was grounded and required remedy without reference to the Ombudsman and, therefore, that only once during the 2016/17 Council year did a Council employee actually make a mistake.

Of course, the only alternative explanation is that the Council’s Legal department has successfully swept all but 9 out of 95 Formal Corporate Complaints under the carpet – granted that the LGO did retrieve 8 of those.

Forgive me for concluding that the ERYC Corporate Complaints Procedure is an expensive and wasteful cover-up machine designed and refined to exculpate rogue Officers. In point of fact, it should be self-evident that as long as our public bodies are entrusted with the investigation of complaints against themselves, this recipe for cover-up will continue to protect the dishonest and reward the incompetent.

The LGO appears, for the most part, to be a willing accomplice.

On a more positive note, I look forward to the opportunity to report on a serious Formal Corporate Complaint in the not-too-distant future.
~~~
NB: I have asked Mrs LACEY to comment but no response has been forthcoming. I have also, on several occasions, volunteered my assistance free of charge to assist Mrs LACEY in the arduous and no doubt lengthy task of bringing her Complaints Procedures up to something approaching an acceptable standard. No response has been forthcoming on that, either. I can only conclude that Mr LACEY must be content with the present arrangements – which allow the guilty to walk free and, as often as not, be rewarded for their failures and/or lies. 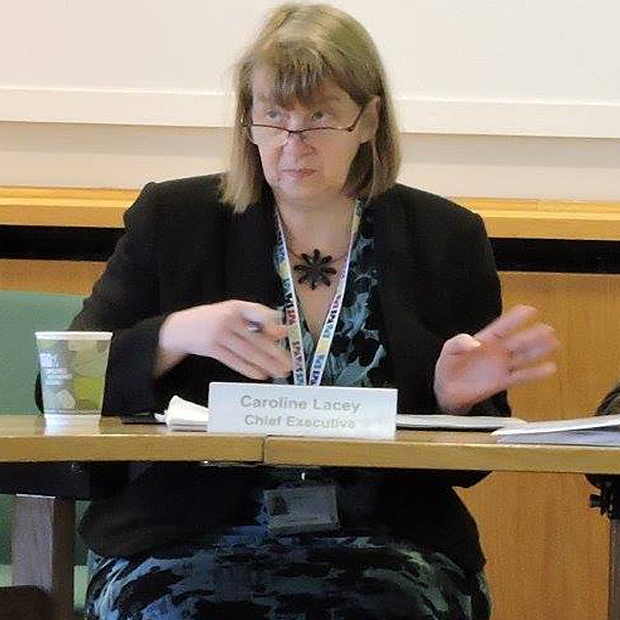 NB: I have cropped Mrs LACEY’s image at the knee to spare any discomfort.