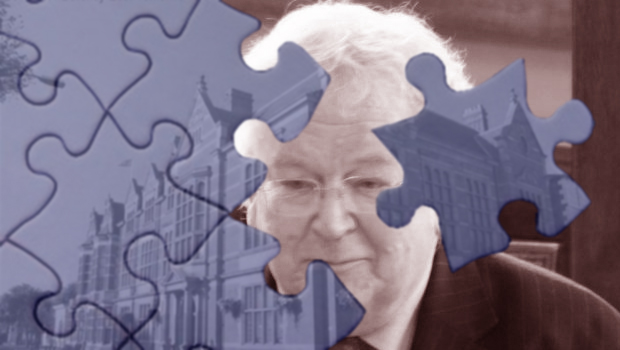 Mr Richard WILSON – familiar to regular readers as a fellow investigator who has long sought to bring ERYC Leader Steve PARNABY [Con.] to account – has challenged Mr PARNABY to stop skulking behind the ranked masses of his Officers and personally respond to questions, concerns and allegations of corrupt Planning decisions on-going for some years. Here’s betting that he won’t.

I here reproduce Mr WILSON’s email to the Leader:

I write in support of Mr Ward’s email to Mr Buckley (below) and will be interested to see his reply.

The time for honest and properly evidenced information from ERYC came long ago and as you know, others are monitoring these exchanges.

I now ask for yours.

You are the council leader and chief local government decision-maker in the East Riding. Like the prime minister, you chair a cabinet, and you have chosen to remain in this position for many years.

Yet, astonishingly, and maintaining complete silence, you have handed over to council officers – civil servants –

b) The defence of your personal conduct.

Those monitoring this correspondence will be asked to judge whether or not this is how things should work.

A council legal officer is not your defence solicitor in matters of your personal conduct in office, and if s/he acts in this way, can be accused of collusion with that behaviour.

ERYC has not contested my statement that senior council officers have a duty to the electors, and that includes warning and advising councillors about such matters as duly observing planning and legal requirements and government directives, the Nolan principles of good government, and matters of personal conduct in office.

ERYC has been given multiple opportunities to contest my statement that from ERYC’s founder-CEO and founder-senior legal officer onwards, that necessary advice appears not to have been given, and has not done so..

ERYC has not contested my frequently-stated view that from ERYC’s inauguration to 2016, planning decisions made by you and your colleagues – with no evidenced planning explanation at the time – visibly diverge from ERYC’s inherited and legally adopted pre-2016 Local Plan, in disregard of planning law which requires that explanation.

Why have you remained silent on the issue of ERYC’s handling of the St William’s College sex abuse case?

I formally request that as council leader you now accept the responsibility that your office carries, of finally and yourself addressing and responding to the many questions that have been put to you concerning a) ERYC’s behaviour and decisions over many years, and b) those concerning your own personal conduct.

Your continuing silence on these matters has come to have meaning.

As you are aware, I have taken a close interest, over a longish period of time, in the numerous allegations made against your Leader (pro tem), Councillor Stephen PARNABY [Con.], and your Director of Planning & Regeneration, Mr Alan MENZIES. It cannot be gainsaid that there have been plenty.

As you may readily imagine, I have been preparing a definitive article, or series of articles, setting out the whole nine yards, stitch by stitch.

In the light of the correspondence copied below (which, in my view, closely tallies with information from a number of other sources), I feel it is necessary, in order to ensure a fair and balanced representation of the available facts, to allow you an opportunity to address the allegations and the Council’s (including your own) response to the allegations; to give you, in short, this opportunity to provide a comprehensive explanation of the true facts, as you see them, and a clear rebuttal of any allegations which you assert to be ill-founded.

I do appreciate that you have a job to do and that one part of that job is defend the actions of elected members and paid public servants, in the interests of maintaining or restoring public confidence in the Council. Nevertheless, the tangled web that has been woven now threatens to impugn your own integrity.

I therefore appeal to you formally and concisely to state the Council’s position and, beyond that, to provide a personal statement regarding your own part in the matter, that the public may clearly apprehend the realities behind the spin. If all is in order, now is the time to provide a credible, indeed compelling, explanation. It better be good.

In the absence of such frank and honest explanation, the public may be forgiven for surmising that Planning matters at ERYC may have been conducted improperly and for private gain. This, clearly, impinges on the Council’s good standing for, as Transparency International has rightly defined:

I am sure you perceive that any failure to address these issues publicly and in an exhaustive manner will render a great disservice to elected members and employees who have played no part in any putative wrong-doing, but are now at risk of being ‘tarred with the same brush’. As to your own actions, a great deal hangs on whether you have been misled by others or wittingly engaged in a conspiracy. Now is the time to settle that question publicly, lest silence provokes an inference of guilt.

I hope that you will not dissapoint me in this reasonable request for clarity. Thank you.

Here follows Mathew BUCKLEY’s insolent letter to Mr Richard WILSON, slamming the door in his face, which typifies the way in which serious concerns have been swatted away by Officers for Councillor PARNABY, who has offered neither the public nor his fellow Councillors a coherent explanation of his conduct in regard to a series of suspect Planning decisions – most recently, the Bridlington (Belvedere) Golf Club redevelopment proposals.

Thank you for your email. I intentionally did not address the points that you have raised in your numerous emails because in my view they have been addressed*** more than once. I was simply trying to point out why , from a pragmatic point of view , you may wish to move on from this matter for fear that it may come between you and your senses. The situation is very simple. A decision was made to allocate*** land for development on green field sites around Beverley. You regard this as sacrilege. However simply because you do not agree with this decision that does not make the decision unlawful nor does it show that those who were involved in the decision making process were in any way at fault. There is nothing for those involved to be ‘ held to account for ‘ because they have done nothing wrong. You can repeat all of the tittle tattle that you read on the web about officers and Members at this authority but that does not make that tittle tattle any more than that. It is rumour and innuendo with not a shred of actual evidence to back it up. The reason we do not enter into discussions with those who peddle it is because we know that their minds are already made up and to seek to persuade them otherwise would be , to quote the Mandarin proverb , ‘ Playing the Qin to a Cow. ‘ Take care of yourself. However I am not going to correspond with you any more about these matters.