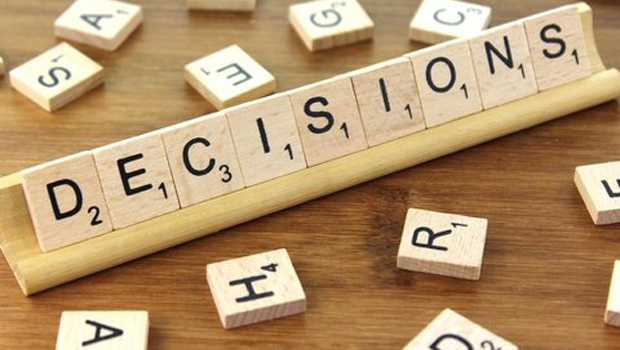 A Letter to the Editor from former Scarborough Borough Councillor NORMAN MURPHY, who is the Secretary of the SBC Independent Group, commenting on the hot issue of the moment – the common thread of poor decision-making, not excluding the furore over the Yorkshire Coast BID. One is free to speculate on whether or not NORMAN’s views may be taken as an indication of which way the Independent Group is intending to vote on next Monday’s Full Council Motion:

Motion
I therefore propose that in the interests of prudence and good practice, this Council instigates aindependent and impartial investigation of the legitimacy of the Yorkshire Coast DBID ballot process.

Since NORMAN is no longer a Councillor, he cannot be accused of ‘predetermination’ . . .

As many of your readers who have had the misfortune to witness the antics of the various Tory leaders of Scarborough Borough Council over the last twenty or so years will know (only too well, sadly), their ability to make bad decisions was pretty much limitless. In the late nineteen nineties, we were treated to the fiasco of the residents parking scheme. This disaster was followed a few years later by the introduction of the totally useless, and hideously costly, Park & Ride project.

Then we had the multi-million pound disaster known locally as the Marine Drive Sea Wall Catastrophe, which saw the totally inept Council, completely out of its depth, trying to have rock armour installed around the Marine Drive. A project that was so badly supervised by the then Tory leadership that it took an additional eighteen months to complete and cost double the estimated price.

However, there are few who would argue, I would suggest, that the most idiotically stupid project that the Tory leadership ever undertook was their cunning little plan to knock down the Futurist theatre. This decision was taken even though virtually every resident of Scarborough, and further afield, wanted the Futurist saving. It resulted in £4.5 million pounds of rate payers money being wasted and has now left a gaping hole in the sea front.

It is, therefore, my contention that when the last twenty years of Tory rule is reviewed by historians in the future, it will be portrayed, without doubt, as a dark and shambolic period in the Borough’s history.

So it was with some sense of relief, at least for me, that in May 2019 the voters of the Borough finally demonstrated that they had enough of Tory incompetence and booted them out of office. The departure of the Tories allowed Labour, with support from the Independent Group, to assume the leadership of the Council. However, there were several contentious issues left behind for the incoming administration to deal with – one being the very unpopular DBID (Destination Business Improvement District) scheme.

Although most households in the Borough will, initially at least, hardly be effected by the introduction of the hated DBID scheme, virtually every household on the East Coast will, at some point in the near future, be adversely effected, in one way or another, by the DBID. Indeed, the rate payers of the Borough have already paid a considerable amount of money to the private company, MOSAIC, who set up the scheme for YCBID Ltd, who now run it, and it is my guess that we will be paying YCBID Ltd much more as the DBID scheme progresses. However, it will, in the long run, be the over 1,300 local businesses who are being forced to fund the DBID which will be most badly affected.

At this very moment, these businesses are having a 1.5% levy added to their business rate bills; causing them to have to pay into the scheme a massive £5 million. These business owners will have little choice but to pay this money as the bills are being sent by Scarborough Borough Council (SBC) and if they do not stump up the cash, the Council will send in its bailiffs who will take the money even if it causes people to go bankrupt. The business owners who are caught up in the scheme have only one avenue of appeal, which has so far proved a dead end, and will, in most cases, have no say in how their money is to be spent.

Bad as the introduction of the DBID is to businesses, it will, many feel, be even worse in the long run for the whole Borough’s workforce and economy. Taking this huge sum of money from local businesses will inevitably mean that they will have less money to invest in their enterprises. This will of course have a detrimental impact on the local economy as the business owners who are paying the DBID will have less money available to carry out maintenance, to invest in improvements to their businesses and to support local charities. It might even put off people from starting up new businesses.

Picking £5 million from the pockets of over 1300 mostly small businesses owners will inevitably lead to less investment in the local economy and fewer job opportunities. Full-time year-round employment, already difficult to find in seaside towns, will be even more difficult to obtain. Moreover, the number of seasonal jobs available will almost certainly be reduced as those who have to pay for the DBID begin to run out of cash and are forced to reduce their workforce.

This being the case, it is perhaps not surprising that those who have to pay for the DBID were hopeful that the new incoming Labour administration would do all it could to have the DBID scrapped. They were encouraged in this hope by the fact that the new Labour leader had already said in January that the DBID should come back to Full Council and be the subject of a fresh debate and, possibly, a new vote.

However, the promises made by the new leader have, so far at least, not materialised. Why this should be the case is difficult to understand, especially as now that the full extent of the damaging and totally misleading promises made by the DBID organisers are being proved to be of little or no worth. Indeed, many DBID payers are openly predicting that virtually none of the £5 million they will ultimately have to pay into the scheme will be spent on worthwhile projects. The suspicion is that most of the money raised will go on consultancy fees. Followed by lavish board meetings, jobs for the boys, long lunches and fact-finding trips to, say, Italy.

The DBID organisers, as might be expected, have countered these claims by saying that they have plans for the money and that they will bring to fruition many schemes that will encourage more tourists to come to the East Coast. Their flagship proposal is for new signage on the A171 coastal road telling visitors that they are on a scenic coastal road. However, many DBID payers are asking if additional signage will really encourage more tourists to visit the region? Many, perhaps most, are highly sceptical. Indeed, there is a strong perception that, for example, if the new signage was purchased and then installed, would this be done in the most economic and beneficial way or might the DBID organisers seek to give the jobs to their mates.

The signs could, of course, be bought from a local source, made like all other signs, and cost perhaps a few hundred quid each. But the organisers might think they should be special signs; because only the best is good enough for this project. This might incline them to source signs from their mate Mario the sign-maker who has a little sign factory somewhere in Tuscany, Italy.

Yes, the signs might be a little more expensive, but, so what, it’s not our money.

Then there is the little job of installing the signs this could of course be done by the Council, but you DBID payers, wouldn’t want this installation to be a perhaps less-than-perfect job; much better to get my mate Giuseppe in. He is an expert sign installer, and yes, he might charge a little more than the Council, but, so what, it’s not our money.

There is, perhaps understandably, a strong perception amongst DBID levy payers, that the only people or institutions who are going to benefit from the DBID are the DBID organisers, their mates and the various local authorities who have from the start backed the supposedly “business-led” DBID. Not that it is difficult to see why the various local authorities want the DBID implemented. They can quite easily appreciate, and this is also fully understood by the DBID levy payers, that jobs that would have been done and paid for by the local authorities will now be paid for out of DBID money. A classic example of the ratepayers being stung twice for the same job.

So where, crucially, do the political groups stand on the DBID debacle? Well, with the notable exception of Cllr Alf Abbott, it seems the DBID levy payers have slim chance of getting any help from the Conservative Group. This was originally a Tory-backed project and, as far as I know, the Tory leadership are still backing the DBID. Sadly, also, it does look like the Labour leadership are backing the DBID scheme. Possibly because they are fundamentally in favour of increased taxes wherever they come from. Or possibly because they do not understand that the DBID will have a damaging effect on our local economy and jobs might well be lost.

With regard to how the Independent Group views the imposition of the DBID, although I have not spoken to all members of the group, those I have contacted are as opposed to the DBID as myself.

My view is that the DBID is nothing short of another ‘stealth tax’ which will give very little, if anything, back to those who are going to pay for it and that its introduction should be resisted every inch of the way. Which was, of course, the view of the Independent candidates who stood in Whitby in the local elections in May. This fact becomes even more ironic when one sees that had the Independent candidates in Whitby won their seats, then the Independent Group would have been the largest group on the Council, and would have taken the role of leader, who would, whoever he or she was, have undoubtedly, fought to have the DBID scrapped.

So what are the chances of fighting off the greedy DBID pirates and their landlubber accomplices?

Well it has to be said that the good ship SBC, commanded by its Commodore, Cllr Siddons, is not looking a very formidable opponent. Indeed, Commodore Siddons is looking less and less like Admiral Nelson, resolutely standing on the bridge of HMS Victory ready to see off the marauding DBID fleet, and more and more like Captain Pugwash bumbling about on the deck of the Black Pig with his motley crew awaiting his orders. Which, those of an uncharitable nature think might be, “Let’s head for the Mediterranean, my hearties, as quick as we can. The Italian coast is very pleasant at this time of year!”