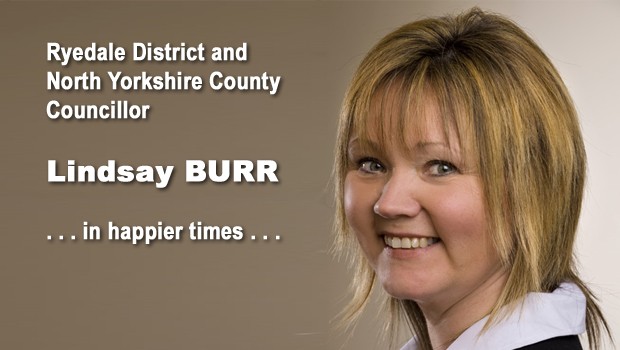 Before I proceed, one short paragraph from that article bears repetition:

Moving on; I have since learned that the Monitoring Officer for Ryedale District Council (RDC) is one Anthony WINSHIP, with whom I have enjoyed an exchange of correspondence. Anthony takes a different view . . .

I will not bore readers with the entirety of my email alerting RDC to the discrepancies in Councillor Lindsay BURR’s Register of Interests, from which are absent two companies in which she holds an interest. Suffice it to say that the sharp end of my email to him reads:

To repeat; a Formal Request for an investigation, to be followed – only if the investigation exposes evidence – by a Formal Complaint and a referral to the North Yorkshire Police.

Either he did not understand the caveat expressed above, or he chooses not to do so. In any event, he has chosen to treat my request as a Formal Complaint – which it clearly was not, at least until an investigation had been undertaken, which it has not.  I will reproduce his response in full presently, at the foot of this article.

“Should have been disclosed” and was not. Case closed. Guilty – as not charged.

In plain language, “You are absolutely right, Nigel – Councillor Lindsay BURR has broken the law”.

Taking the second of these first, can any reader explain to me why Anthony WINSHIP has interpreted my Formal Request for an investigation as a Formal Complaint? He surely is able to distinguish between the two.

In my view, he has done so to evade the rigours of a full investigation, so that he and the (so-called) Independent Person can boot the matter into the long grass – at least until after the elections. The facts of this case are a matter of public record. Anthony WINSHIP could investigate them in five minutes – as I did.

Yet (returning to the first of his remarks cited above), Anthony WINSHIP has been forced to concede that Councillor Lindsay BURR’s pecuniary interest in Intuitions Ltd should have been disclosed by her – and was not.

In plain language, she broke the law, and Anthony WINSHIP has admitted it.

However, Anthony WINSHIP concludes his indefensible decision to throw out my Formal Request (in WINSHIP-speak, “complaint”) by stating:

In my view, Anthony WINSHIP’s decision that, though he concedes that Councillor Lindsay BURR has indeed committed a criminal breach of the Localism Act 2011, the fact that she has since rectified her criminal omissions (I would submit, solely because I raised these queries – in good time for the coming elections) exonerates her criminality completely.

This is closely analogous to a motorist being pulled over for speeding – then escaping prosecution on the spurious grounds that, having now been stopped by the Police, the motorist is now stationary – and therefore no longer speeding at all!

I will leave you with the following tour de farce, quoted directly from Anthony WINSHIP’s response document:

One of “the highest possible standards of ethical conduct” that North Yorkshire has to offer, eh?

In my opinion – and it is, of course, merely an opinion (though who knows whether or not one may safely continue to presume that the laws of the land prevail and our rights to an opinion remain secure?) – RDC’s ethical standard is more like a licence to break the law with total impunity.

As for the remainder of North Yorkshire . . .

Finally, one wonders whether or not Councillor Lindsay BURR will take the view that, though Anthony WINSHIP’s white-wash passes for damage limitation, he may have inadvertently hindered her re-election prospects. Hmmm. This one could run and run.