Pursuant to an anonymous tip-off, I have been examining the public record Registers of Interests of one Lindsay BURR – a North Yorkshire County (NYCC) Councillor and Ryedale District (RDC) Councillor, who has recently abandoned the LibDem Group and presently sits as a Independent member. The circumstances of the split are not entirely clear, though Councillor BURR is reported (by the Gazette Herald) as stating that, after circa 20 years as a LibDem, her values are no longer aligned with those of the party. Councillor Lindsay BURR is a committed opponent of fracking – and for that, I salute her.

It is not known whether or not the LibDem party considers that its values remain aligned with those of Councillor Lindsay BURR – or, indeed, whether or not they are happy to see the back of her. I do not know the political persuasions of my anonymous informant.

An examination of Councillor Lindsay BURR’s Register of Interests at Ryedale District Council, immediately followed by an examination of returns posted on the CompaniesInTheUK.com website, quickly drew my attention to the following apparent discrepancies.

The former lists a Lindsay BURR as having been (and continuing to be) a Director of Intuitions Ltd, from 1st September 2011 until the present day.

The latter lists a Lindsay BURR as having been (and continuing to be) a Director of Kirkham Henry Performing Arts CIC, from 24th January 2011 until the present day.

In both cases, Lindsay BURR is listed at the following address:

Local residents assure me that this identifies Lindsay BURR as the Councillor of Ryedale District Council, and this is confirmed by the information provided on the RDC web-site at the following URL-link:

Neither of these Directorships appear on Councillor Lindsay BURR’s current RDC Register of Interests, as displayed on the RDC web-site.

Section 30 of the Localism Act 2011 requires that:

Section 34 of the Localism Act 2011 requires that:

However, this seemingly black-and-white area of law is slightly muddied by the terms of Section 29 (1) & (2) of the Localism Act 2011:

(1) The monitoring officer of a relevant authority must establish and maintain a register of interests of members and co-opted members of the authority.

(2) Subject to the provisions of this Chapter, it is for a relevant authority to determine what is to be entered in the authority’s register.

I have not, as yet, been able to establish the precise terms of under which Ryedale District Council has determined entry rquirements for the authority’s Registers of Interest. However, the DCLG Guidance on “Openness and Transparency on Personal Interests” states that:

A person’s pecuniary interests are their business interests (for example their employment, trade, profession, contracts, or any company with which they are associated) and wider financial interests they might have (for example trust funds, investments, and assets including land and property).
[my emphasis]

In my view, it is difficult to see how the two companies mentioned above could escape the scope of that definition.

For this reason, I have written to RDC CEO Janet WAGGOTT requesting a diligent investigation of the circumstances described above.

In doing so, I would expect that I have now identified myself as the devil incarnate. But, in my view, Councillors who break the law in respect of their duty to declare disclosable interests risk bringing their respective Councils into disrepute. On that basis, one might reasonably expect Monitoring Officers to welcome the assistance of citizen investigative-journalists.

I will not bore the reader with the minutiae of the closely parallel set of circumstances obtaining at NYCC, where County Councillor Lindsay BURR’s Register of Interest also appears to be at variance with her directorships, in respect of the same two companies.

Consequently, I have written to NYCC Monitoring Officer Barry KHAN requesting a diligent investigation of the circumstances described above.

NYCC’s Monitoring Officer Barry KHAN has acknowledged my request (indicating that “this is a matter solely for the police to investigate as it is not within the remit of the Standards Committee to investigate potentially criminal offences”).

The NYCC FOIA department has acknowledged my FOIA request.

I hope (and expect) to be able to report further on these concerns in due course.

I have a right to scrutinise the conduct of elected and paid public servants, and to express an opinion on my findings in any medium, regardless of frontiers. (Article 10, Human Rights Act 1998) – a right I exercise in the public interest, without fear or favour.

Meanwhile, it is important to remember the vitally important principle of the presumption of innocence, as defined under Article 11 of the Universal Declaration of Human Rights: 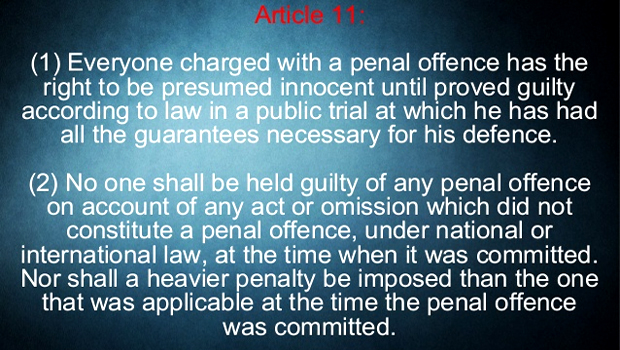