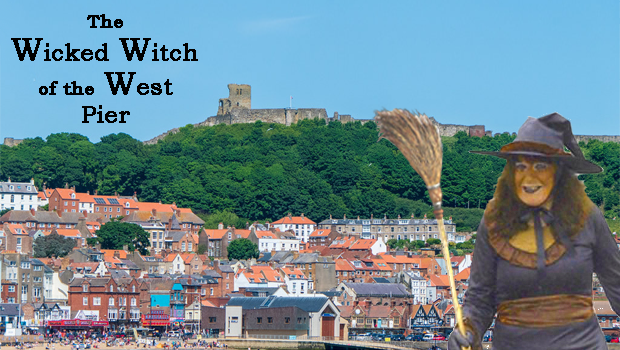 Readers will be acutely aware that SBC’s Labour Leader, Councillor Steve SIDDONS, has plans for the ‘regeneration’ of parts of Scarborough’s Castle Ward (including the ‘Bottom End’) – plans which feature the proposed demolition and subsequent new-build of the former ARGOS premises on Newborough (temporarily ‘on ice’) and a dramatic ‘re-purposing’ of the West Pier.

The ARGOS proposal (to accommodate 210 students from Coventry University and NHS Scarborough Hospital) ground to a standstill when the necessary Planning Consent was rejected by SBC’s Planning & Development Committee on 9th December 2021.

Councillor SIDDONS described that outcome as “disappointing”. To his mind, perhaps; but to the great majority of Bottom Enders, this was a victory for “PEOPLE POWER”, kindled by Mr James CORRIGAN’s Public Meeting at the Library on Tuesday 19th October 2021.

Both of these proposals have been strenuously resisted by businessmen, residents and members of the fishing community in Castle Ward and beyond. Regarding the West Pier proposals, the key sticking points are:

As regular readers will know, the many shortcomings of the proposals regarding the West Pier have been thoroughly exposed by NYE Harbours correspondent Allan ROBERTS. Much of this important information has now permeated the Harbour community – belatedly, it has to be said – and another Public Meeting (scheduled for Wednesday next week) is likely to illuminate matters further.

It was against this background that, on Tuesday 15th March 2022, the Castle Ward Tenants’ & Residents Association (CWTRA) and the CCPG met, under the Chairship of Janet JEFFERSON [Ind.], who also sits as the elected member for Castle Ward, both on Scarborough Borough Council – where she is presently the Portfolio Holder for Corporate Resources (inc. Harbours) – and North Yorkshire County Council.

To be strictly accurate, the meeting was billed as follows:

It is widely held that it is inappropriate for Janet JEFFERSON to continue to Chair the CWTRA, given that many of its membership are engaged in the fishing industry and/or the hospitality sector and have expressed, in the strongest possible terms, their mistrust of the Council’s West Pier ‘regeneration’ proposals, which Janet JEFFERSON, as a member of the SIDDONS Cabinet, has fully supported.

It will be recalled that Councillor JEFFERSON also supported the ARGOS ‘regeneration’ proposals, again contrary to the strenuous opposition of many of her Castle Ward electors:

The CWTRA+ meeting on 15th March 2022 provided, in theory at least, an opportunity for the opposing sides to air and debate their respective views.

I am not a tenant or resident of Castle Ward; ergo, I did not attend the meeting. But I did receive eye-witness reports from some of those who did, including two members of the CWTRA Committee (whose identity I withhold to obviate any possibility of reprisals).

I was so shocked by these reports that I decided that it would be appropriate, before submitting this article for publication, to offer Janet JEFFERSON the opportunity to comment – perhaps to apologise.

Consequently, I wrote to Councillor JEFFERSON’s solicitors setting out the circumstances of the meeting, as reported to me, and inviting comment – the so-called ‘right to reply’. I set a press deadline of 5:00pm on Tuesday 22nd March 2022.

Answer came there none.

The last time I had communications with Councillor JEFFERSON’s solicitors, it was to respond to threats of legal action against me for harassment. On instruction from me, my solicitor’s response (of 21st July 2021) concluded:

Answer came there none.

It astonishes me that there are public servants, drawing public money and wielding considerable ‘power’, who feel that they are entitled to use (or abuse) their positions of considerable responsibility to threaten citizen journalists, working voluntarily in the public interest, whose scrutiny they find unwelcome.

In my view, the description of events at the CWTRA+ meeting, as reported to me, beggars belief. Numerous attendees have confirmed that the Chair characterised one member as a “troublemaker”.

Quite how raising questions as to the prudence of the West Pier proposals could merit such a disrespectful characterisation of a prominent stakeholder remains a mystery to me.

There is no mystery about the articles of the Seven NOLAN Principles of Public Life: 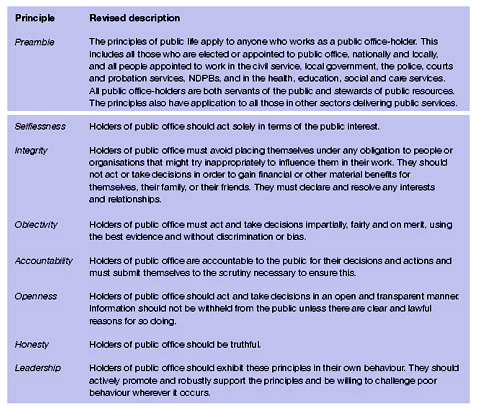 Multiple eye-witness reports indicate that there was worse to follow.

When questions from one resident, Mr Peter LEE, proved apparently too pressing for her taste, attendees confirm that the Chair rose, donned her coat and departed, announcing:

“This meeting is now closed!”

This was apparently some thirty-five to forty minutes ahead of the scheduled closure time (8:30pm – see excerpt, above). As the Chair made her exit, she was heard clearly to say, to the attendant North Yorkshire Police Officer, “We never used to have meetings like this!”.

The clue is right there, Councillor JEFFERSON. You were never so steadfastly against your electors before.

(For balance, one committee member suggested that the meeting had started early and had therefore probably just about run the scheduled two hours).

I should add that a prominent Scarborian made contemporaneous notes of the meeting immediately afterwards and these are now securely in my possession.

A number of eye-witnesses have described the sudden ‘shut down’ of the meeting as “a shameful dereliction of duty”, or words very closely to that effect.

Granted that Councillor JEFFERSON holds the Chair at the CWTRA, which exists specifically to represent tenants and residents of Castle Ward, I am of the opinion that it is a matter of conspicuous public interest that these events are reported in the public domain where they are accessible to the Court of Public Opinion. Castle Ward electors – and not only those who attended the meeting – are surely entitled to be aware that Councillor JEFFERSON’s wishes and desires seem not coincide with their own.

Councillor JEFFERSON has publicly confirmed her intention to stand for election, in Castle Ward, to the new North Yorkshire (Unitary) Council on 5th May 2022, where she will be opposed by a Labour candidate (a former parliamentarian) and an experienced independent Independent (i.e. not of Councillor JEFFERSON’s SBC Independent Group) – younger, more dynamic and untainted by that ineradicable Labour ‘stain’. After the disastrous three years of the SIDDONS administration, it is hard to imagine a Labour candidate winning a raffle.

I find all of this rather sad because, hitherto, Councillor JEFFERSON has enjoyed the well-deserved reputation of being a sterling servant of the people of Castle Ward – for many, many more years than one cares to remember. Some say too many. However, I am not the first – nor the hundred-and-first – to conclude that, since she took her Group into ‘alliance’ with Councillor Steve SIDDONS [Lab.], Councillor JEFFERSON’s head seems to have been turned by a long-awaited sniff of ‘power’.

My advice to Councillor JEFFERSON would be to heed the voices of her residents. It is a famous truism that “All political careers end in failure”; that much we must take for granted. But after so many years of good service, it would be tragic indeed if JJ’s legacy was for her to be remembered only as “The Wicked Witch of the West Pier” – a satirical sobriquet which seems to be on everyone’s lips just lately.