Scarborough & Whitby Conservatives have launched a high-end promotional video campaign which, I am told, is confidently expected to galvanise the party rank-and-file and propel an unprecedented number of Tory Candidates into the SBC Council Chamber when the votes are counted on 3rd May 2019.

Never before has a local arm of a major political party launched such a state-of-the-art blockbuster offensive. From the pristine HD picture quality to the up-to-the-minute mesmeric underscore, this video fairly shouts the shibboleth that only the Conservative dinosaurs can deliver the vital impetus that continually re-invents Scarborough Borough Council as a by-word for sound fiscal management, exemplary public service delivery, and down-to-earth value-for-money.

Do not be fooled into imagining that this Hollywood-style production has all the hallmarks of ‘My First PowerPoint Presentation’. No, this is the real McCain – I beg your pardon, the real McCoy.

Evocative images of village street cobblestones, juxtaposed – by way of hi-tech IT mastery of the highest order – with the ultimate symbol of urban minimalist excellence (a ‘Parking’ sign dominating an austere back-drop – a brick wall), impress upon the viewer the almost divine omniscience of the Conservative vision for the Borough.

Some readers may wonder why such a glossy production has glossed over so many of the Tory successes:

I can disclose that these omissions (and many more) were not cast down onto the cutting-room floor in the interests of transparency. No. They have been redacted to protect the personal data of blameworthy nincompoops.

One tiny criticism, if I may (without subjecting myself to “fear and retaliation”); surely the concluding frames beseeching voters to engage with the Scarborough & Whitby Conservative Association and “Tell us your views” should have offered at least a telephone number and/or an email address? How else should would-be Tories share their views with the SWCA? (I have written to the SWCA on thirteen occasions and never received an acknowledgement (though I did once receive an Auto-Response – there’s that state-of-the-art IT skill-set again). I can, however, direct anyone interested in signing up to the party to the hugely popular SWCA Facebook presence (90 ‘likes’).

* Having now had sight of the full 2019 Season ‘menu’ for the Open Air Theatre, I can confirm that there are to be no has-beens or flakeys on the star-studded mega-roster of twenty of the hottest draws on the planet: 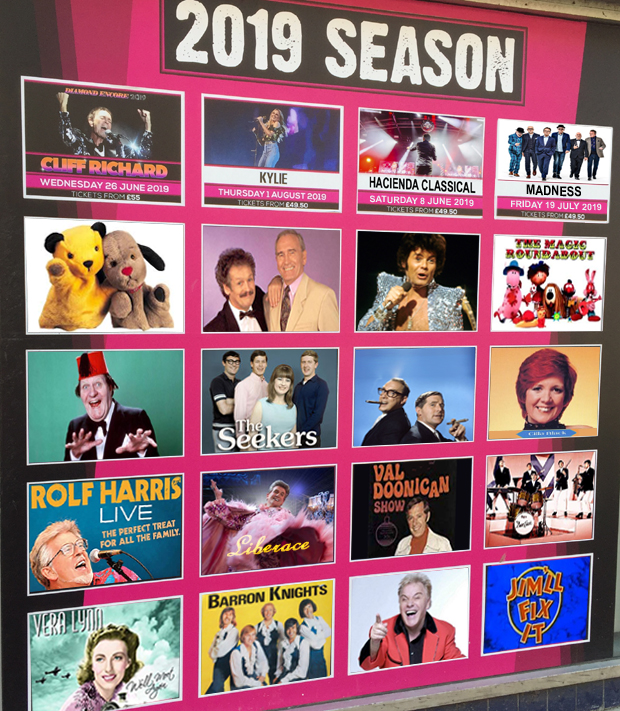