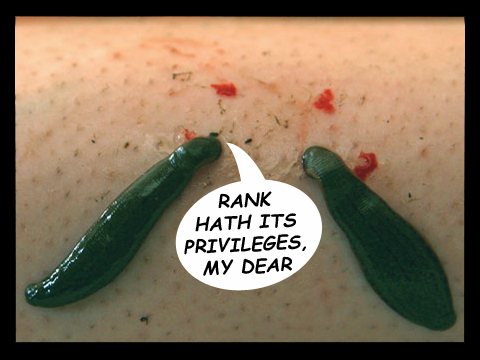 It is surely a matter of the most profound significance when a rift appears between Councillors elected to the same local authority as they begin to engage in the most ruthless machinations, albeit from the best of all possible motives – the public interest.

It appears that a document has been ‘leaked’ from within the bowels of the Town Hall and posted to a number of ‘significant’ recipients – very probably by the same ‘insider’ who has, in the past, ‘leaked’ information that SBC Director of Legal & Democratic Services and Monitoring Officer Lisa DIXON has risked her career in local government to suppress, concerning the cover-up of the many complaints from victims of former Scarborough Mayor and known predatory paedophile – Councillor Peter JACONELLI.

I report from a position of certain knowledge, having been provided with a copy of the documentation that has arrived in the hands of a number of influential people – Councillors and others. To all appearances, the documentation seems to constitute a fraudulent benefit claim by a serving Councillor.

I can confirm, too – both from personal knowledge and from the testimony of other witnesses (including a pro bono publico professional graphologist) – that the claim details give every appearance of having been submitted in the hand-writing of the claimant’s ‘mistress’ – not his wife.

A number of Councillors, as well as other persons, have confirmed to me that they have received, on or shortly after, Friday 28th February, a white A4 envelope with printed address label, containing some 55 (fifty-five) pages of photocopied single-sided A4 paper, plus an ‘introductory’ frontispiece, bearing what appear to be official Council photographs of the claimant and his putative ‘carer’, together with a brief explanatory text naming the protagonists and highlighting the obvious falsity of the claim embodied in the rest of the paperwork, as well as revealing the identifiable handwriting used to fill out the claim form – “because [name redacted]‘s hand will not let him rite[sic] very well”.

(Amongst the recipients, by the way, was my Ward Councillor Dorothy CLEGG [Con.], who referred the documentation directly to the Borough Solicitor, as did several other recipients. Please note that information is deemed to have been ‘published’ once it has been shared with a third party. It follows that the information alluded to in this article is, legally speaking, already in the public domain – and my hands are therefore clean).

The application is signed by the applicant, in his customary strong hand, and dated 9th December 1996, immediately beneath these printed words:

The claim form is countersigned by a GP who was – I am assured – a close personal friend of the claimant.

Many of the details provided in the claim appear to be palpable falsehoods.

Taken together, even these few facts seem to offer compelling prima facie evidence that a major benefit fraud was attempted – perhaps successfully, perhaps not – some seventeen years ago. One hesitates to estimate the monetary extant of such a claim but, if successful, it must surely by now have amounted to many tens (or even hundreds) of thousands of pounds.

The claimant asserts that he needs “to have help to get upstairs”, upon which he must pause “and sometimes can lose balance” – an assertion made seventeen years ago by a man who I personally have since witnessed, on an ongoing basis throughout my thirteen years in Whitby, rapidly ascending and descending a twelve-foot ladder with ease, often one-handed. Yet he claims to “use walking sticks in the house and the handrail to go upstairs”.

Some further examples of the assertions made by the claimant include:

Given these mortifying personal difficulties (which, according to the claimant, had persisted throughout the five previous years), one wonders how the poor soul was able to discharge the business of the Council, let alone his own movements.

Most disturbing of all is the information provided by long-standing Councillors that the claimant has never displayed in public – at public meetings, at dinner dances, on the golf course – any of the disabilities detailed in the claim form, throughout some thirty years in public life. No doubt there exists CCTV footage – or perhaps even mileage.

I am also informed (with what reliability I cannot judge) that claims of this sort were at the time of the claim (1996) processed by a department of the Borough Council located in King Street, Scarborough, in premises annexed to the Town Hall and staffed by Council employees. The Council will know more about that.

A fraudulent benefit claim is one thing; the possibility – however remote – that influence may have been brought to bear on benefits department staff amounts to a concern that a serious abuse of public office may have taken place.

One can be forgiven for speculating as to whether or not it was the case that benefits department employees may have been reluctant to challenge the veracity of the claim – given the perceived power and influence exerted by such a persuasive and influential applicant, supported by his influential ‘mistress’ – afraid not to wave it through. Heaven forbid that there should be any grounds for concern that they may even have been paid to wave it through.

Certainly, on what I have seen thus far, I believe that an investigation unquestionably must take place.

Only so can the public interest be best served – and be seen to have been served.

But let us not forget that it is possible that there is an explanation; perhaps the documentation has been forged. That would surely have been an extremely daunting undertaking. The design of the claim forms, at least to a lay observer, would appear to be convincingly authentic. The hand-writing appears genuine. Certainly, the claimant’s signature closely resembles the claimant’s signature, as it appears on Declarations of Interests and other Council documentation. But only a thoroughgoing investigation can establish that.

As to the motive behind the circulation of the documentation, who knows? If it brings about the exposure of a rather serious crime that would otherwise remain out of the public view, that can only be adjudged to be in the public interest.

So we shall see now whether or not SBC Director of Legal & Democratic Services refers the matter to the North Yorkshire Police – as I believe she is duty-bound to do. Such was the case, albeit after robust prompting, in the matter of (then) Councillor Tim LAWN. And, more recently, such has been the case – though only after the most sustained pressure – in the case of (former) Mayor of Scarborough Peter JACONELLI.

Curiously, Real Whitby has never received even a token gesture of acknowledgement from Lisa DIXON – much less an expression of gratitude.

At a time when the DWP (and its French contractor Atos) is facing criticism in the severest possible terms for the way in which ordinary people, some with the most challenging health issues, quite literally have been left for dead – and fraud, be it noted, is estimated to account for only a little over one half of one percent of the benefits budget – many readers will feel deeply affronted by the notion that the already well-to-do and robustly healthy (provided only that they are firmly ensconced within ‘the establishment’) can apparently evade the net with consummate ease when it comes to fraudulent claims.

Before publishing this article, I provided an early-draft version of the text to Scarborough Borough Council and the North Yorkshire Police, requesting a comment for publication. I should like to know what steps are being taken to investigate this prima facie evidence of calculated benefit fraud by two elected members acting in joint enterprise, and perhaps entailing the possibility of the collusion (or coercion) of staff in the benefits department.

At the time of publication, I have received no response. Should any response materialise after publication (and experience tells me that it is unlikely to do so), I shall post it in the comments section at the foot of this article. 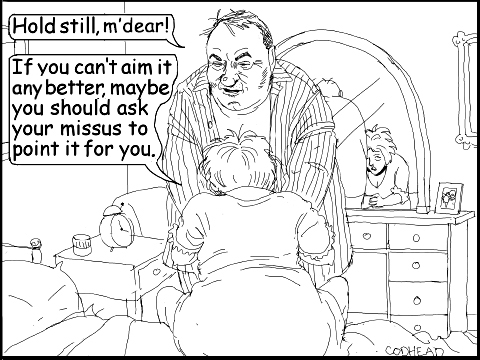