At the request of the Scarborough resident who launched the VOTE of NO CONFIDENCE in the predominantly Conservative Scarborough Borough Council Cabinet of Leader Councillor Derek Bastiman [Con.], readers are invited to inspect the opinions expressed by those signatories within the first two thousand who chose to expand in words on their votes.

Their remarks are heart-felt, expressed in plain language, often angry and passionately resentful of a litany of reputational disasters covered extensively in the Real Whitby Magazine, the North Yorks Enquirer and Private Eye that have brought Scarborough Borough Council into unprecedented disrepute, more damaging than the High Point Rendel corruption scandal of 2005, that brought down the then-CEO John Trebble and a number of other Senior Officers, as well as the then-Leader Councillor Eileen Bosomworth [Con.].

That was the catalyst that led to the decade-long Leadership of Councillor Tom Fox [Con.] and a further decline of the Borough Council’s standing in the community. The ‘low-lights’ of the FOX years are well-remembered by the Scarborough public, who regard the performance of present Leader Councillor Derek BASTIMAN [Con.] as a further descent into ignominy.

Some of the issues raised amount to a wide-ranging indictment:

These travesties of good governance (and many more) are far from forgotten, never forgiven by the good people of the Borough of Scarborough, many of whom have expressed their opinions as well as casting their votes.

The GoPetition is still open and will remain so at least until the polling stations open on Thursday 4th May 2017 – election day at North Yorkshire County Council, when Councillor Derek BASTIMAN [Con.] and several of his Cabinet colleagues are expected to seek election. Clearly, many electors of Scarborough Borough will not be voting for them.

It is interesting to note (as Enquirer columnist Nigel Ward has published elsewhere) that:

The threshold for Petitions to qualify for a debate in Parliament is 100,000 signatures.

At the time of writing, there are over 2,200 signatures on a Petition calling for a VOTE of NO CONFIDENCE in SBC Leader Councillor Derek BASTIMAN [Con.] and his Tory Cabinet.

That equates to 2.067% of a population of 108,006. So, proportionately, the Petition in Scarborough exceeds the national threshold by a factor of 13.25 times greater support.

To add your voice to the clamour of dissent, vote HERE. 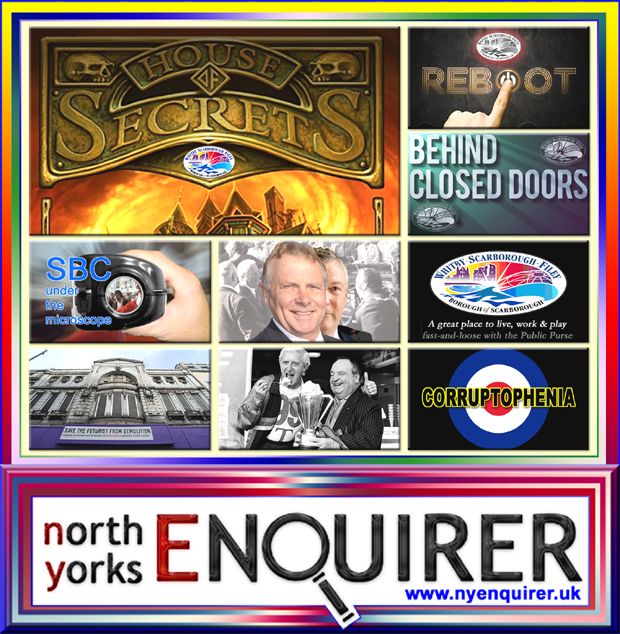