Regular readers will be aware that Scarborough Borough Council’s accounts have not been signed off since the 2014/15 Council financial year.

The prime cause of this five-year delay rests with the legal action brought by the Fight 4 Whitby group against the Council over Whitby Harbour revenues which, the group contends, should have been ring-fenced for re-investment in Whitby Harbour. Said revenues were instead ‘absorbed’ into the Council’s General Fund. 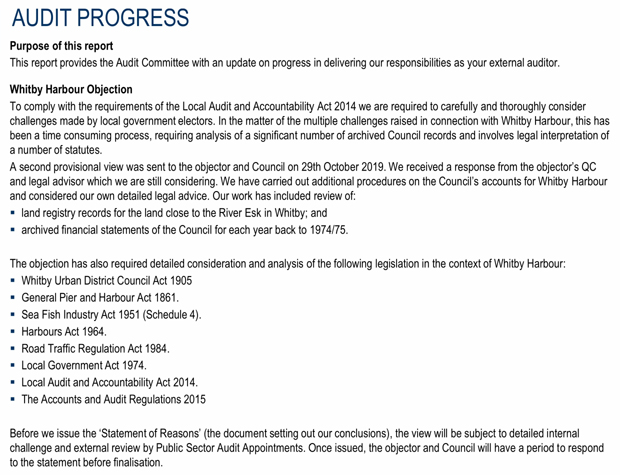 Whitby Town Councillors have reported to the Enquirer that, after a meeting on Tuesday 14th January 2020, visiting SBC s.101 Officer and Finance Director Mr Nick EDWARDS described the Fight 4 Whitby challenge as having been satisfactorily resolved.