Following the news that Police & Crime Commissioner Julia Mulligan had ordered a review of the North Yorkshire Police Protecting Vulnerable Persons Unit, the North Yorks Enquirer published a full analysis (article here:  Protecting Vulnerable Persons Unit Review ) in which we assured our readers we would bring them the outcome of the review as soon as it was available.

Police & Crime Commissioner Mulligan has announced the result of the review and her public comments can be seen in this excellent article by the Yorkshire Post.  Julia Mulligan:  School Governors in North Yorkshire must ask questions about child sex abuse.

She is quoted as saying that “Governors at schools in North Yorkshire must start asking head teachers what they are doing to prevent child sex abuse and help make sure vulnerable children are protected” but that she had been reassured that “North Yorkshire is definitely not a Rotherham waiting to happen” and that good systems to deal with victims of abuse, once they have been identified, have been in place for some time.

Analysis by the Force has revealed that there are 110 possible victims of child sexual exploitation in the County, 20 of whom are at the “highest risk”, mostly concentrated in the Scarborough and York areas. Some 80 possible abusers have also been identified across 18 locations.

There is an interview with Commissioner Mulligan here:  http://www.northyorkshire-pcc.gov.uk/news/julia-mulligan-says-public-can-be-reassured-after-cse-health-check/

It is hardly suprising that Scarborough is still a hot bed of paedophilism.  It is a seaside town that attracts young people and hosted one of the most successful and long running paedophile rings in British criminal history, with the full knowledge of North Yorkshire Police.  I refer, of course, to the Peter Jaconelli ring which included Jimmy Savile and others and operated in Scarborough from about 1947 until about 2009.  Jaconelli was a governor at several schools. 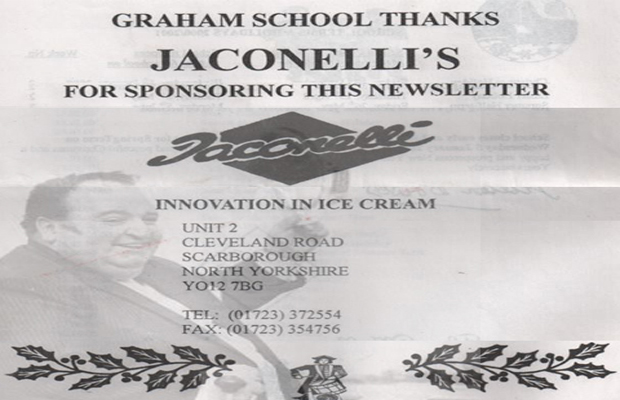 We believe that Jaconelli gave Savile some access to the schools.  He was well known for abusing school children he employed in the holidays in his ice cream parlours and at his judo club.  BBC Investigation here.

Every schoolboy and parent in Scarborough knew that he was a predatory paedophlile and there can be no doubt that the police, council, school teachers and school governors also knew.  However, he was protected by North Yorkshire Police because of his status as a senior and influential Conservative politician, school governor, leader of the local judo club, Councillor, Mayor and Alderman.  He and the other members of his ring were allowed to offend with impunity.  Their offending covered the full range of sexual offences and included rape, enticing children into prostitution, child exploitation and paedophile pornography.

We know that Jaconelli would cruise over to Whitby with Savile and pick up youths of both sexes from the burger bar in view of Whitby Police Station, take them away and then pay them off.  It has also been alleged that the ring was involved in trafficking:

One of these witnesses recalls two occasions when he personally took details from parents of under-age girls assaulted by Savile in his car, after having having been picked up by Savile on the Foreshore Road in the late 1970s. These reports were passed up the food chain and suppressed.”

One would think this information would be of interest to North Yorkshire Police, particularly as some of the perpetrators of these heinous offences could still be alive and could face prosecution.  However, although there is a dedicated team of detectives deployed on OPERATION HIBISCUS to investigate these crimes, to date we have had no enquiries from them about this new and shocking development.  When contacted, the officer leading Operation Hibiscus, who is also the Director of Force Intelligence responded “I do not have the details of any individual within the Dutch police for human trafficking who would be the point of contact. My advice would be to research on the internet through a relevant enquiry”.

Could Rotherham happen in North Yorkshire and could Jaconelli happen again?

In Rotherham, a blind eye was turned to abuse, files have gone missing, and a researcher into the abuse was harassed by Council staff and threatened by Police.  Members of the Home Affairs Select Committee have said it is “beyond credibility” that files missing from the Rotherham child abuse investigation could simply have been lost.

In Scarborough, there have been multiple allegations that complaints against Savile and Jaconelli were ignored, or lost by North Yorkshire Police.  The investigation by Assistant Chief Constable Sue Cross claimed that Savile and Jaconelli were unknown to the police, although subsequently North Yorkshire Police was forced to admit that it did in fact have intelligence on them, which miraculously disappeared and then reappeared.  Journalists reporting for the North Yorks Enquirer have all been threatened by the Council, which tried to close down Real Whitby and I have been threatened with arrest by the Deputy Chief Constable, for continuing to express opinions on North Yorkshire Police – obviously a reference to my coverage of the Jaconelli and Kenyon-Miller scandals.

Despite the denials, one Detective Sergeant from North Yorkshire Police has been served with a misconduct notice by the IPCC.

The secret of the Jaconelli ring’s success was that because he was a local Councillor, Mayor and influential business man, Jaconelli was considered to be so important by North Yorkshire Police that they put him above the law and protected him.  Could this happen again?  Well, yes.

Hence, when it emerged that she is an international tax fraudster that has committed criminal offences in the United States and the UK – Full story here  – as with Jaconelli, no action was taken against her and she was perfectly protected.  Full story here.  The only action that the Police took was to threaten to arrest the journalist that broke the story for harassing Councillor Kenyon-Miller. 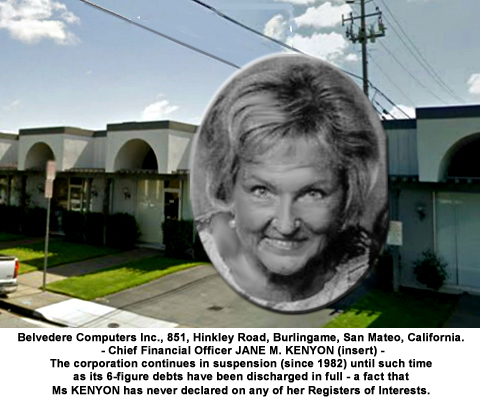 Interestingly, the Officer who issued the threats to arrest an innocent journalist acting in the public interest, when she had explicit knowledge that the complainant (Councillor Kenyon-Miller) was a criminal trying to escape exposure, is none other than the officer commanding the Protecting Vulnerable Persons Unit.  Detective Superintendent Heather Pearson.

How can Commissioner Mulligan issue personal assurances that those who commit offences against children will be arrested and punished for their crimes no matter what their rank or status in society?  –  When the Senior Officer charged with protecting vulnerable people applies the law selectively and is currently protecting a Councillor who has committed crime, in exactly the same way that North Yorkshire Police protected Jaconelli?

Commissioner Mulligan’s excuse for her own failure to intervene in the case is that she claims it is an operational matter for the Chief Constable.  She is nevertheless explicitly aware that Councillor Kenyon-Miller has committed crimes and that the Chief Constable and Scarborough Council are ignoring complaints and correspondence (i.e. stonewalling) to prevent her arrest.  This undermines confidence in the Chief Constable, North Yorkshire Police and her own office.  It is also a crime. 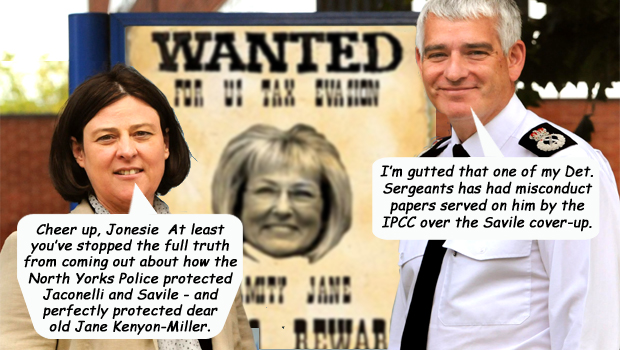