Scarborough readers without internet access will be delighted that their hard-copy local rag has covered the news that a North Yorks Enquirer citizen-journalist’s Freedom of Information request to the Crown Prosecution Service has exposed the fact that former Scarborough Councillor, Mayor and Alderman Peter JACONELLI was charged with indecent assault in 1972, his Mayoral year.

This information was published first-hand in Nigel WARD’s “In My View” article “JACONELLI: An Open Letter To Jim DILLON SBC CEO” back on 21st September 2015, which quoted the CPS FOIA response, thus:

On 23rd September 2015, Tim HICKS covered the wider implications of the story in full detail in his article “Savile & Jaconelli: They Knew In ’72”.

Big thanks to the Scarborough News for bringing this important development back to the public eye on 30th September 2015. 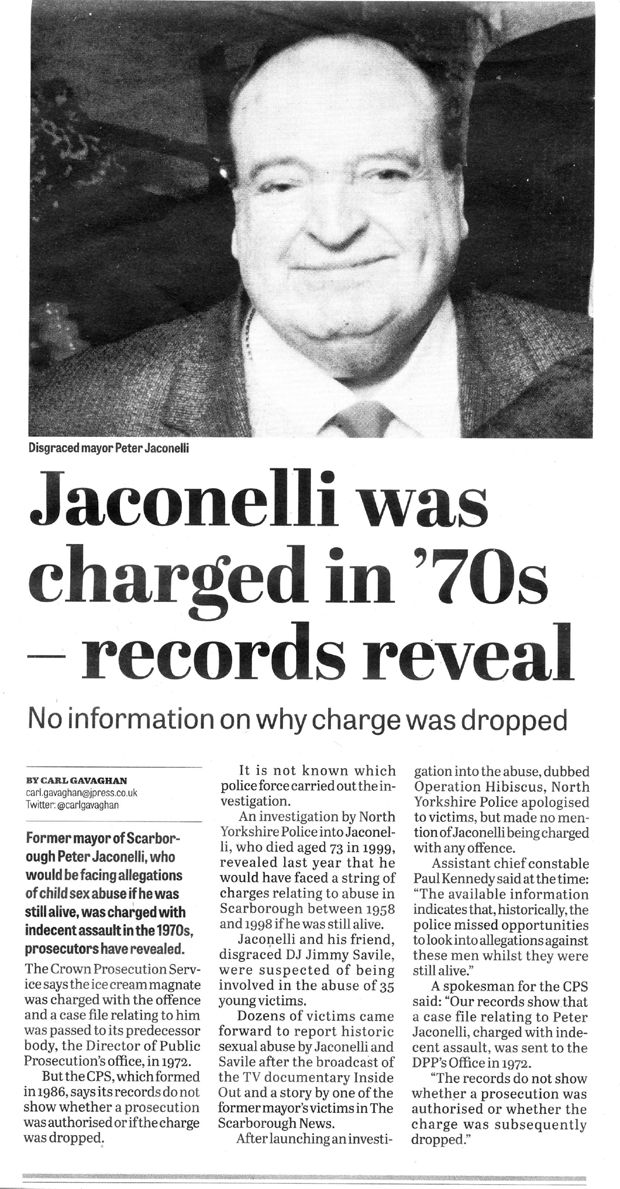