“The following conclusions are inescapable

Cleveland Police is the only force in the UK to be placed under “special measures” by Her Majesty’s Inspectorate of Constabulary and Fire & Rescue Services (HMICFRS). BBC report here.

Now HMICFRS has rated the performance of Cleveland Police as inadequate in all areas. HMICFRS assessment here. BBC report here.

Not only do the good people of Cleveland get the worst service from its police force in the UK, they also pay 25% more for it. They pay 60 pence per person per day for policing, in Cleveland compared to 48 pence per person per day in Durham and North Yorkshire. In my belief this disparity is in large part because Cleveland Police has to finance the disproportionate costs of maintaining a full force headquarters, for the smallest force in the country. This excessive expenditure would largely disappear if Cleveland Police was amalgamated with another force. 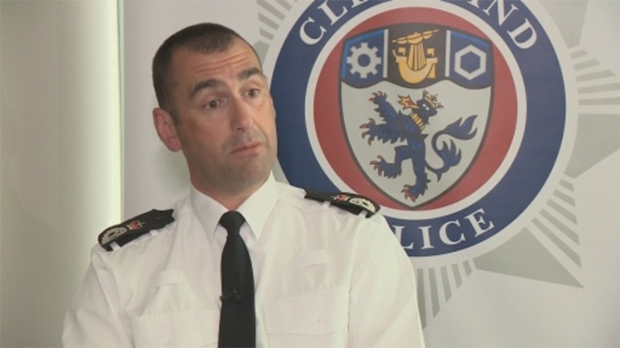 “We are already putting measures in place and I do not shy away from the size of the challenge, these aren’t issues we will solve overnight or indeed in the first six or 12 months. I ask our communities to be patient with us as we implement these changes.”

He said he did not believe anything would be achieved by abolishing his failing force and merging with neighbouring Durham or North Yorkshire:

“I cannot see that happening. Cleveland Police needs to survive, to stand on its own two feet.”

I feel dreadfully sorry for the ordinary Police Officers and Civilian staff who I am sure do their best to serve the public. Nevertheless, they cannot be effective when the management of the force is demonstrably failing at all levels. The situation with Cleveland Police is a disgrace – even more so because it follows scandal after scandal documented in my articles above and has been going on for years.

As set out above, I believe the quality of operational policing has suffered because of senior officers who are unable to address the cultural and management issues that Cleveland faces. This has been perfectly confirmed in this quote from HMICFRS Inspector Phil Gormley from the HMICFRS Report:

“I am very concerned at the lack of ethical behaviour in the force – senior leaders (superintending and chief officer ranks, and senior police staff managers) should be acting as positive role models and many are not. This is having a profoundly negative effect on the organisation. While the force acts promptly on reports of corruption, it needs to proactively root out corruption and identify those people at risk of it, to try and prevent it from happening.“

Irrespective of the Chief Constable’s comments above, I remain of the opinion that the issues faced by Cleveland Police are so deeply rooted in many of its senior officers that the only way it will be reformed is by bringing in a completely fresh team. That is by amalgamating it with Durham Constabulary, or splitting it between North Yorkshire Police and Durham Constabulary