My thanks go to a wise neighbour who has kindly drawn my attention to a piece in the The Guardian Weekly (26/07/15) by John HARRIS which I should like to commend to all those who take an interest in (but may despair of) local government.

Meeting each of the opposition Prospective Parliamentary Candidates for the Scarborough & Whitby constituency, as I did during the run-up to the 7th May elections, I was struck by the extent to which they all concentrated on constituency issues, with scarcely a word about national policy.  On many local issues, they were in general agreement. But party politics prevents them from working together. And party lines prevent them from genuinely representing the will of the local people to whom, in (long lost) principle, they owe their first allegiance.

I have many times expressed the view that there is no valid place for party politics in local government; there are residents. They have needs. They wish to be represented – each, naturally, to the best of her/his own personal advantage. But much of that personal interest is ultimately community interest, because it lies at the heart of the problems encountered in daily life in the community and the on-going search for solutions to each such problem – be that a problem of parking regulation, public transport, health care, employment or whatever else.

This is because nobody is crying out for a parking place that is a uniquely Labour parking place, or a bus that is a strictly Conservative bus, a doctor who is an ideologically LibDem doctor, or a job that is a fundamentally UKIP job or an exclusively Green whatever else. For the most part, all we call on our authorities to achieve is to take care of the things that we, as individuals cannot set straight, i.e. to provide solutions for the community’s problems – which can be hard enough without political allegiance standing forever in the way.

Would that the dinosaurs would roll over and tell the government the news. Something has to change. It can start with the members of  Parish and (so-called) Town Councils – many of which are virtually moribund – actively promoting themselves and their meetings and thereby promoting the electoral process. They need to draw an audience. To invite input – and to welcome it. To establish a YouTube presence, a Facebook presence, a public presence – instead of skulking in obscure committees and hiding their out-of-touchness and general incompetence behind the procedural sleight of hand of a Common Purpose trained Clerk.

Which brings me to the subject of the aforementioned The Guardian Weekly article: “Flatpak Democracy”. It just might inspire people to stand for election – it might even inspire pro-active candidates who in turn can inspire ordinary people to come out and vote.

On which subject, they tell me that business has been somewhat slack at the polling station for today’s by-election.

No fan base. No interest. No wonder. 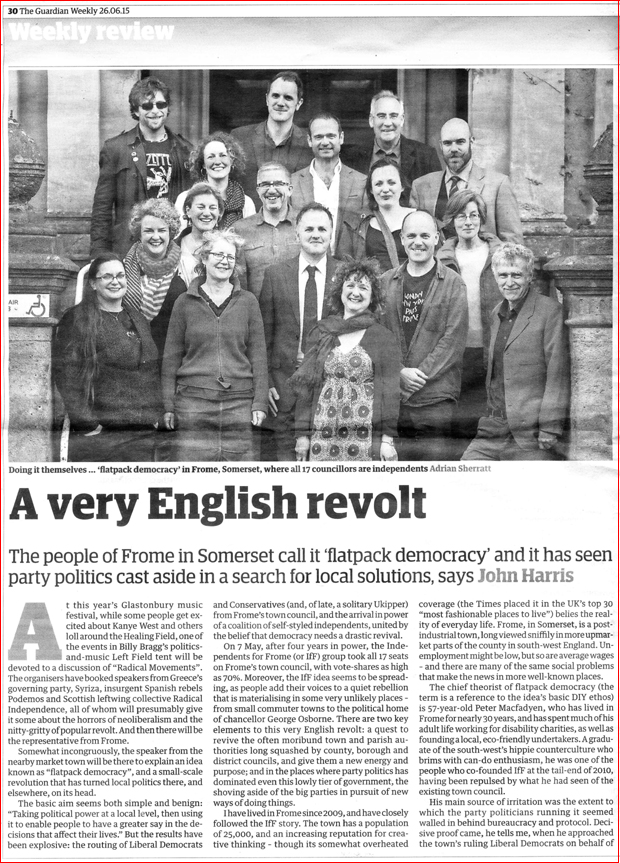 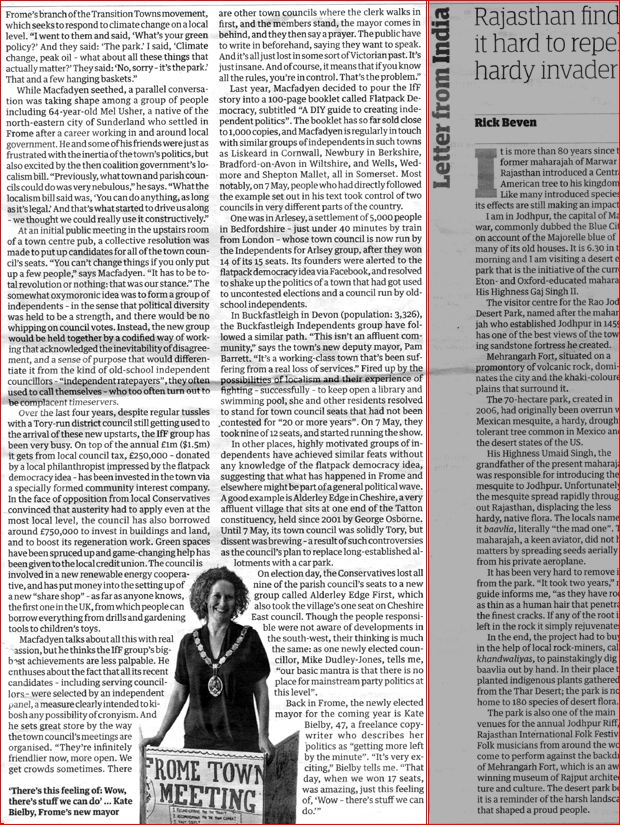