Today’s Guest Author is the ever-popular Stormin’ Norman MURPHY, past and (putatively) future Independent SBC Councillor, who comments on the performance of Councillor Steve SIDDONS [Lab.] in his role as Leader.

For most people living in the Borough of Scarborough the consequences of the old saying “Power corrupts and absolute power corrupts absolutely” have been, for many years, an everyday reality. Indeed, it is generally recognised that progressively, and surreptitiously, successive Leaders of Scarborough Borough Council have successfully taken, for their own ends, all the levers of power and control; absolute power, with the result that, as and when it has suited them, they have inflicted on us a series of madcap, and usually costly, projects and schemes.

Although there were those who tried to resist the Leadership’s quest for absolute power; their attempts at resistance were cynically brushed aside by an increasingly autocratic and powerful Leadership. Nonetheless, there were still those who persevered with resistance, until that is, new government legislation allowed Local Councils to introduce a revolutionary system of local governance known as the Strong Leader model. This system of governance allowed whoever was Leader of the Council to become, if they wanted absolute power, a virtual dictator, and was, perhaps not surprisingly, greedily embraced by the then Leadership. The Leader quickly closed down all but one of the Overview & Scrutiny Committees which allowed him to rule with virtually no oversight from his fellow Councillors.

However, while the switch to Strong Leader suited the Leader of the Council, it certainly did not suit the residents of the Borough. Indeed, the Strong Leader model of governance made the Leader of the Council so powerful that he could, with impunity, ignore any level of criticism raised against his plans and reduced the voices of dissenters to little more than the whimperings of a protest group. The introduction of the Strong Leader model ultimately gave the Leader of Scarborough Borough Council so much power that he could authorise the spending of £4.5 million pounds of ratepayers’ money, totally against the wishes of most ratepayers, to knock down the Futurist Theatre.

However, it was quickly recognised by central government that giving Leaders dictatorial power led to some very bad decision-making and they soon introduced reforms to the system which allowed local authorities to get rid of the Strong Leader model. With this option on the table, many local authorities, not Scarborough of course, decided that they had had enough of Strong Leader and abolished the model and reverted to the more democratic system of having Scrutiny Committees.

It was therefore, perhaps, not surprising that when in May 2019 the local elections came around all the main opposition groups campaigned vigorously for the Strong Leader model of governance to be abolished and replaced with a committee-based system. Fortunately, the need to get rid of the Strong Leader form of governance was also recognised by the electorate and the dictator was booted out of office.

So far so good, most residents thought. The old regime was quickly replaced by a Labour-led administration headed by Cllr Steve Siddons who in his very first speech to Full Council vowed, amongst many other promises he gave at the same time, to get rid of the Strong Leader model of governance.

However, this promise as with many others he made, has been ignored. Siddons is now as much a total dictator as the previous Leader was. Seven months on from the election and still no move away from the Strong Leader model, in fact, the situation is even worse than before, as he has concentrated power into the hands of just four Councillors.

This total disregard for the wishes of the electorate, is of course, nothing new to those of us who have already endured many years of dictatorial rule and should, perhaps, have been expected. However, I don’t think many of us thought that the new Leader would have slipped into the persona of the old Leader so quickly, or so completely, in such a short space of time.

Quite obviously, this rejection of the electorate’s wishes and the total disregard for democracy could not be allowed to continue without challenge and so we now have a vote of No Confidence in Leader Siddons brought by Independent and Conservative Councillors. However, it seems Cllr Siddons is not concerned about said vote. Like his masters at the national level in London he chooses to ignore the reality of the situation, which is, that he and his twelve fellow Labour members are out gunned by the thirty-three members of the Council who are not Labour members.

Nick Ferrari wrote recently in the Sunday Express on the General Election result, ‘Labour just doesn’t get it. They don’t get that they have been battered to their biggest defeat since 1935. They don’t get that their wildly unpopular leader champions policies unlikely to get the support of primary school children counting on their fingers with respect to financial accuracy’. Indeed, ‘if it was not so serious it would be laugh-out-loud funny’.

This total disregard for the reality of Labour’s desperate, delusional, situation, it seems, has percolated all the way down to Cllr Siddons. In his delusion, he somehow imagines that most of the Council’s thirty-three opposition members will support him. One or two might be tempted to support him, those that have something to gain from his Leadership perhaps, but I would suspect that by far the majority will see that his performance to date has been nothing short of a catalogue of incompetence and vote him out of office.

Why he should imagine that they will vote to keep a man in charge who reneges on his promises, who laughs at the very concept of openness and transparency, who spends more time on holiday than he does in the Town Hall and now, it transpires, seems to considers himself an unassailable supreme Leader, is beyond comprehension.

Indeed, and to quote Nick Ferrari again, “Labour has a Leader, and policies, that have proved about as popular as a dose of herpes”. Cllr Siddons, and Labour, are, as Tony Blair the former Labour Prime minister recently said, ‘presently marooned on fantasy island’. 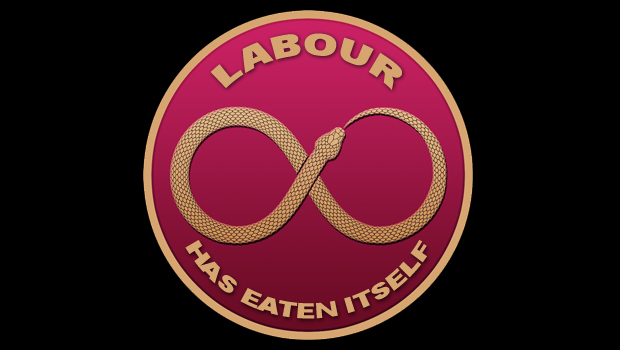