On 16th December 2012, I published an article entitled “The Stamp(s) of Authority”.

Briefly stated, the article reported on a sequence of events that began eleven days earlier when a member of the public commented on a previous article (“Double-Dipping double-talk – a Frank and Honest Statement?” – concerning County Councillor Joe PLANT [Con] and his pusillanimous empty rhetoric regarding his serial double-dipping).

The comment concerned anecdotal evidence to the effect that SBC/NYCC double-dipper County Councillor John BLACKBURN [Con] had openly bragged about siphoning off the postage stamps provided to him by NYCC for Council correspondence for his own private use and – far more seriously – sending out party-political election campaign material in the run-up to elections.

This is a criminal offence, since it involves using the tax-payers’ money to promote a single political party – in this case (you guessed it) the Conservative Party. 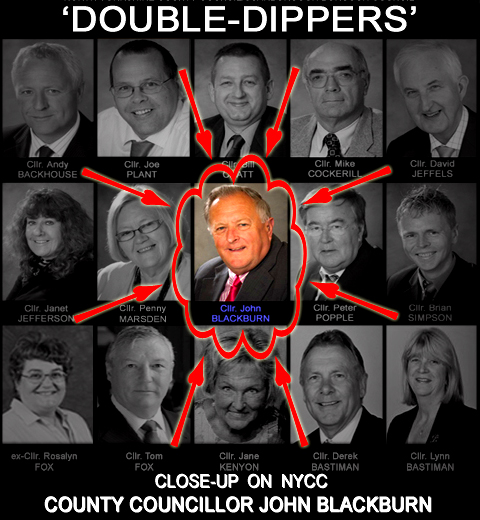 I soon tracked down the source of the anecdotal evidence. It turned out that County Councillor John BLACKBURN’s rather rash remarks had allegedly been made at private Conservative Party campaign meetings, in the presence of other witnesses. The witness was reluctant to come forward and report the matter because of previous indications that it would be smart to keep quiet about County Councillor John BLACKBURN’s indiscretions, on pain of certain undefined but clearly unpleasant consequences.

At first, I was somewhat disappointed, because I believe that wrong-doing by those holding the public trust should always be addressed. Fortunately, another Councillor very kindly pointed me in the direction of a NYCC guidance document that informed me of the possibility of lodging an Anonymous Complaint on behalf of the witness, provided always that such Complaint was in the Public Interest, which, in a case of allegations of fraud on the part of a County and Borough Councillor entailing electoral abuse, it clear is:

So, having obtained a written statement from the Anonymous Complainant, along with an authorisation for me to act as Complaint Friend, on 6th December 2012 I lodged a Formal Complaint against County Councillor John BLACKBURN. This was eventually acknowledged on behalf of NYCC by Moira BEIGHTON, Senior Lawyer (Governance) seven weeks later on 31st January 2013.

On 18th March 2013, Moira BERIGHTON emailed me assuring me that the matter had been referred for investigation. Time passes slowly up here in the mountains.

Two days later, on 1st May 2013, I received an email from one Catriona GATTRELL, Corporate Services Legal Manager at NYCC, informing me that she had been appointed as the Investigating Officer for the BLACKBURN Complaints and claiming that, having previously emailed me on 21st March 2013 (my email client has no record of that email – perhaps it was genuinely ‘lost in space’?), she was now completing her Report.

It will not have escaped readers’ attention that the County Council Full-Term Elections was due to take place on the following day – 2nd May 2013.

Could it be that NYCC had been dragging their heels over the BLACKBURN Complaints to prevent any adverse publicity during his re-election campaign?

Readers are, of course, free to make up their own minds on that point.

Speaking for myself, I have formed the opinion that such was indeed the case.

Be that as it may, I responded to Catriona GATTRELL immediately, providing the name and contact details of the second Complainant. 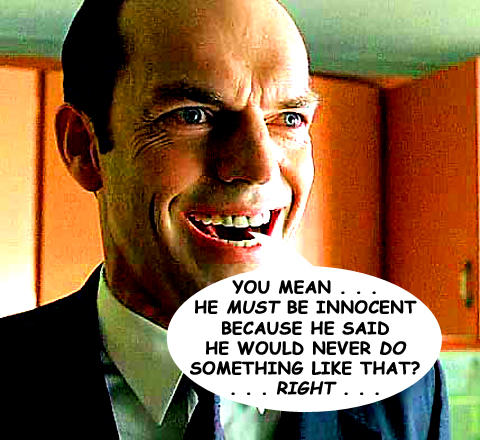 Having provided the necessary background to the BLACKBURN Complaints, I will now ‘cut to the chase’.

On 14th June, Catriona GATTRELL emailed me, stating that she had been unable to question County Councillor John BLACKBURN until the previous week (3rd to 7th June 2013), and attaching her Final Report.

In disregard of the innumerable occasions on which I have notified NYCC that I reserve the right to publish my correspondence with the Council into the public domain, at my own prerogative, Catriona GATTRELL also stated that:

Out of sight, out of mind, eh? That is what she thinks.

She also states that it was not until 7th May 2013 (after the elections) that she received notification of the second Complaint. How very convenient. But then time sure does pass slowly up here in the mountains.

Catriona GATTRELL’s Final Report is riddled with inconsistencies and inaccuracies. It is a cheap-grade whitewash and a sham.

Her conclusion is that, although it is true that County Councillor John BLACKBURN hoarded his Stamp Allowance, she has been unable to ascertain exactly how many stamps (and to what value) he has claimed since his election back in May 2004, or for what purpose they were used. They may even have been converted into cash, but Catriona GATRELL has not addressed that possibility at all in her Final Report.

Nor has Catriona GATTRELL made any attempt to question the second Complainant (though she does have name and full contact details, and has corresponded with him directly regarding his Formal Complaint).

On this basis, she concludes that County Councillor John BLACKBURN “is unlikely to have made remarks of the nature alleged”.

Because she is willing to accept County Councillor John BLACKBURN’s claims that, although he rather conveniently cannot recall the specific events that gave rise to the Formal Complaints:

Catriona GATTRELL seems to be unaware that, in English, the word “would” is an auxiliary verb indicating the subjunctive or irrealis mood (a mood that does not refer directly to what is necessarily real or true).

It is also conditional – it implies an “if” clause, in the following sense:

In plain language, County Councillor John BLACKBURN has satisfied Catriona GATTRELL only this:

If he knew that the ultimate consequence of bragging about having abused his Stamp Allowance  “would” result in two independent Formal Complaints against? That I can believe.

In summary, Catriona GATTRELL’s investigation of two Formal Complaints, from two independent witnesses – whose statements she has made no attempt to investigate, and to which she has determined to give “limited weight” – has recommended absolving County Councillor John BLACKBURN on the grounds that he says he “would not have” abused his Stamp Allowance in the way that two witnesses have independently asserted he previously bragged about doing.

Is this what passes for “due diligence” at County Hall?

The court of public opinion may be less biased in County Councillor John BLACKBURN’s favour.

After all, County Councillor John BLACKBURN’s record is not encouraging. He is one of thirty-seven DOUBLE-DIPPERS who exploited the respective Allowances Schemes of NYCC and SBC for his own personal gain.

I will be raising further penetrating questions about County Councillor John BLACKBURN’s moral probity in due course – but not via the NYCC or SBC Complaints Procedures, in which I have no confidence whatsoever.

Nothing for it, then, but to NAME and SHAME. With luck, he might sue me.

Meanwhile, NYCC CEO Richard FLINTON continues to decline my invitation to discuss a rational and just resolution to this continuing saga of corruption in North Yorkshire.

Of course, in the final analysis it is no skin off his nose that four of the SBC Double-Dippers lost their County seats in the May 2013 County Elections (Councillors Bill CHATT, Mike COCKERILL, Peter POPPLE and Brian SIMPSON), as well as Councillor John FOX [LibDem] of Harrogate Borough Council (HBC) and Mike JORDAN [Con] of Selby District Council (SDC) – not to mention Councillor Neville HUXTABLE [Con] of Hambleton District Council (HDC), Councillor Dave PEART [Con] of SDC, and Councillor Andrew WILLIAMS [Lab] of HBC, who chose not to stand, thus evading relentless media censure.