On Christmas Eve, my mind went back to a lengthy and wide-ranging telephone conversation with the Leader of North Yorkshire County Council, Councillor John WEIGHELL (Con.), in the summer of 2009.

John conceded to me that he, too, was deeply concerned about democratic representation and governance in Whitby and the rest of the Borough of Scarborough – which he described as the ‘most troubling’ of the District/Borough/City Councils within his North Yorkshire purview. Try as I would, I was unable to draw him into elaborating on his quite obviously well-informed and decidedly adverse opinion.

I believe I now know why.

It is always difficult, in local politics, to point a finger at fellow Councillors or paid public servants; there is the future to consider. What goes around may all too easily come around; and a week, as they say, is along time in politics. So it was always clear that Cllr John WEIGHELL would steer well clear of allegations of corruption – particularly if they involved fellow Conservatives; which they do, though not exclusively.

As regular readers will know, the Corruption Busters have been making a very careful study of the Public Record in relation to Declarations of Interest, Allowances/Expenses, Company Directorships and other forms of vested interests.

There are others whose remit it is to examine such matter; the Monitoring Officers.

The Monitoring Officers have an advantage over members of the public when it comes to examining the Public Record; they have absolute ease of access. They do not need, as we do, to invoke the Freedom of Information Act 2000 in order to identify evidence of Malfeasance and Misconduct in Public Office – an offence at Common Law, defined as follows:

Details of the offence are set out in November 2007 guidance from the Crown Prosecution Service (CPS):

The elements of misconduct in public office are:

This offence is far from trivial; upon conviction, it may attract a penalty of an indefinite period of imprisonment and an indefinite fine.

How are we to reconcile these requirements of the law with the conduct evinced by the Monitoring Officers of NYCC, SBC and the NYPA in recent times?

Clearly, with some difficulty – because all three seem to have acted ‘beyond authority’* in their handling of complaint and requests for information during the past year.

[* – the legal term for acting beyond one’s authority is ‘ultra vires’, and ultra vires actions are addressable by the courts. Surprisingly, training to go ‘beyond authority’ is frequently provided by Local Authorities to their Officers, through Common Purpose, at the taxpayers’ expense].

On 1st July 2012, all of our Local Authorities assumed responsibility for conducting Standards Complaint investigations in accordance with the terms of the Localism Act 2012. This introduced a number of measures; notably:

The Act requires Local Authorities to have in place mechanisms to investigate allegations that a member has not complied with the Code of Conduct, and arrangements under which decisions on allegations may be made.

On the face of it, this would appear to be a step towards the enforcement of higher ethical standards amongst Councillors, Council Officers and Police Officers.

It is a mirage.

In the immediate aftermath of these new requirements, Monitoring Officers Carole DUNN (NYCC), Lisa DIXON (SBC) and Jeremy HOLDERNESS would all appear to have evaded their respective duties and exceeded their respective authority – with apparent impunity. (Carole DUNN featured in the second of three Private Eye articles about corruption in North Yorkshire Councils within her purview – all three in the last half year).

One or all of them (or their minions) has withheld information; ignored formal Complaints; colluded with Defendants and with one another in the preparation of Defence Statements; failed to report crimes, and breached the terms of employment contracts.

What is not yet clear is whether they have done so at their own prerogative, or in compliance with, and obedience to, orders ‘from above’. This makes it difficult to determine against whom charges of Malfeasance and/or Misconduct in Public Office should be brought.

An interesting aspect of the revised Code of Conduct is that Councillors and Police Officers are now required to declare membership of the Ancient & Accepted Masons – the Freemasons – within their respective Registers of Interests.

This is perhaps because the very first of the Three Great Principles of Freemasonry may all too easily stand in conflict with the duty to report crime:

Historically, this ‘compassion and understanding to his fellows’ has extended to the injunction to bring ‘no harm or woe’ upon fellow Freemasons. Clearly, the prospect of ‘whistle-blowing’ on fellow Councillors who happen also to be Brother Freemasons presents a serious dilemma for the would-be ‘whistleblower’.

The Third Great Principle is also a potential cause of conflict:

At SBC, only one of the Councillor has, to his credit, declared membership of the Freemasons; relative new-comer Councillor David CHANCE, Conservative member for Mayfield Ward in Whitby, (where he is joined by Councillor Jane KENYON).

Unfortunately, if membership lists passed to me are genuine – and there is no reason to believe otherwise – Councillor David CHANCE is not alone amongst Councillors in his membership of the Freemasons; which means that the Code of Conduct has been breached yet again. We can only hope that membership will be declared very soon . . . 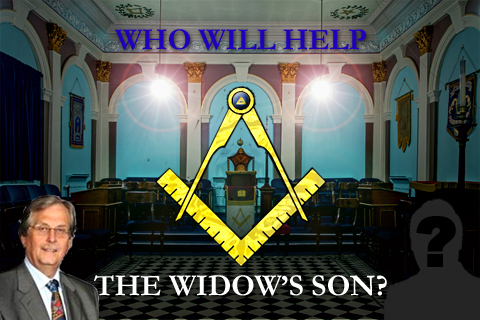 So how frequent and serious have been the various breaches of the Code of Conduct in recent times?

That rather depends upon how seriously one views such breaches as:

All this would be disgraceful enough. What is even more despicable is that some of the offenders have been heard to gloat about the way that the Monitoring Officers have exculpated them, about how they have no fear of the new Standards regime, and about how they have ‘done nothing wrong, really’ – they have, after all, done only what Councillors have been doing unhindered for years and years; availed themselves of the privilege of Office, without regard to their responsibilities as bearers of the public trust.

In my view, that is unforgivable.

I wish you all a Happy and Healthy New Year.

“Bear in mind that Brag is a good dog, but Holdfast is better. Bear that in mind, will you?” repeated Mr Jaggers, shutting his eyes and nodding his head at Joe, as if he were forgiving him something. (“Great Expectations” – Charles Dickens)

Post Scriptum – “A Christmas Cracker” – Following the usual felicitations, one of my Christmas cards included in its message this question; “Did you ever get a response from Tom Fox on that question you posed on 1st July?”

The answer is NO.