Not withstanding the floundering remarks made by SBC Leader Councillor Steve SIDDONS [Lab.] at the Full Council Meeting of 4th January 2021 (to the effect that, despite the failure to obtain anticipated funding, the money will be somehow forthcoming from “somewhere else”), the most recent tsunami of SIX new Objections suggests that all prospect of the proposal receiving Planning Consent is fading and the Leader’s ‘flagship’ is almost certain to be blown out of the water – barring, of course, last minute skullduggery.

Together, the growing host of Objections confirms the overwhelming impression that Castle Ward (with the exception of its elected representative, Councillor Janet JEFFERSON [Ind.]) roundly REJECTS the Leader’s ‘flagship’. It remains to be seen whether Planning Officer Marcus WHITMORE’s recommendation to the Planning Committee reflects the democratic view.

Before reviewing this new raft of Objections (see below), readers may wish to compare the space occupied by just a part of the ARGOS footprint (monochrome photo dated prior to the ARGOS build) with the paltry little postage-stamp now offered as a Town Square.

Note that the rather attractive clock-tower on the corner of the BOYES building would be completely obscured by the present proposal. 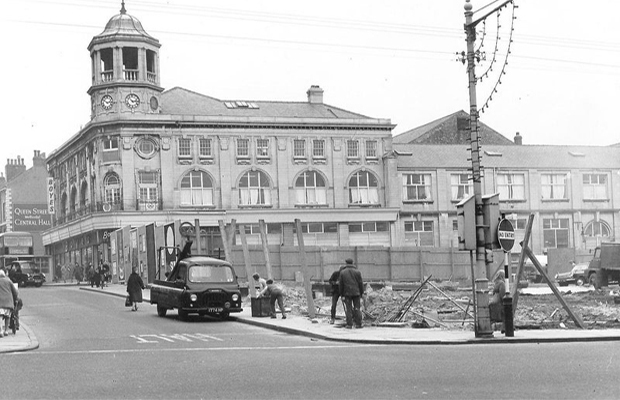 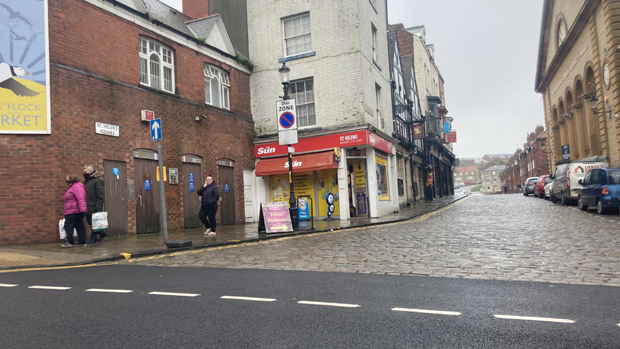 The Most Recent Objections