In the latest scandal over breaches of the lockdown rules by prominent public figures, Labour MP Rosie Duffield has resigned as the opposition whip having admitted breaching the Lockdown Regulations.

Ms Duffield met her boyfriend at her Canterbury constituency, and they went for a five-hour walk together. Her boyfriend is married and still living with his wife, so this is a breach of the Coronavirus Lockdown Regulations ban on persons from different households meeting.

Ms Duffield states that she observed the social distancing regulations, but nevertheless accepted that this was a breach of the lockdown rules.

I cannot help but say that I admire Ms Duffield for her honesty. She admitted the offence, apologised and stood down. You cannot have a member of the legislature breaking the law at a time of national crisis. Particularly as she is a Parliamentary Whip responsible for enforcing discipline on her party’s MPs. So I think she has done the right thing. BBC report here.

Ms Duffield compared to other public figures that breached the lockdown rules:

Compare her conduct to recent examples of public figures that have been caught out blatantly breaching the lockdown rules: 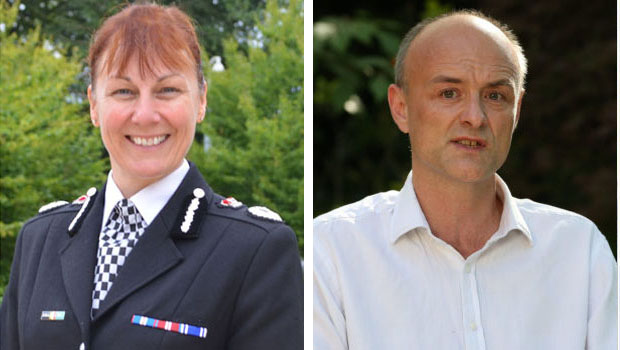 Disgustingly, only Professor Ferguson had the decency to admit his mistake and resign straight away – the honourable and responsible course of action under the circumstances.

For the rest, Dr Calderwood admitted that she had breached the regulations and tried to bluff it out, before resigning. Mr Cummings tried to explain his way out of it and appears to have succeeded, thanks to the acquiesence of the Prime Minister. Chief Constable Winward and Deputy Chief Constable Cain appear to be trying to bluff their way out of accepting any consequences for their actions, by refusing to comment at all.

Ms Duffield’s actions may have risked infecting herself, her boyfriend and his wife. However, other more prominent public figures have committed far worse breaches of the lockdown regulations. Her transgression was certainly much less serious than those indulged in by the North Yorkshire’s Chief Constable and Deputy Chief Constable, but she has nevertheless done the honourable thing and set the appropriate example.

There have been major developments in the Dominic Cummings scandal. It has now been alleged that:

The police in North Wales have noted an increase in people breaking the lockdown rules and attributed this to the media coverage generated by Mr Cummings actions. Quoted in this BBC article, Mr Arfon Jones (Police, Fire & Crime Commissioner for North Wales) asserted that Mr Cummings actions meant that people were ignoring the Lockdown Regulations because they thought “they can do whatever they like“.

North Wales has been particularly badly affected and has the highest number of coronavirus cases in Wales. North Wales Police have noticed an increase in people travelling to Wales for day trips. However, I think it is unfair to blame this entirely on Mr Cummings. He is not the only prominent person who has publicly undermined the government’s efforts to protect the NHS and save lives by breaching the rules.

All the “idiots” like Mr Cummings, Dr Calderwood, Professor Ferguson, Ms Duffield, Deputy Chief Constable Cain and Chief Constable Winward who have flagrantly disobeyed the Lockdown rules have responsibility for this – not just Mr Cummings.

The NYE has been doing everything it can to support the efforts of the vast majority of NYP officers to protect the public, by promulgating police information on the lockdown rules.

Chief Constable Winward can be heard in this Yorkshire Cost Radio article here explaining the lockdown rules and giving police advice not to travel. (The same advice that she and Deputy Chief Constable Cain ignored).

This photograph of three out-of-force-area Cleveland Police motorbikes parked up on the Fish Pier in Whitby has arrived on my desk. I understand that the Officers they belong to did not observe social distancing. This is evidenced from the proximity of the bikes to each other. 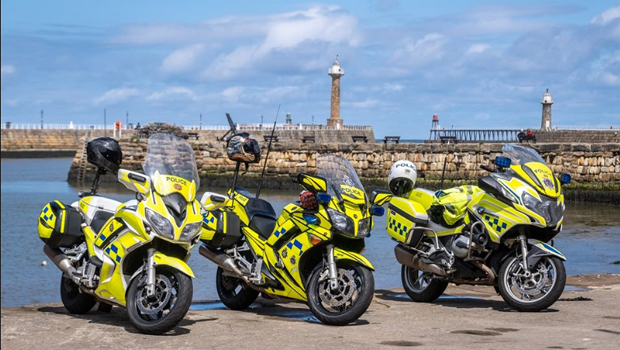 They were all three seen having a wonderful time sitting on the same bench in the sun, feasting on fish and chips from one of Whitby’s finest purveyors of the same, in full view of the public.

I am informed they also accepted an invitation from a lady to have a look round a holiday cottage, again not observing social distancing.

It is unclear what official duties they were on, what called them to Whitby and why they were on patrol (that is “Fish and Chip Patrol”) in another force area.

Obviously it is deeply regrettable that Police Officers should publicly undermine the social distancing rules, given that North Yorkshire Police are arresting members of the public and fining them for committing similar offences. However, this is what you have to expect when the Chief Constable and Deputy Chief Constable themselves undermine force discipline by breaching the Lockdown rules.

A request has been made to NYP for a media statement, which was not available at the time of publication.

In this context, to deter people from breaching the lockdown rules and in accordance with our policy of “Name & Shame”, if you become aware of a public figure or Police Officer breaching the Lockdown rules, please photograph/video them using your mobile ‘phone and inform the NYE using the news@nyenquirer.uk email address.