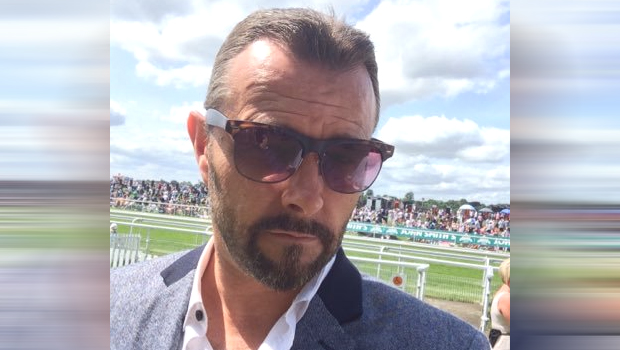 On Sunday 29th October 2017, I submitted an article to the Enquirer for publication entitled “YCH Boss Ducks Safeguarding and H&S Issues – then Goes to Ground”, describing the plight of Maureen – a single mother of three mixed-gender children in a two-bedroom house, forced to sleep on the sofa on the ground-floor (where the lighting-ring was disconnected due to damp and rainwater leaks on the first-floor – YCH gave her a torch! – and the gas-fire was out of service).

Emails to the Operations Manager were ignored (it later transpired that he had left his position at YCH).

The Past Two Months

Having concluded my above-mentioned article with a mild pop at SBC Portfolio Holder for Housing & Public Health, Councillor Bill CHATT [Ind.], I was pleasantly surprised to receive a message from Bill showing a keen interest in attempting a reasonable resolution.

On Wednesday 1st November 2017, a YCH technician visited Maureen and restored the ground-floor lighting to working order. This was as a direct result of Councillor CHATT’s intervention. Maureen was both grateful and encouraged to believe that her circumstances were about to take a turn for the better. She was no longer reliant on the complimentary torch that YCH gave her so she was no longer forced to cook, wash and iron for her family by candlelight.

But the restoration of mains lighting did not begin to address the leaks, the dysfunctional gas-fire or the immediate need for three-bedroom accommodation.

On Thursday 2nd November 2017, my first email to YCH Operations Manager Bill MILLER (26th October 2017) was read-receipted. I have never received a response.

So I decided to email Mr Owen INGRAM, the Interim CEO of YCH (CEO Shaun TYMON having left quite suddenly), seeking a meeting so that Councillor Rob BARNETT [Lab.] and I could plead Maureen‘s special case for re-housing. 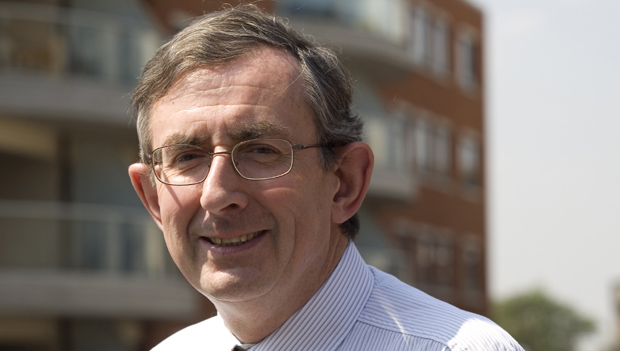 This proved difficult. I visited the YCH  web-site in search of an email address for Mr INGRAM – with no success. As I was browsing the site, up popped a ‘live’ chat window. Great. Simple question – simple answer. Onwards and upwards. Alas, it was not to be.

I needed an hour and twenty-seven minutes to elicit Mr INGRAM’s email address from YCH chat operator Mandi EVANS and her colleague. No, I am not exaggerating – I saved the exchange as a PDF document which I presented to Owen INGRAM. Poor Mandi was clearly under instruction to protect Mr INGRAM from pesky investigative reporters. Bless. 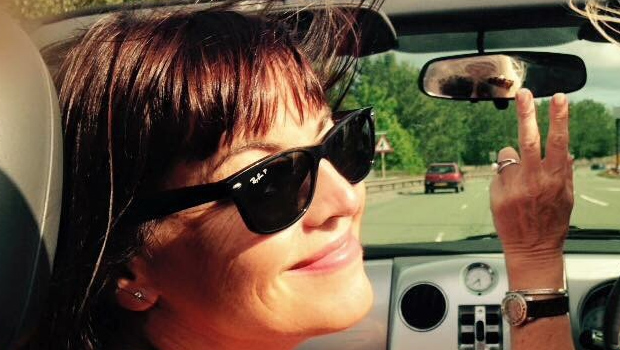 Finally, I was able to email the big cheese:

Now that the second of my emails to Bill MILLER has been acknowledged (I refer you to the read-receipt reproduced below this email), I would like to address you on the subject of my article, as published in the North Yorks Enquirer on Sunday 29th October 2017.

To begin with, I am puzzled as to why the word “them” appears next to my email address in the aforementioned read-receipt. I would be grateful for an explanation. I was not aware that YCH adopts an “us and them” attitude in relation to correspondents.

Secondly, I tender my apologies to Bill MILLER, who (as I understand from Councillor Bill CHATT) is no longer with YCH, though the circumstances of his recent departure have not been elucidated. In explanation, I have corresponded (productively) with Bill MILLER in the past and nothing on the YCH web-site suggested that he was no longer Operations Manager. Perhaps that could be rectified?

Thirdly, I am grateful for the efforts made yesterday to restore electric lighting to the downstairs rooms of the occupant’s premises. Thank you for that.

However, there remain a number of outstanding issues. It would therefore be helpful if you would be so good as to offer me a choice of dates when I can meet with you, in the very near future, in company with Councillor Rob BARNETT. I have no objection to Councillor CHATT joining us.

I am sure you are aware that ‘Maureen’ is by no means the only YCH tenant with issues which remain, as yet, unsatisfactorily addressed. My hope is that we can move these issues forward through an amicable co-operation.

I look forward to reporting further on YCH in a more positive vein.

PS – I spent an hour and a half (from 12:37 to 14:04) in the ‘Chatbox’ of the YCH website attempting to elicit your email address, which is apparently a state secret. I dread to imagine how tenants, especially those of limited experience in dealing with perceived ‘authority’, cope with such unhelpful, secretive and prevaricatory responses. Please see attached transcript.

My email was read-receipted by Mr INGRAM 6 minutes later. By now readers will scarcely be surprised to learn that he has yet to respond.

It is all care and courtesy at YCH.

Following an unproductive meeting between Councillor Bill CHATT and Mr INGRAM, Bill attempted to set up a meeting with YCH’s Head of Housing & Support Mr Kevin BRADSHAW (pictured enjoying a day at the races in the featured image at the head of this article), keeping Maureen and Councillor Rob BARNETT copied into correspondence. Unfortunately, this fell through because Mr BRADSHAW was away from his desk for some time, or perhaps twice, variously reported as vacation time and/or sick leave.

November dragged by. Having lost her job, Maureen’s mental health difficulties increased. She was prescribed anti-depressants and further medication for her disturbingly high blood pressure. All three of Maureen’s children celibrate their birthdays in November, so this was a trying time financially, too.

Misunderstandings arose regarding Maureen’s benefit eligibility and this resulted in her falling three weeks in arrears on her rent.

On 21st November 2017, Councillor Bill CHATT visited Maureen in Whitby. Councillor Rob BARNETT attended. Both Councillors were deeply concerned that ‘the system’ was abjectly failing Maureen and her children.

I have been to Whitby today to meet  [Maureen] – the lady who’s electricity was off.

Met her today with Councillor Barnett and I now understand better her family situation.

She states she sleeps down stairs and her 4 and 8 year old share a bedroom, and her 15 year old son has a bedroom to himself.

She has told me she is in Silver band on the choice based lettings, and that seems a bit wrong.

She needs to be moved to Gold to at least give her confidence that her application is being taken seriously.

I have explained about the need to have a contact number for her and she has given me her mobile number but, as she stated, putting credit on her phone is not a financial priority to her.

But at least we have a contact number now.

Kevin, can I pop and see you a.m. on Friday and talk about the best way forward for this family?

And how we can ensure the family is in the right banding?

[Maureen] has asked me to copy this email to councillor Barnett,

A sterling effort. Very reasonable, very amiable, very fair. The expectation was that, at the personal request of the SBC Portfolio Holder for Housing & Public Health and a Board Member of YCH, Mr BRADSHAW would intervene so that Maureen and her three kids might have at least a chance of spending Christmas in a safe, warm, dry, three-bedroom house.

Then, on 29th November 2017, Maureen received two letters from YCH; one informing her that, because she was now allegedly in arrears in the sum of £660 – more than twice the three weeks rent arrears mentioned above – she would not be eligible to bid even within the more limited Silver band of the YCH letting system.

Given that the true sum in arrears was actually only £325, this letter was a real body blow for Maureen – especially having had the extra expense of all three of her children’s birthdays in the preceding couple of weeks, and with Chrsitmas looming.

Then, bizarrely, the  second letter contradicted the first:

However, Maureen was even more disappointed to learn that YCH still had her listed only for Silver band (nothing with three bedrooms available), yet she was still sleeping on the couch in the living room – with no working gas-heater.

So Councillor CHATT wrote once more to YCH’s Kevin BRADSHAW (passed to me by the same route as previously):

Hi Kevin – just had [Maureen] on to me saying Yorkshire Coast has sent her a letter today saying her rent arrears are now at over £600.

She is very concerned over this.

She understands she owed somewhere in the £300 mark, but is very shocked as to why this amount has gone up?

Are you at work in the morning?

That meeting eventually did take place, with Mr BRADSHAW promising to look into the matter, but nothing further transpired until less than a week before Christmas, even though Councillor CHATT had specifically requested that a letter of apology go out to Maureen,  a.s.a.p.

Then, on 23rd December (the Saturday before Christmas Day – the Monday), Maureen received the following letter from Kevin BRADSHAW, full of goodwill and Christmas cheer: 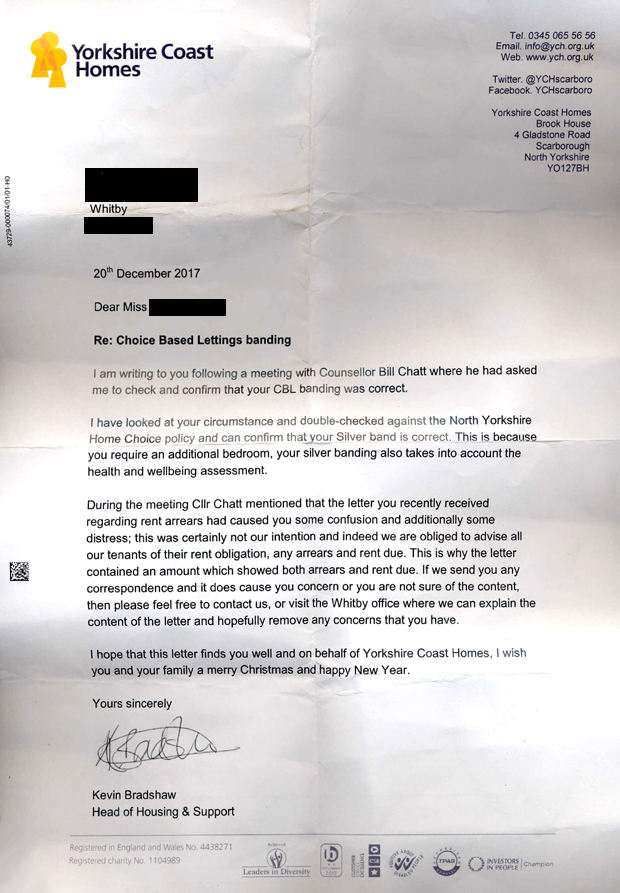 Get that – in line 3 of the 2nd paragraph: “You require an additional bedroom”. Don’t you think Maureen knows that, Kevin?

No acknowledgement of the rent arrears having been completely cleared. No apology for the consternation and distress caused by YCH’s billing error. No prospect held out for any foreseeable improvement in Maureen’s circumstances. Just hard talk. No room at the inn. And Merry Christmas to you, too, Kevin BRADSHAW.

In short, I now have every reason to suspect that other YCH tenants who have approached me with horror stories about their treatment by YCH are not exaggerating by one iota and that YCH is failing tenants on an industrial scale.

However, I do have it on good authority that Mr Kevin BRADSHAW, Head of Housing & Support (Support?), did not spend his Christmas on the couch in his living-room, or huddling with his kids in front of a defective gas-heater.

Nor, to my knowledge, was he admitted to hospital, as Maureen was, in the early hours of 28th December 2017 for an ECG in respect of alarmingly rise in her already high blood pressure following repeated and escalating anxiety/panic attacks.

Do you want to have a conversation with me about Duty of Care, Kevin?

On the other hand, it is entirely within the bounds of possibility, is it not, that either Mr BRADSHAW personally, or YCH as an institution, has adopted a vindictive stance against Maureen, in retaliation for her having evinced the audacity to share her predicament with the press?

Or perhaps Mr BRADSHAW considers the proposed forthcoming merger between YCH and Coast & Country Housing to be a ‘done deal’ – and, at that, a ‘done-deal’ that may well eliminate his job. So why should he give a flying flock what happens to Maureen, anyway?

Stay tuned, folks. It rather looks as though I will be introducing YCH to ‘Doris’, ‘Emmeline’, ‘Roberta’ and a host of other disgruntled (but anonymised) tenants who are queuing up to present their horror stories to the wider public. It seems to me that some YCH personnel are all too ready to treat tenants like shit, on the basis that tenants are nobodies and have no voice. Well, they do now.

Hopefully, it will be possible to resolve their issues discreetly and without YCH acquiring an even worse reputation for high-handed and uncaring customer relations.

And a Happy New Year to all the happy, smiling, successful, sensitive home-owning types at YCH . . . 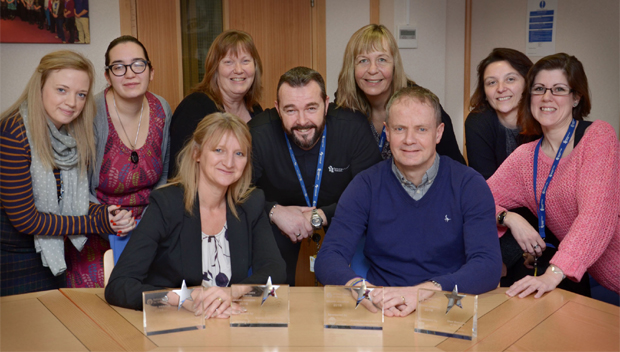