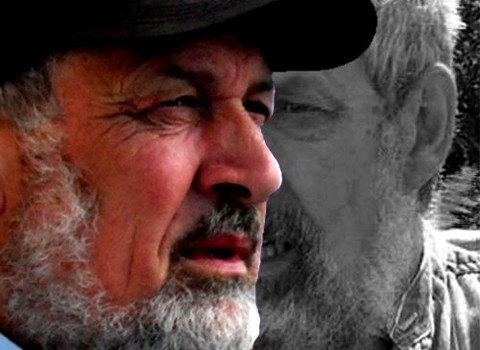 Not so long ago, I stumbled across a now-defunct on-line e-petition from autumn 2010 that seriously shocked me. I was astonished to learn that, in just under five weeks, one million and fifteen people had signed up to the view that Complaints Procedures in Great Britain are corrupt.

‘Corrupt’ in this context is a very loose term. Even so, any which-way you look at it, a million people sufficiently disgruntled as to bother signing and verifying an e-petition very probably did so on the back of some personally dissatisfying experience; I see a lot of e-petitions, but I only sign those that arouse some real passion on a national level.

Let us imagine, say, that you have grounds to believe that a certain Councillor has acted improperly, perhaps by ‘leaking’ commercially sensitive information to a close friend or family member, with a view to granting him or her a financial advantage. You probably feel that this would be rather like ‘insider trading’.

You may wonder if the Councillor expects a ‘thank you’, perhaps – and what form that might take. You may even have experienced intimidation – to ‘warn you off’ or ‘shut you up’. You are perhaps unsure as to whether or not any of this is actually a crime – fraud, perhaps, abuse of power, or maybe even bribery and corruption – but you are pretty sure that Councillors should not behave in such a way, and that the Code of Conduct must surely prohibit them from doing so. After all, when they are elected to Council, Councillors must sign a legally binding Declaration of Acceptance of Office that commits them to upholding the Code of Conduct, and the Code of Conduct could not fail to consider such actions unacceptable – could it?

Stage 1: You write to the Council, outlining your concerns.

You perhaps expect that an investigation will be undertaken. Perhapse it will – but first you will be asked to submit your Complaint in compliance with an inflexible protocol that requires, amongst other things, that you specify exactly which Items of the Code of Conduct you believe may have been broken. That is no easy task for the first-time Complainant. The terminology is loose and encompasses a wide spectrum of connotation.

3.2(b) You must not bully any person including councillors, council officers or members of the public.

The Code of Conduct does not define ‘bullying’, but other public bodies do. For example:

“Offensive, abusive, intimidating or insulting behaviour, abuse of power or unfair penal sanctions which makes the recipient feel upset, threatened, humiliated or vulnerable, which undermines their self-confidence and which may cause them to suffer stress”

Would you feel ‘upset’, ‘threatened’, ‘humiliated’ or ‘vulnerable in a way that undermined your self-confidence’ if an elected Councillor spread lies about you to other authority figures (ranking Police Officers, for example), and threatened you with legal action – with the added ‘frightener’ that influential people were confidently expected to ‘close ranks’ to corroborate the lies?

Stage Two: Having satisfied yourself that the Code may well have been broken (not half!), you complete the Official Complaint Form, indicating the Code Items that you believe to have been violated.

The Council now has twenty working days in which an Officer will place a Report on your Complaint before the Referrals Sub-Committee of the Standards Committee, who will then decide how to proceed.

The Officer’s Report is a very brief synopsis of your detailed Complaint. It may omit vital elements. It may be inexact, or even mistaken, in its understanding of the nuances of your Complaint. It may even have been wittingly biased in accordance with the wishes of a person of higher authority who has ‘leaned on’ the reporting Officer to protect a friend, colleague or protégé – it’s called ‘closing ranks’.

The Referrals Sub-Committee must decide in favour of one of three options:

Whatever the explanation, it is a fact that your Complaint is highly likely to be knocked back, under option

Stage Three: You have the right to lodge an Appeal to the Review Sub-Committee of the Standards Committee. This time around, you will need to show every last conceivable scrap of evidence (emails, statements, medical reports, recordings, etc) that you can muster. And you will have to wait another twenty working days until the Review Sub-Committee hands down its Decision.

If you are fortunate – and if you do not have a history of embarrassing the Council by publicising its shortcomings – you may conceivably achieve a reversal, in which rare case your Complaint will be examined by a delegated Investigating Officer, who will interview all of the parties and prepare a new Report for the Standards Committee – which itself may be inexact or mistaken in its understanding of your Complaint. It also may have been biased in accordance with the wishes of a person of higher authority, blah, blah – ‘closing ranks’.

But let us be optimistic and assume that you have cleared all these hurdles. Months have gone by. Everybody’s memories are less sharp. Now you will be called upon to attend a Hearing – open to press and public – a daunting environment to the Complainant, who may never even have read the lesson at school, much less taken part in a courtroom-like process.

But let us also assume that you have done your homework and done it well. Your evidence is overwhelming. The defendant is twitchy and prone to making rash statements. He (or she) comes across badly under cross-examination. And the members of the Standards Committee can find no plausible grounds, try as they might, on which to dismiss your Complaint, for the simple reason that it is completely valid.

Stage Four: The Standards Committee may impose ‘sanctions’ on any ‘guilty’ party. But the final indignity is that these so-called ‘sanctions’ are almost non-existent.

Former SBC Investigating Officer Richard SMITH inadvertently disclosed to me that in the nearly forty years since the Local Government Act, only SEVEN Councillors have ever incurred the maximum ‘sanction’ – banned from attending the next three Council Meetings.

But that salutary total of 7 three-meeting suspensions in 38 years is not the figure at SBC – it is the figure NATIONWIDE!

Scarcely any wrong-doing effectively goes unpunished. And this entire pantomime costs the public purse up to £10,000 a time.

You think that’s a pretty poor record of ‘accountability’? Me too!

“Bullying is a compulsive need to displace aggression and is achieved by the expression of inadequacy (social, personal, interpersonal, behavioural, professional) by projection of that inadequacy onto others through control and subjugation (criticism, exclusion, isolation etc). Bullying is sustained by abdication of responsibility (denial, counter-accusation, pretence of victimhood) and perpetuated by a climate of fear, ignorance, indifference, silence, denial, disbelief, deception, evasion of accountability, tolerance and reward (eg promotion) for the bully.”