“Who Gives a Frack?” 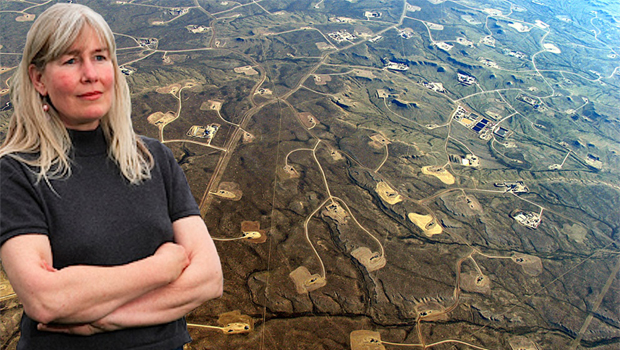 A Letter to the Editor from Roger BRUTON of Pocklington, highlighting his concerns regarding the burgeoning fracking (hydraulic fracturing) programme in the Yorkshire area.

On the evening of 9th October I attended a talk at the Milton Rooms, Malton, to listen to a very earnest, erudite and brave Canadian woman, Jessica Ernst [pictured above], who told us of the untold problems caused to the water supply of her and her neighbours due to the gas industry which had fracked their area.

I was astonished at the lies, deceipt, forgery and manipulation of the law indulged in by the industry in search of profit regardless of effects to communities which included deaths and injuries to several people.

The hall was packed by mainly middle-aged and elderly respectable Yorkshire folk horrified at what they heard and made even more determined to fight to protect the countryside from the depredations of the fracking industry.

Public opinion of the majority of this country’s population on fracking has sunk to an all time low and now Scotland has banned fracking one must ask why politicians are ignoring the wishes of ordinary people?