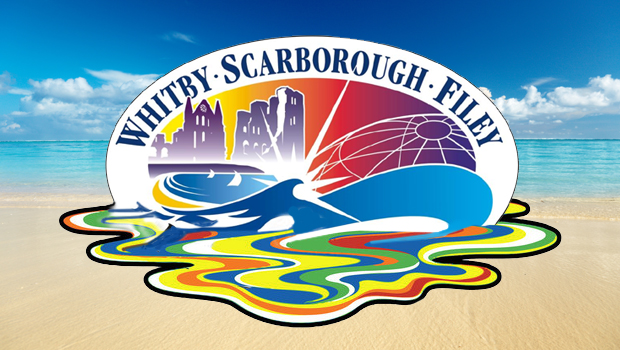 A Letter to the Editor from former Scarborough Borough Councillor Mike WARD [Ind.], who knows – from the ‘inside’ – whereof he speaks.

WHITBY – THE TIME FOR CHANGE IS NOW

No ill-conceived or badly-worded petition was needed to tell anyone that Scarborough Borough Council is not highly regarded, at the very least in the north of the Borough.

The Conservative Councillors are certainly not representing the views or needs of  many of their constituents. They and the Senior Management Team simply refuse to listen.

Whitby is being used as a cash cow for the town of Scarborough.

It has been known for 10+ years that Whitby Piers are in need of urgent repairs.

If anyone is in any doubt, take a pleasure boat ride and look at the stonework. That urgent need is obvious and is there for all to see.

“The piers are vital as coastal defences and as an integral part of safeguarding the harbour…. By reason of their highly exposed location, they are inevitably prone to erosive and potentially destructive effects of the sea and weather.”

He acknowledges they are in a decrepit state.

For many years now, the repair work has been promised – how many times have we heard “the work will start this year”.

We have had numerous photo opportunities for our local Councillor and MP welcoming the “repair of the piers”. 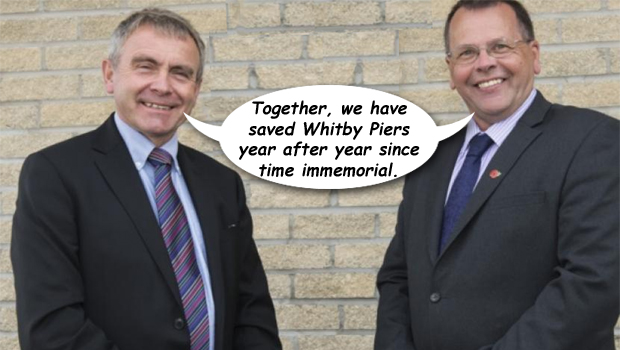 When will it happen?

Will our new Borough Mayor now give a cast-iron guarantee that the work will be completed in his year of office?

Will the Portfolio Holder for Harbours give a 100% guarantee that no major damage will occur if piers are not repaired in 2018, followed by a bad winter ?

Cllr Cockerill said that organising the funding for such a project is “very frustrating, as there are hoops we must jump through,” but he added, “we are talking about very large amounts of public money”.

A £9M loan was taken to help a private enterprise company build the Waterpark. Where was that concern then?

The business plan for that venture was seriously flawed and, to many in the Council Chamber at that time, unworkable.

How long will it be before the operator pulls out of running the park, which the contract allows them  to do without large financial penalties?

It would mean the Council is left to run a business which they have shown in the past they are incapable of doing.

Could they find another company to run the facility and what financial incentive might they have to offer to sweeten that deal?

The demolition of the Futurist and the necessary cliff stabilisation could budgeted at £3.9M of ‘public monies’ has already risen to £4.2M – with the work barely started and no end in sight.

How will that be recouped in the short or even medium term?

Yes, the land will be rented possibly by Flaming Land but when will the Council’s misuse of our monies be repaid?

The only example I can find of SBC looking after some public monies for those who live outside the town of Whitby is when somehow they persuaded Whitby Town Council to take over the responsibility for the loss-making toilets in the Town.

This was a excellent deal for SBC but a very poor deal for the residents of Whitby Town.

SBC divested themselves of a loss making service and any future losses will now be paid from the Whitby parish precept.

Residents of the town are now contributing to their own public conveniences as well as those in Scarborough. Why?

After this horrendous decision by a Parish Council, our MP has suggested WTC run more local services.

Do the residents of Whitby have that much trust in their Parish Council?

Can anyone envisage SBC providing all the funds raised in the Town to that Council to provide more services.

Their answer will simply be to raise the Parish Precept again!

What services are we talking about anyway and what does SBC actually do for us?

Is democracy being best served  and can those in power really say what they do is democratic?

“Take that extra mileage allowance from me over my dead body!”, said one Senior Officer.

Councillors must keep everything confidential without question, when necessary; but that doesn’t apply to management.

Competent salaried staff can go if they do not do as they are told without question whilst others will leave as they cannot go on covering up or fronting for the  mistakes made on high.

Those in control can apparently bar Councillors from attending Council Meetings without any need to provide a legal reason and certainly will not answer Councillors’ questions if they don’t want to.

What legal power does a Chief Executive have to bar a Councillor from the Chamber so that he/she is unable to represent their residents’ views ?

The lack of  openness and transparency is endless.

Our Conservative Borough Council does not help the national Conservative cause and indeed it may be fortunate for them that there won’t be a general election at the same time as our Borough elections next May.

Councils need constructive criticism and face up to any justified criticism with an  ability to listen to everyone and at any time. Councils and their public servants cannot be selective as to whom they listen.

Some of our public servants refuse to have any dialogue with the North Yorks Enquirer. Why?

The NYE has raised and is raising key local concerns.

Fortunately, NYCC do listen and communicate well with EVERYONE.

Some Borough Councillors have now realised that local media such as the NYE can provide a good insight into local concerns, but Officers – our paid public servants – are just digging their heels in and being stubborn. Why?

No officer or Council should have anything to hide, so why not put their position in print. It gives them the opportunity to show the good they may be doing or at least acknowledge any mistakes that have been made and how they will not happen again, going forward.

Following the articles on the Me Too! fiasco and expenses scandal NYCC and their leader did apologise. That action has to be applauded.

Their relations with ALL media is based on a sound working relationships with good communication.

SBC just seem reluctant to say anything at any time and mistakes, to them, just never happen.

They will even use public monies to justify EVERYTHING they do by wasting monies on legal fees and to what end, except wasting our money?

They certainly spend/waste in excess of £1m of ‘public monies’ on senior management salaries/expenses & Councillor’s allowances/expenses.

What would happen if those people were not there ?

The time has most certainly come for change.

We need to see a fundamental restructure of local government nationally with one unitary authority for each area of the country.

To many in the Borough, local government for the most part is North Yorkshire County Council and the North Yorks Moors National Park Authority.

Most things are carried out by them so why the need for a Borough Council at all? It is passed its sell-by-date.

How many people would actually notice if SBC, Ryedale District Council, et al, ceased to exist ?

Some services such as  Street Cleaning, Parks Maintenance, Planning and Waste Collection could easily be administered without any need for a Borough Council.

Without the need for senior staff, Councillors, buildings, overheads, etc, etc, how many millions could be saved at one stroke of a government’s pen.

All savings could then be spent on more staff lower down the chain to actually improve the services we get.

More money would be available for social care, etc, etc.

One Unitary North Yorkshire County Council would be a major change but could be for the good of all residents.

Maybe not all residents would want to remain part of North Yorkshire which could be seen as just too large.

There are, however, alternatives…

North Yorkshire could be split into two authorities –  i.e. east and west of the A1.

Yes, there would be some duplication – but with large savings still to be had.

Public consultation would be needed and some residents might vote to join other nearby unitary authorities. Scarborough Town down to Filey might prefer to join the East Riding and Hull.

Whitby, Eskdale, Danby/Castleton and Mulgrave might prefer to move north to link with Cleveland and Middlesbough – many residents already gravitate there for hospital services, etc.

The Government could even go one stage further and do away with our Parish Councils, though to be fair to them many do a good job, given the circumstances. Unfortunately, the bureaucracy behind them can cost too much for what can be achieved.

The local voice can equally well be heard by voluntary organisations such as Friends of …, Civic Societies, et,c etc.

Unfortunately, once a culture of meeting after meeting is established at Parish Council level you could find that one paid Parish Clerk is added to by another, and  then another – tens of thousands of pounds can easily be wasted. And for what ?

Obviously at this time, Brexit is the key issue. But once achieved, can we hope this Government will turn its attention to the pressing issue of a local government restructure in all parts of the County.

CHANGE IS NEEDED – WITH SBC NO LONGER REQUIRED