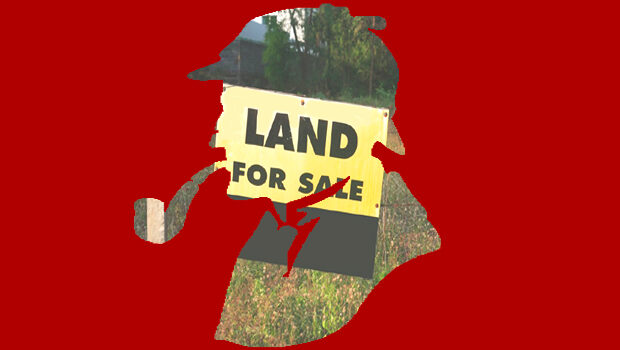 As I explained in my previous article “Sherlock’s Eye on ARGOS”, the current Labour administration ruling over   Scarborough Borough Council, and indeed any other administration which might succeed it, will cease to have any substantial powers after April 2022. The Government’s devolution bill for North Yorkshire has been passed and SBC, along with all the other District Councils in North Yorkshire, will soon be no more.

The current administration is, in fact, a Zombie Council just waiting for the devolution axe to fall. However, this does not mean that for the next 10 months leader Siddons and his Officer buddies will not have any power. They will, by the very virtue of the fact that they are being abolished, have virtually unlimited and unfettered power right up until the time SBC is officially abolished.

Indeed, the political and employed leadership of the Council, now that it is certain devolution will happen, can literally do as they please for the next 10 months, free from the traditional checks and balances which would normally constrain their madness.

SBC Officers, who already in effect run the Council, will no longer be concerned about how their decisions will be viewed by the ratepayers. They now have no need to worry about the threat of unemployment if the decisions they make turn out to be against the public interest as they are going to be made redundant anyway.

They can now openly disregard ratepayers’ opinion (they always have, in reality) as there is nothing anyone can do to them; most of SBC’s Senior Officers are nearing retirement anyway so going a few years early will be no hardship. They will all get out on a big fat index-linked pensions and an even bigger redundancy package.

Moreover, most of the long serving Officers will no doubt be relieved to be going as when the new regime takes over a lot of very embarrassing skeletons may come tumbling out of Clown Hall cupboards. Better to go early, perhaps, before the proverbial hits the fan.

The same, of course, can be said about our political leadership. Our Labour Leader Steve Siddon’s knows his days in power are very much numbered. Siddons knows that his two years in office have arguably been the most dismal and pathetic two years in recent memory and that, consequently, if he and his cronies were to put themselves up for election, they would, in all probability, be run out of town.

However, Siddons now knows that getting re-elected is not even a consideration, as in 10 month time SBC will cease to exist. Therefore, like our Officers, he will never again have to consider public opinion or voter backlash when making his ludicrous decisions.

Consequently, relieved of the burden of upsetting public opinion, possible job losses and, of course, voter revenge both our Officers and the political leadership (at the moment, Siddons) know that for the next 10 months they can do as they please with the Borough’s assets, without worrying about normal constraints.

The reality of devolution has, in fact, brought us to the nightmare scenario of the Borough’s affairs now being governed by an Officer/political leadership that has already demonstrated very low moral standards now being given the opportunity to do exactly as they please with the Borough’s assets.

In my previous article, I used the example of the £22 million ARGOS scam to demonstrate how the cabal of Siddons and the Senior Officers might seek to manipulate Council assets for, shall we say, reasons not even remotely in the public interest. However, the ARGOS scam will, I fear, be by no means the only attempt by the current leadership to empty the public purse before they flit.

My guess is that what will now unfold will be a fire sale of the Boroughs assets. The Futurist site will almost certainly be sold off to Flamingoland, it is common knowledge that secret negotiations have been going on over lock down and I suspect that, if they possibly can, the leadership will want to get this deal done as soon as possible. Likewise I would not be surprised to see the very valuable North Bay sites vacated by Benchmark suddenly sold to very dubious developers, possibly even Benchmark.

However, all these deals are only possible deals, nothing, as might be expected with the current leadership,  has been made public, and of course the ratepayers are always the last to be informed when they are about to be shafted, so brace for impact.

On the other hand, however, there is a rather big scam that even our secretive Council cannot disguise and that is the virtual giveaway of huge swathes of Council land. As many of you have now noticed, Siddons and his motley crew have hit on the idea of flogging off Council land. As one South Cliff resident said to me (in relation to the old sports centre site on Filey Road), “If it’s owned by the Council and its green – it’s up for sale”.

Plots of Council land, such as Green Lane near Whitby Abbey, land off Moor Lane Newby and plots all over Scarborough’s South Cliff, which before the confirmation of devolution, Siddons and our Officers would not even dare to touch, are now forcibly being rammed through the Planning Committee and will almost inevitably be built upon.

Indeed, virtually every plot of Council owned land is now up for sale, or has already been sold. The noble reason  given by Siddons and the Officers for making the Borough a concrete jungle is that selling these prime sites will free up land for social housing, shared ownership schemes and affordable housing.

Very noble and altruistic I am sure you will agree. But really! Is housing the poor truly their motive for allowing development on some of the Borough’s most beautiful and treasured open spaces? Are Siddons and our Officers really that keen on helping our disadvantaged residents?

Well, I suppose, as they say, anything is possible. However, for me at least, the very thought that Siddons and our Officers are giving away precious land assets for altruistic and noble reasons, to help, as they claim, the poor of our community, is stretching what might be possible to extreme lengths.

Indeed, I would suggest that residents would have more chance of seeing Lord Lucan riding Shergar before they will see noble and altruistic sentiments emanating from the Clown Hall.

Roll on April 2022 or, as they say in the Clown Hall, “Arrivederci suckers”.