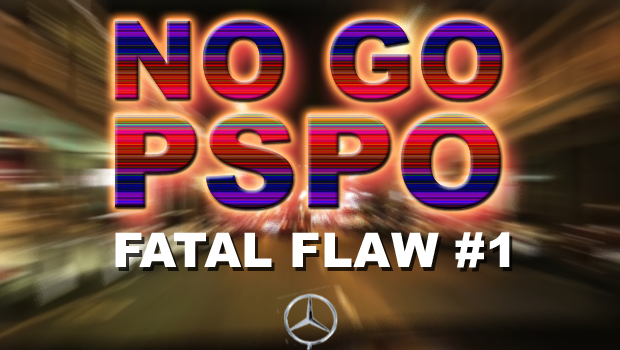 Thus, almost a year has passed and the Council has still not acknowledged a number of fatal flaws in the drafting of the Order (reproduced at the foot of the page).

I owe a debt of gratitude to campaigner Andy STRANGEWAY, whose record for turning over unenforceable by-laws, parking restrictions, PSPOs and CCTV irregularities is second to none – in stark contrast to the intransigence and incompetence that has wasted thousands of pounds on not one but two complete sets of signage, plus a whole tree’s worth of paper and heaven alone knows how many lost man/hours in Officers’ and Councillors’ time.

It is some months now since I alerted my good friend County & Borough Councillor Tony RANDERSON [Lab.], Portfolio Holder for Legal & Governance, to the fact that there are a number of fatal flaws in the SBC Car Cruising PSPO, rendering it unenforceable in law. I have repeatedly offered my assistance. Andy STRANGEWAY has done the same.

I have informed the Director of Legal & Democratic Services Mrs Lisa DIXON, to whom I have also offered assistance in the process of bringing the Order into line with statutory requirements. No takers. Mrs DIXON is a solicitor; I am not. Neither is Andy. Perhaps Mrs DIXON is resistant to the notion that mere laymen may have identified errors that she has missed. Or perhaps she remains convinced that the Order is watertight. It is not – in a number of ways.

At first glance, I was concerned that the PSPO was so loosely drafted that it was in danger of prohibiting funeral cortèges, wedding processions and popular charitable parades (e.g. the Goldwing Parade). This, of course, was not the intention behind the PSPO.

On closer examination, this is not the case. But several fatal flaws soon presented themselves.

Many readers will be aware that when it comes to challenging Fixed Penalty Notices (FPNs), everything comes down to the precise form of words in which the Order (Public Spaces Protection Order, Traffic Regulation Order, Noise Abatement Order, etc) is expressed. That, and only that, will determine the outcome. Certainly, Mrs DIXON will be aware of that. Celebrity solicitor Nick ‘Mr Loophole’ FREEMAN has built a career on identifying mistakes like these.

So let us take a closer look at the wording of the SBC Car-Cruising PSPO. What, exactly, is prohibited?

1.13 “Car Cruising” is defined as two or more motor vehicles (including motorbikes) being on or in a highway or a Public Place, where any such vehicle or occupant of a vehicle performs any of the Prohibited Activities.

1.14 A person “Participates in Car Cruising” where they are the driver of, or are being carried in (or on) a motor vehicle in circumstances where Car Cruising is taking place.

1.15 The “Prohibited Activities” are:

(a) causing danger or risk of injury to road users (including pedestrians);
(b) causing damage or risk of damage to property;
(c) speeding or racing;
(d) performing stunts;
(e) sounding horns or playing music so as to cause a nuisance;
(f) using foul or abusive language;
(g) using threatening or intimidating behaviour; or
(h) causing obstruction (whether moving or stationary).

In lay language: if any/all of the occupants of two or more vehicles together carries out any of the “Prohibited Activities”, each and every occupant will be issued with a £100 FPN, and face trial for committing a criminal offence, with a fine of up to £1,000 on conviction. According to the SBC Car Cruising PSPO signage:

You ‘may’ – but you will not have to pay it, due to a number of fatal flaws, more properly known as ‘procedural  improprieties’.

So what purpose, then, is the PSPO intended to serve?

In my view, the implementation of the SBC Car Cruising PSPO was a knee-jerk reaction to a single foolhardy act of anti-social behaviour. Freshly-laid tarmac on Royal Albert Drive, Scarborough, was damaged by an irresponsible wheel-spinning stunt which (allegedly) caused c.£50K‘s worth of damage. Full York Press report here. This was successfully prosecuted under existing primary legislation without recourse to a PSPO. (As an aside, one Councillor told me that he knew someone who would have repaired the damage the next day for fifteen hundred quid all in – someone who has taken care of quite a few Councillors’ driveways – ha-ha!).

Of course, one should not overlook a secondary motive – REVENUE:

Unless, that is, there is in place a Dispensation.

Readers will perhaps recall the fact that questions have been raised in the past regarding Mrs DIXON granting ‘Special Dispensations’ permitting nine Councillors to participate in a Vote of No Confidence against them.

Unsurprisingly, the matter of Dispensations arises again. I refer once more to the Order, highlighting salient points in bold:

3.1 The Council may, upon written application, grant a written dispensation in relation to any one or more of the Prohibited Activities for a specified event to take place on Land to which this Order applies.

3.2 Before granting such a dispensation the Council must consult with and take proper account of the views and requirements of the North Yorkshire Police.

3.3 Where a dispensation is granted, that dispensation may be subject to any conditions the Council deems to be reasonable and appropriate in the circumstances.

I can assure readers that the Council MAY NOT “grant a written dispensation” permitting applicants to breach any of the “Prohibited Activities” – which already are, and will likely remain, offences under various Acts of Parliament.

That would amount to the Council granting consent to break the law.

Quite categorically, the Council is NOT empowered to protect offending members of the public from prosecution.

This is the first Fatal Flaw in the PSPO. Not even the Prime Minister (whoever that may be by the time this article is published), nor even Her Majesty Queen Elizabeth II, has the power to protect law-breakers from prosecution.

This flaw alone renders the Car Cruising PSPO unenforceable. There are others . . .

And there are consequences; incompetence is wasteful of the public purse.

Fortunately, points 3, 4 and 5 have not yet arisen. Courtesy of the Freedom of Information Act 2000, I can confirm that:

The whole exercise has produced NOTHING – but has wasted thousands.

It is almost as though Mrs DIXON has known all along – or at least since the PSPO was first challenged eleven months ago – that the SBC Car Cruising PSPO is an unenforceable waste of time and money. A farce.

So why can Mrs DIXON not simply hold up her hands and say, “I screwed up. I’m sorry”? Surely not because she is in denial that a decrepit old-age pensioner and a humble house-painter, both of whom left school at the earliest opportunity, have seen what she has failed to see?

Coming Soon – Like Campaigner Andy STRANGEWAY, I will be setting out more Fatal Flaws in the SBC Car Cruising PSPO and other acts of gross incompetence, at least until somebody owns up. Failing that, direct action will surely ensue.