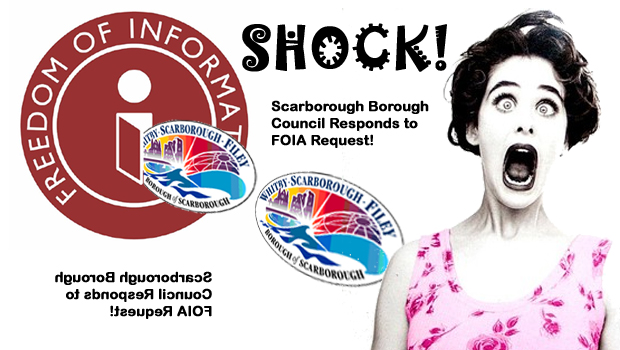 The FOI request related to payments made to former SBC Strategic Director, David Archer. Archer was made redundant from his £94,000 per annum position of Strategic Director by SBC after a senior management shake-up was ratified by full council on January 7th 2013.

Archer received a golden handshake in excess of £100,000 from SBC. £51,558 was paid directly to Archer after the conclusion of his notice period, with a further payment in excess of £50,000 made to his pension fund sometime later.

Archer was officially confirmed as a director of the York Potash Foundation on March 15th 2013, which was likely during his SBC notice period as redundancy payments were made in the following financial year, 2013/14.

The FOI request enquired which committee meeting of the council ratified the £100,000+ golden handshake to Archer. The response from the council was:

“It is the Council’s position that your requests are vexatious under section 14(1) of the FOIA, which states:”

“Section 1(1) [of the FOIA] does not oblige a public authority to comply with a request for information if the request is vexatious.”

“In response to your question, Mr Thorne, the senior management restructure was agreed at the Appointments Committee on 2 November 2012 and was ratified at full Council on 5 November 2012. At these same meetings it was also agreed that certain posts be made ‘redundant’ and as a consequence the post described as “Strategic Director 1” became redundant.”

“In relation to that post, the compensation referred to of £51,588 was in fact the post holder’s redundancy payment resulting from deletion of the post and in accordance with the provisions of the Employment Rights Act 1996 and the Local Government (Early Termination of Employment) (Discretionary Compensation) (England and Wales) Regulations 2006 (as amended locally).”

This response is interesting because it is factually incorrect. Full council did not ratify the £100,000+ Golden Handshake to Archer on the 5th November 2012 because the senior management restructure wasn’t on the agenda for that meeting.

The minuted records of full council meetings show that a review of the senior management structure took place at the January 7th 2013 full council meeting, but having spoken briefly to a small number of councillors, they don’t recall Archer’s £100,000+ Golden Handshake being discussed and the minutes of that portion of the meeting are restricted to the public.

It also appears that councillors voted to give all SBC senior officers a substantial pay rise at this meeting, but not all councillors recollect the meeting in precisely that fashion and, as is usual with SBC, there is a distinct lack of transparency and all the relevant information is hidden from the public.

It will be interesting to see how SBC responds to queries from the Information Commissioner about the council’s policy not to respond to freedom of information requests from anyone connected with the North Yorks Enquirer.