Following the most recent NYE article on Savile: “Jimmy Savile NHS reports issued”, in which we again raised the connection between Jimmy Savile, Peter Jaconelli and their offending in Whitby: 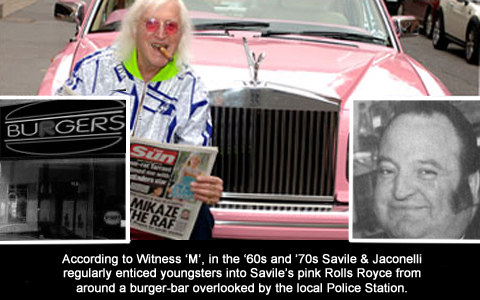 The Whitby Gazette has now published an article on the Savile investigation into allegations of offending at the Whitby Memorial Hospital under the title “Savile’s Whitby Links:  The Mystery Deepens“ along with a photograph connecting him to Peter Jaconelli.

“I have the greatest admiration for the investigative journalism that refused to be shut up by the many vested interest groups – the full truth about this Satanist and paedophile is not yet out……….. “ 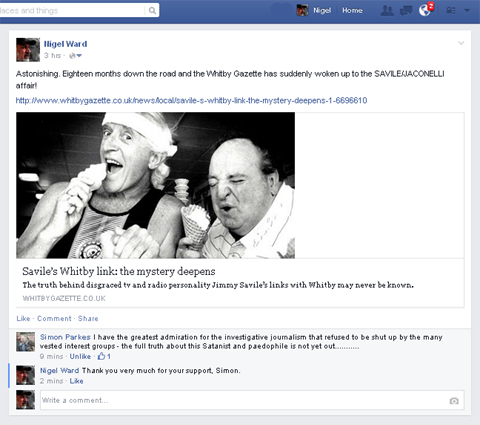 See also the comments of Councillor Mike Ward in his article “Jaconelli:  Is it so wrong to say thank you or sorry?”.

This is perhaps why the Deputy Chief Constable Tim Madgwick has threatened to arrest a NYE journalist for commenting on North Yorkshire Police.

In the recent BBC ‘Inside Out’ documentary on our investigations, and which vindicated all of them, BBC Presenter Chris Jackson made a point of saying that, like other mainstream media organisations, the BBC would not publish all of our allegations.  So it is good to see the Whitby Gazette put its head above the parapet and start covering local news even if it is controversial, twenty months after we started covering it.

It is also good that the mainstream media, including the Scarborough News, the Sunday Express and Private Eye, are now following stories developed by the NYE team.

As Councillor Parkes states,  the full truth about Savile has not yet come out – but the North Yorks Enquirer will do everything it can to ensure it is brought to the public domain. 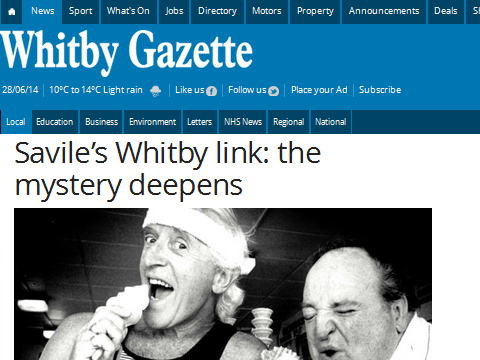