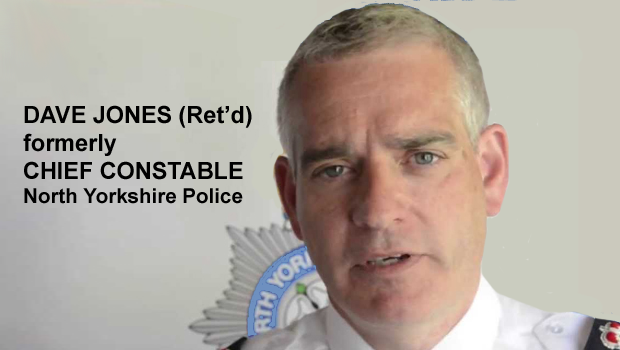 HM Inspectorate of Constabulary and Fire & Rescue Services (HMICFRS) has recently published a joint report on the inspection of North Yorkshire Police’s (NYP) custody services undertaken jointly with HM Inspectorate of Prisons (HMIP) and the Care Quality Commission (CQC). The inspection identified fifteen areas for improvement with sixty individual points of improvement across the full range of custody activities.

In response, NYP issued a statement on its website from Assistant Chief Constable (ACC) Elliot Foskett which only acknowledged “that some processes, such as the recording of information, are not of the highest possible standard.” It maintained that “We are pleased the HMICFRS has recognised we have good measures in place to oversee the safe and respectful provision of custody.” In short ACC Foskett misrepresented the findings of the report. This is analysed in this NYE article Custody 1

ACC Foskett is thought to be the NYP Chief Officer responsible for Custody arrangements.

“2.15 We had some concerns about the treatment of women, specifically when they were forced to wear anti-rip suits (to prevent the use of clothing as ligatures).…….male officers were in a woman’s cell while she was being put into anti-rip clothing when their presence was not appropriate.

In a separate case, we observed CCTV footage where a woman had her clothing forcibly removed and was partially naked in the presence of male officers with little, if any, consideration of maintaining her dignity. On discussing this matter with police managers, there was no rational explanation for the presence of these male officers in the cell.

4.24 …………. a woman detainee was forcibly required to wear anti-rip clothing with insufficient attention to maintaining her dignity and with male staff present when she was partially naked, which was inappropriate and unnecessary. We referred both incidents to the criminal justice chief inspector.”

“some practices are disrespectful, particularly when detainee clothing is removed”.

This is a vague comment, but indicates that male Officers are still allowed to watch when detainees are undressed or naked, when there is “no rational explanation for the presence of male officers”. This would indicate that the disgusting and perverted practice of allowing male Officers to watch while female detainees are undressed has continued without restraint from 2015 until the present day.

The only rational explanation I can assign to these men choosing to be present in a cell when a woman was being strip searched, is either to deliberately humiliate the detainee, or to obtain perverted sexual arousal from seeing a semi-nude woman being restrained.

If this is so, it is indicative of sexual abuse by a ring of predatory Police Officers operating within the Custody Team. Further, if the detainees are under sixteen, these Officers are sexually abusing a child and are paedophiles.

The practice of allowing male Police Officers to watch while female detainees are undressed was first detected by an inspection in 2015, when the Chief Constable was Dave Jones (pictured above), now retired. It appears that Chief Constable Jones did nothing to adddress this issue, even though it must have been clear to him that offences of misconduct and voyeurism were routinely being committed by Officers under his command.

Jones is not a stranger to controversy, much of it exposed by the NYE:

It now transpires that Chief Constable Jones did not intervene to prevent the abuse of detaineees in custody suites – exactly the same approach that GMP CID, under his leadership, adopted toward the Manchester grooming gangs.

Jones’s strategy of maintaining his right to silence and refusing to give evidence to the Mayor’s enquiry was successful. It restricted the media criticism of him and may have helped prevent the full truth from emerging.

ACC Foskett was sent a draft of this article and asked to forward it to Chef Constable Jones so they both had the opportunity to comment. No comment had been received at the date of publication.

The question arises why are they both maintaining their right to silence – which proved to be so successful for Jones during the Manchester investigation – when a simple media statement denying these allegations would resolve the issue?

In my view the answer to this question is three fold:

By refusing to comment, NYP Chief Officers know that this will deny the mainstream media grounds for criticism and the further new comment necessary to keeping the story going, thus ensuring it will have to move on to other coverage to maintain its readership.

NYP has been backed up in this strategy by the Home Office, Justice Ministry, CQC; HMICFRS, and HMIP, who have also refused to comment.

Because the NYE is non-profit making and staffed by community journalists, it is not restricted by these considerations and cannot be manipulated in this way. Which is why Chief Constable Winward and Police, Fire & Crime Commissioner Metcalfe have proscribed the Enquirer.

To be fair to ACC Foskett, it should be said that the decision to try and cover-up this scandal with a policy of no comment, will have been taken at a much higher level within NYP and the Office of the Police, Fire & Crime Commissioner.

In this Times Radio interview, HM Inspector of Constabulary Matt Parr comments on the HMICFRS Inspection of vetting misconduct and misogyny in the police service, which revealed that the Police recruited criminals and sexual predators, have a misogynistic culture and are not effective at excluding Police Officers that are not fit to serve in the Police.

Women in custody are particularly at risk of sexual abuse by Police Officers. It follows from this that Custody Officers should be aware of this and be protective towards detainees. It appears from the HMICFRS Custody Inspection that, far from protecting detainees, Custody Officers have been facilitating the abuse of female detainees by allowing male Police Officers to watch while female detainees are undressed. Worse, successive Chief Officers have known what is going on and ignored it.

The wider concern here is that with investigations into sexual abuse, especially of children, initial evidence of sexual offences may conceal a much more serious crimes.

In particular, voyeurism can be the start of an ever increasing level of offending. The fear must be that some of these Officers have been involved in more serious sexual offences, either in the Custody Suites, on other duties, or off duty.

To illustrate the point, here are a few examples of recent cases of Police misconduct:

The NYP Custody scandal: A classic example of what is wrong with the Police

This Channel 4 Documentary on the HMICFRS Police Misogyny Report is incisive in describing what is wrong with the police:

The fear must be that there is a ring of abusive Officers operating within NYP connected by a WhatsApp Group or other social media that is also passing these abhorrent messages and abusing women at home, on duty, off duty and in Custody Suites.

However, the public will never know if this is the case or not because NYP Chief Officers have thrown a veil of secrecy over these offences.

The National Police Chiefs’ Council has said that they will act on the HMICFRS report into misogyny in the Police Service.

The response of ACC Foskett is a classic example of the misogynistic, “boys’ club” mentality in which corrupt Police Officers are protected that HMICFRS criticised. It demonstrates that in fact, NYP Chief Police Officers are mouthing platitudes to deceive the public on the one hand, while ignoring the HMICFRS report on the other. And that nothing will change in NYP under its current leadership.

This serves to put women at risk and to further undermine public confidence in the Police, which is already, and understandably, at an all-time low.

There is no place for this conduct in the Police Service any more, or for this type of corrupt and mysogynistic Officer – at any rank.

Officers who have been routienly abusing vulnerable women and Officers like ACC Foskett who protect them need to be removed. Instead they are still being protected.

The NYE will continue to pursue this issue in the public interest.

Other articles on this topic

The other articles on the NYP custody scandal can be assed here: Complete failure of oversight, HMICFRS Inspections ineffective, NYPFCP to re-examine NYP Custody facilities and here Business as usual.

If you have had a bad experience in NYP custody, please let the NYE know in complete confidence, using the letters@nyenquirer.uk email address.