Potto Parish Council has been in serious trouble with its External Auditors, PKF LITTLEJOHN LLP, for approaching a decade. The extent of the myriad shortcomings was first made manifest in a detailed investigation of its accounts for the financial year 2014/15. The cost of the investigation – to be borne by the Council (and, hence, Potto taxpayers) – amounted to over £5,300, that is to say over 150% of the whole of the Council’s income through the Parish Precept.

Yet, astonishingly, for some of the Audit Actions, the Council recorded the bizarre conclusion of “No Action Required”.

Even more astonishingly, minutes of the Council’s meetings make no mention of even a single Audit Action ever having been adequately implemented.

The financial year 2015/16 resulted in a further External Audit investigation, this time with charges of £4,700 and a further 42% increase in the Precept – as reported in the Northern Echo and the Darlington & Stockton Times in March 2017. Again, all objections to the accounts were validated – meaning that the Council’s claim that the previous year’s problems had all been corrected was entirely false.

A second Audit Action Plan was published and, again, the meeting minutes show that the Council refused to address any one of the quite serious problems. Worse, these Audit Action Plans have now been deleted from the Council’s website – presumably in order to conceal these persistent problems from the public eye.

The Council persisted in refusing to acknowledge the External Auditor’s findings, blaming “others” (particularly, some of the “whistleblowers”) and correcting none of the procedural inadequacies. LITTLEJOHNs had spent over two years diligently and forensically investigating and cataloguing the problems but their work was shunned and ignored by the Council. The Council was thus establising a ‘pattern of behaviour’ comprising denial, obstruction and thoroughly deceitful misinformation.

Unbelievably, this ‘pattern of behaviour’ continued for the next four years. Even as LITTLEJOHNs waited in vain for the various Audit Actions to be implemented, the scope and severity of the Council’s problems actually escalated.

Ultimately, in 2022, LITTLEJOHNs had no other option than to publish a Public Interest Report (PIR), the most censurious weapon in its armoury. (Readers may review the PIR here). I have also scrutinised the Smaller Authority Audit Appointments Ltd (SAAA) website (www.saaa.co.uk) and I see (on p.12 of the SAAA Report on Auditors’ work, dated March 2022), that only three Councils (amongst the 10,000+ small UK councils) have been issued with a PIR following Audit Investigations in the last 6 years.

But it gets worse. Having researched the other two Councils noted in the SAAA Report, I can confirm that each (one, much larger, with a Precept of £2.95 million, had a single issue over a land sale and the other, with a Precept of £295,000, had serious VAT irregularities) co-operated fully with the Auditor, acknowedged and openly addressed their single problem and consequently incurred External Audit PIR fees of under £4,000.

By comparison, the scope of tiny little Potto Parish Council’s irregularities is enormous and has incurred fees of £37,000, though the end is not yet in sight. To place that in context, no other Council in England can boast a performance so disastrous as to cost each and every local Council Tax payer an additonal burden of over £500 per capita.

At the time of writing, I can discern no “corrective action” having been taken.

I see, from the minutes of a recent Council meeting at which the LITTLEJOHN’s PIR was (nominally) addressed, that the Council is maintaining its position that the “problems” were all resolved some years ago – exactly the same head-in-sand non-response as to the two previous expensive Audit investigations.

In my view, this position is utterly untenable.

And Councillor WILDE, far from taking the only honourable action – resignation – is still in position.

What this does confirm is that a PIR was absolutely necessary and long overdue. It is clear that every single objection (97 were selected for investigation, as stated in an Annual Audit Report (2021-22), and grouped into 14 broad categories) has been proven valid, correct and true by highly-respected PKF LITTLEJOHN LLP, charged by government body SAAA with the oversight of the majority of small Councils in this country.

Equally clear is the fact that Councillor WILDE and his daughter remain in complete denial. This vast volume of validated “problems” was considered sufficiently significant by both PKF LITTLEJOHN’s legal experts and by the team of lawyers at the SAAA, to amply justify both the PIR and the associated fees – even allowing for the extremely small size of the Council, with a Precept of only £7.1K with which to settle £37K in additional Audit Fees.

In other words, when the External Auditor, in its customarily undramatic and understated way, states that the ‘weaknesses are of sufficient significance to warrant the PIR’, what the External Auditor is really saying is that the “problems” are extremely serious, perhaps uniquely so, amounting to a culture of endemic maladministration, and crucial enough to justify a £37K Audit fee, unprecedented for any Council of its size.

Potto Parish Council really is that bad; in my opinion, catastrophically bad.

Readers may be left wondering why this disastrous state of affairs was never identified by the Council’s Internal Auditor. Mr Roger BRISLEY. 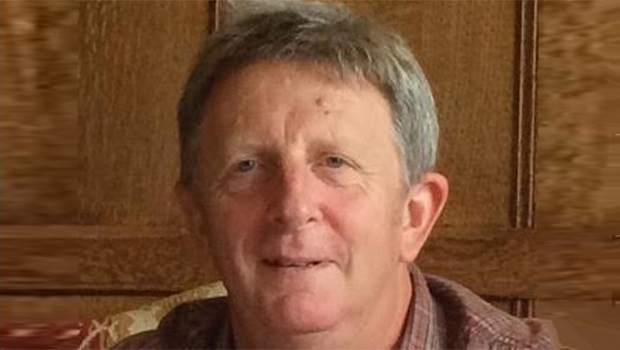