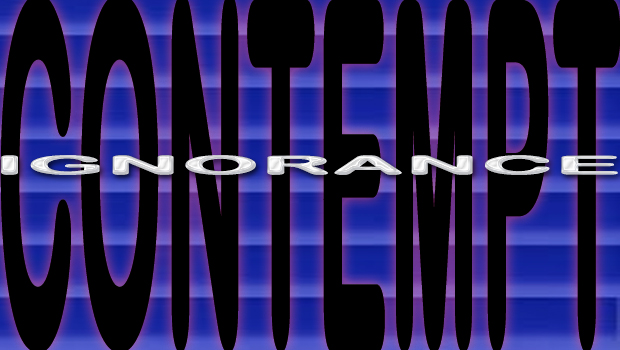 Guest Author ANDY STRANGEWAY, having attended the SBC Full Council meeting on Monday 4th November 2019, was shocked to note that the Council, whilst loudly trumpeting “openness and transparency” is, in fact, breaking the law in relation to the rights of members of the public to film/record meetings. This begs questions:

Not one to sit on his hands when civil liberties are being abused, Andy has written to the Legal Director lodging a Formal Complaint.

Consider the irony inherent in a member of the public attending a public meeting, to ensure that the DBID Motion was conducted lawfully, being immediately confronted by unlawful signage. Hapless and hopeless. Both are unacceptable.

While attending yesterdays meeting of Scarborough Borough Council (SBC) other members of the public questioned my recording of the meeting as they were not doing so on account of the signs. 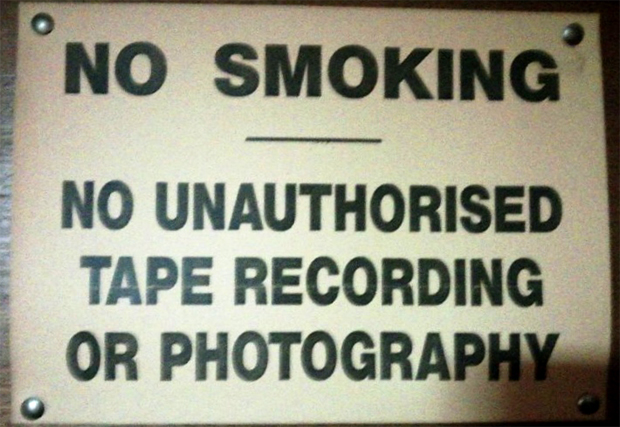 On the door to the chamber, a notice states “No unauthorised tape recording or photography”.

As tape recording and photography are authorised by legislation this sign must be removed as currently, it prevents the public from exercising their lawful right. 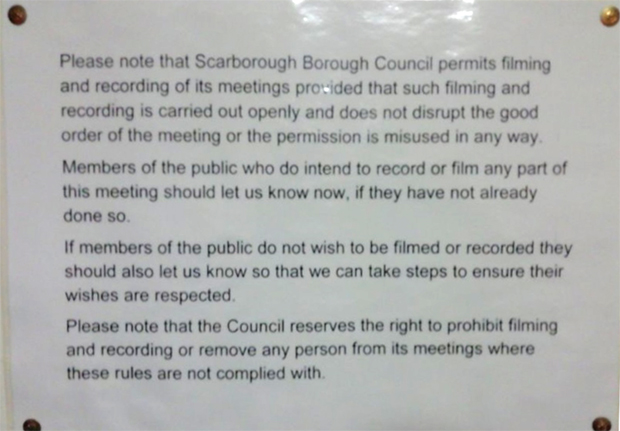 Notice Both Inside & Outside The Chamber

There are notices both inside and outside the chamber which make false claims.

This is false as filming and recording can be carried out covertly.

“Please note that the Council reserves the right to prohibit filming and recording or remove any person from its meetings where these rules are not complied with”.

This is false as the council cannot prohibit filming or recording of a meeting which the public can attend. In addition “these rules” breach legislation.

As such both notices must be removed.

I have registered a formal complaint which Lisa Dixon, SBC Director of Legal & Democratic Services for the displaying of unlawful notices and requested that they are removed at the earliest opportunity.