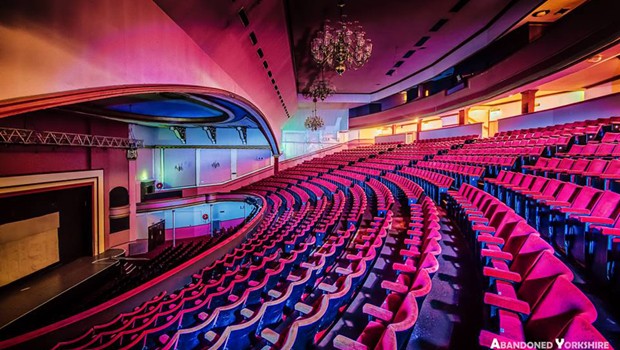 A Letter to the Editor from Andy HYLTON, a filmmaker presently based in Croydon, South London –  an old Scarborian with a passion for the town and its cultural heritage, appealing to residents and visitors with compelling first-hand memories of the Futurist Theatre to come forward and share their thoughts and recollections, on camera, as part of a lasting visual tribute to the Futurist’s glorious past.

I am a Scarborough born filmmaker, now based in South London, and I am producing a film about the Futurist Theatre in Scarborough, focusing on the significance of this building within Scarborough’s cultural history and in particular the memories shared by generations of local people who have witnessed the rapid decline of this seaside theatre over the last 30 years.

I have recently launched a successful Kickstarter campaign to raise money for the film. The initial target of £500 was met in the first 36 hours, but this is only enough for me to start researching and developing the project towards production.

As a teenager, I worked as stage crew for most of Scarborugh’s theatres, including the Futurist, the Spa and the Floral Hall. I witnessed the fabulous old Floral Hall being raised to the ground and re-developed as an unattractive indoor bowling green. Years later, the Royal Opera House met a similar fate and a casino appeared in its wake. Both of these replacement structures only benefit adults and I am concerned that the next generation of young stage performers, singers, dancers and actors, will be the main victims of these new developments on the Foreshore.

Scarborough has been noted as the birthplaces of mass tourism and the seaside entertainment industry. The Futurist came as a direct product of those times and its significance to the people of Scarborough cannot be ignored. It is of great cultural value to the town and must be retained for the benefit of the future children.

I am seeking more funds to expand on my idea and fund the high production values required to create a visually stunning portrait of the Futurist for historical purposes, which will allow local people the opportunity to tell their own stories and memories of the Futurist and to discover what the theatre means to them.

If anyone would like to have their name credited on to this film they can pledge support with various options starting from just £1.

Please visit the Kickstarter page at:

I am also looking for anyone who has an interesting story to tell and would be happy to talk on camera about how they feel about the Futurist and the plans that are being discussed. 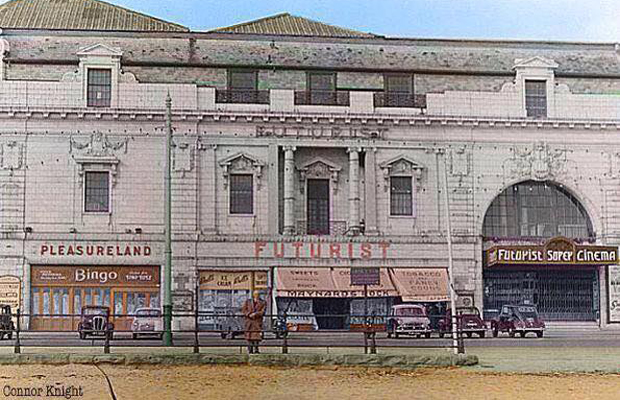