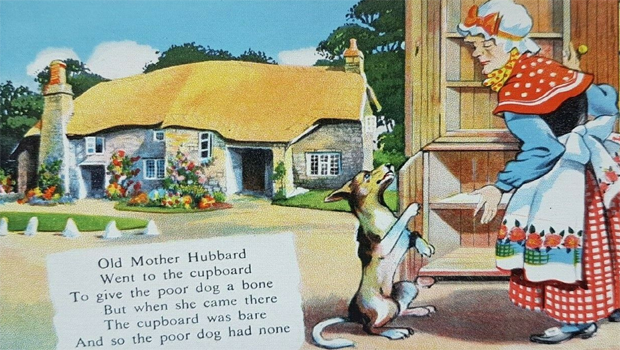 Some readers may, like me, have endured the experience of moving into a new home only to discover that the previous occupants have taken with them everything portable – from light bulbs to doormat to residual toilet roll – leaving the cupboard, so to speak, completely and unwelcomingly bare.

As we approach the abolition of Scarborough Borough Council (and the six other District/Borough Councils of North Yorkshire), members of the public are right to ask what will happen to the cash in the coffers of the soon-to-be defunct local authorities. Some readers have enquired as to whether SBC is likely to avoid passing on more to North Yorkshire Council than it has to. Is SBC determined to spend, spend, spend, leaving the cupboard bare?

A local government contact in the Borough of Harrogate has kindly updated me on a generous humanitarian gesture enacted by the ‘powers that be’ at Richmondshire District Council.

At a meeting of the Harrogate Branch of UNISON, the local government workers’ union Branch Secretary, Mr David HOULGATE, informed members (as confirmed in the attached Briefing Note) as follows:

Richmondshire District Council is to give all staff a £350 bonus for Christmas to help with cost of living. Total cost, with on-costs, is £93k so just below the £100k cap that would have had to go to NYCC for section 24 approval. DH discussed with CEX at regular meeting on 16th November and it as made clear no plans to do similar here at Harrogate.

So, Harrogate Borough Council has no plans to provide similar assistance to its work force. No light is shed on the intentions of Scarborough Borough Council.

Granted that Scarborough Borough Council carries a far larger staff roster (over 500) than Richmondshire District Council (around 250), I wonder whether Scarborough will be providing its workers with a Christmas Bonus (albeit, commensurately smaller) to alleviate the cost of living crisis – say £175 – which would enable the Council, like Richmondshire, to stay below the £100K threshold (above which, NYCC could block the payments under the s.24 regulation)?

Or will Scarborough, like Harrogate, pass on every penny to NYC? Answers on a P45.

But let us not be hasty. Scarborough Borough Council is the only North Yorkshire bastion of local government to be blessed with a Labour administration.

According to Google, “the Labour Party is a political party in the United Kingdom that has been described as an alliance of social democrats, democratic socialists and trade unionists”. It is the party of the working man (and woman).

So perhaps we can rely on SBC Leader Councillor Steve SIDDONS, ably assisted by lifetime trade unionist Councillor Tony RANDERSON, to help the Council’s workers (whom they are ever eager to praise) with a Christmas Bonus to assist with the cost of living crisis.

How could they not?