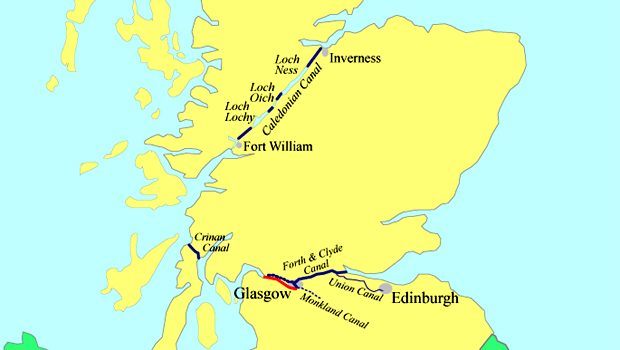 This fifth article in the North Yorks Enquirer’s (NYE) Christopher Halliwelll series examines the possibility that he committed a murder in Scotland in 1996.

To further our research, the authors have analysed Haliwell’s modus operandi, based on the circumstances of Halliwell’s two known murders (Miss Becky Godden-Edwards Case 24 and Miss Sian O’Callaghan Case 28). The results of their analysis is summarised below, in tabular format:

Fourteen year-old Caroline Glachan was found dead on the water’s edge of the River Leven near Bonhill, near Glasgow, Scotland on Sunday 25 August 1996. Her body was concealed in shrubbery, half in the water and half out. She had been beaten. She drowned after being partially put into the water. Her trainers had been removed and were on the riverbank. Caroline was going to meet her boyfriend in and took a short cut from shops along a towpath to the point where she was murdered. Screams were heard at about 00.15.

Strathclyde Police released that Caroline had not been sexually assaulted, but her trainers had been removed and left on the bank. They wanted to interview a man wearing a dark green hooded top who was seen by a taxi driver walking near Caroline. 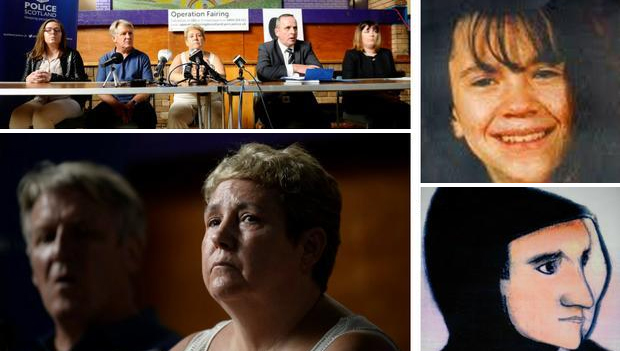 Clockwise: 1. Members of the family and police officers at an appeal on the twentieth anniversary of Caroline’s murder. 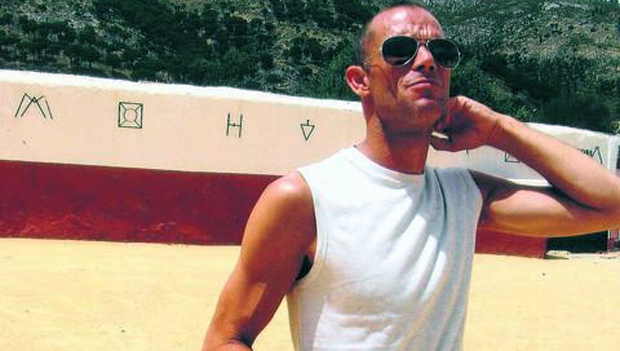 Halliwell travelled widely was a keen fisherman and the River Leven, is a well-known site for salmon and sea trout. Sea trout is mainly fished at night. However, no fishing is allowed in Scotland on a Sunday.

At the murder scene there are steps down from the towpath to the water’s edge (See Video 2 above at 5.19). They would be suitable for a fisherman to fish from and it may be that they would conceal him from the view of anyone walking along the towpath.

Caroline Glachan was killed at between 12.15 and 12.30 at a time when a fisherman might just be packing up his kit having finished fishing at the 12:00 cut off.

It was just after midnight on a Saturday night on a towpath in an area frequented by drug addicts. Caroline’s trainers had been removed. The authors suspect that Caroline’s murderer had started undressing her by removing her trainers prior to removing her jeans and launching a sexual assault, but was disturbed and then fled the scene. This may be why she was not fully undressed and why no clothing was removed from the scene for use as a trophy.

The 1996 investigation appears to have focussed very quickly on the murderer being a local man. The possibility of it being a stranger who had entered the area for the purpose of fishing or some other purpose appears to have been overlooked or rejected early in the investigation.

Since the original determination in 1996 that the murderer was a local man, despite the most intensive, relentless and commendable efforts by Strathclyde Police and then by its successor force Police Scotland, no one has come forward to name the man in the artist’s impression. Even though he has very distinctive facial features and there has been revulsion at this crime locally. The conclusion must be that the man in the artist’s impression is probably not a local man. Yet Strathclyde Police and Police Scotland have never deviated from this line of enquiry.

The senior detective that apprehended Halliwell is Detective Superintendent Stephen Fulcher. In his book on the Halliwell investigation, Fulcher emphasises the danger of becoming inflexibly focussed on one line of enquiry:

“Before you know it you’ve created a whole story of your own generation…..I’d seen it happen many times before”.

Fulcher arrested Halliwell in 2011. He was subsequently convicted of the 2003 murder of Becky Godden-Edwards and the 2011 murder of Sian O’Callaghan. The murder of Caroline Glachan occurred in 1996, long before Halliwell was known to the police for this type of offence, so he would not have been considered as a suspect in the original investigation.

However, Wiltshire Police are very clear that Halliwell committed other murders. Fulcher has stated that he believes that Halliwell murdered Sandra Brewin, who disappeared in Swindon in 1994. If this is so, then Halliwell had started his criminal career as a serial killer at least two years before Caroline Glachan’s death. The authors assert that this, coupled with his strong resemblance to the man in the artists impression should make him a suspect in the investigation.

The Police Scotland Media Team was very helpful, but would not confirm if Halliwell has been considered as part of the Caroline Glachan inquiry.

Are there more Scottish cases?

The authors are unaware of any other Scottish cases. However, it must be a concern that there could be others.

Halliwell spent his childhood at Dalbeattie in Scotland, ninety miles away from Glasgow, until he was fostered in 1979 at age fifteen. He was a keen fisherman and narrow boat enthusiast, and lived in the North of England for many years. He would have had no difficulty operating in Scotland and blending in. He travelled widely by car. So Scotland was within easy striking distance for him. As can be seen from the lead illustration Scotland has a large canal network, which is popular with narrow boat enthusiasts. So it is possible he took narrow boat holidays in Scotland or visited Scotland for fishing holidays.

It should be remembered that Halliwell led an itinerant life and was not restricted to so many days annual leave a year. He could holiday for as long as he liked whenever he liked and was only limited by his available funding.

Halliwell was forensically and geographically aware. The authors believe he deliberately committed murders across force boundaries to frustrate and confuse investigations, as part of his modus operandi. So committing a murder while he was out of his normal area of operations, on a holiday in another part of the UK, is entirely credible.

The Becky Godden-Edwards murder (Case 25) demonstrated that Halliwell was careful to target prostitutes, who in many cases would not be missed if they were murdered and he put a great deal of effort into concealing her body.

Hence the authors have a concern that there may be other offences of murder that he is responsible for, which have gone undetected in Scotland.

Christopher Halliwell’s picture is above.

If you think you can add to our analysis, please contact the NYE using our email address: news@nyenquirer.uk.