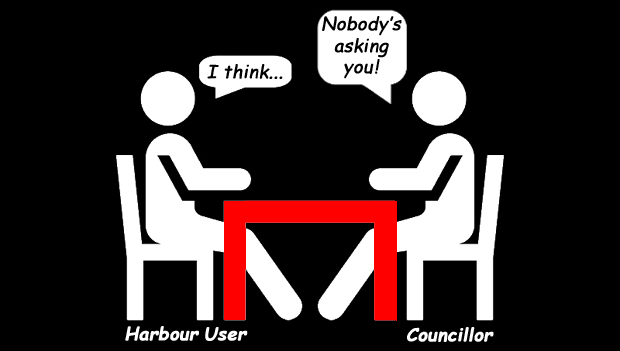 As a person with an interest in the Council, and in particular Scarborough Harbour, I sat down to watch the webcast of the Cabinet meeting of the 14th Jan 2020 where Item 9 on the Agenda was to be the debate about the future of the Borough Dredger management.

Prior to the meeting, I had written to the Cabinet Portfolio Holder with responsibility for Harbours, Cllr Janet Jefferson, expressing my concerns (see my article of 13/01/20) and asking for a response to those concerns.

Cllr Jefferson did not reply.

However, Cllr Chatt, my ward Councillor, did attend the meeting, at my request, and asked that any decision on the future management of the dredger be delayed until there had been consultation with the Scarborough Harbour Users.

Cllr Chatt’s request was rejected and, on the matter of ‘consultation’, Cllr Jefferson made this statement to those present.

That is categorically UNTRUE.

I have yet to meet any Scarborough Harbour User who is aware of any consultation process regarding dredging operations.

Here is an image of the Harbour Office notice board taken today; there is NO such notice. 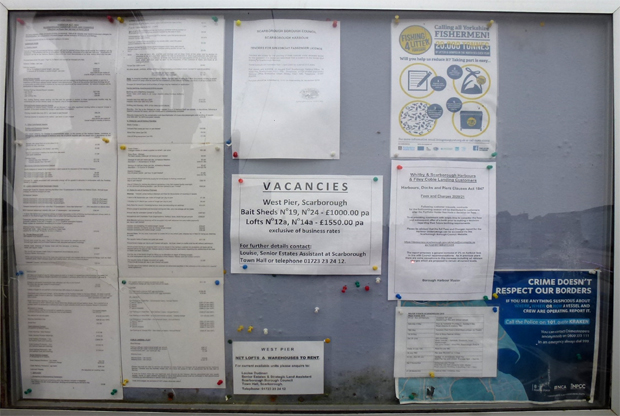 This is clearly disingenuous. In fact, the last Harbour Users meeting was nearly 5 years ago, on July 15th 2015.

I am so disappointed that a Councillor boasting of 20 years experience, a past Mayor of the Borough, can spout such bullspit.

I had hoped that the wind of change would blow through the corridors of the Town Hall. Instead, we remain becalmed in an ocean of despair.