SBC Leader Councillor Steve SIDDONS [Lab.] has issued what Councillors are describing as a “whining” Leader’s Statement, deferring the ARGOS project until December 2021.

Before reproducing the Statement in full, and to set it in the proper context, readers are invited to study the following Formal Complaint lodged this morning and shared with me by public-spirited members of the Council:

Hundreds of residents of the Castle Ward attended a public meeting on Tuesday evening last week to discuss the above application due to the refusal of the local authority to call a meeting to explain the above planning application with the community concerned.

The developer, the Council Chief Executive and the Ward Councillors were all invited to answer the resident’s questions about the proposal. None of them turned up. The residents have demanded engagement and consultation as required by the Council’s planning guidance. No meeting has been forthcoming.

Yesterday I have learned that the Council is organising a consultation meeting for the Market Hall tenants to explain the scheme to them. I have also been informed by a formal objector to the scheme representing a large trade body that they had received a call from a representative to a private meeting so he could explain the proposal to them.  I have also been notified by a formal objector that they were contacted and invited to meeting with the Chief Executive and Leader so they could explain the proposal to them.

Why are the residents denied the consultation that should have happened as a as part of the planning process by the applicants of the scheme.  With this failure to follow guidance the local residents had to organise a public meeting.

The Market Hall tenants are only impacted by the development whilst they are trading. The residents will be effected 24/7.

All the residents and business owners have the right to be treated equally and have their views taken into account.

The residents have demanded consultation and been refused any engagement. This is not democracy. This is a Council and an applicant working together against the residents and is an abuse of the planning application process. Is it right paid representatives of this authority should be targeting objectors individually in an attempt to sway their legitimate view?

The statutory planning process is a legal mechanism which is being subverted by the local authority who is also joint promoter of this scheme.

My submitted objection to this proposal is yet to appear on the planning portal. I note an objection submitted after my letter has been registered and is viable yet mine is not.  I am also aware of a significant group objection along with several individual submissions have failed to appear.

Evidence and statements supporting these most serious matters are available on request.

I await an immediate reply.

It is ironic in the extreme that Councillor SIDDONS should bleat about foul play surrounding his precious ‘flagship’ project, and to claim “misinformation” is, in my view, contemptible – considering all the twaddle he and his remaining supporters have promulgated in recent weeks months (more on which at the weekend).
Unfortunately for SIDDONS, his Statement goes public at the same time that TVL Finance PLC – owners of the Travelodge chain – is claiming a three-month ‘holiday’  period on its ability to pay its due rental fees – another priceless example of the Council’s Commercial Property Investment Strategy  (CPIS) going disastrously wrong for SIDDONS under the expert overview, of course, of Commercial Director Richard BRADLEY.
Every day, I am asked, “Can’t someone rid the Borough of this amateur half-hour dictatorship?”.
I hope the answer is soon to be “Yes!”.
The biggest problem with Steve SIDDONS is that he cannot even read his own script!

“Resident is at the heart of all we do” 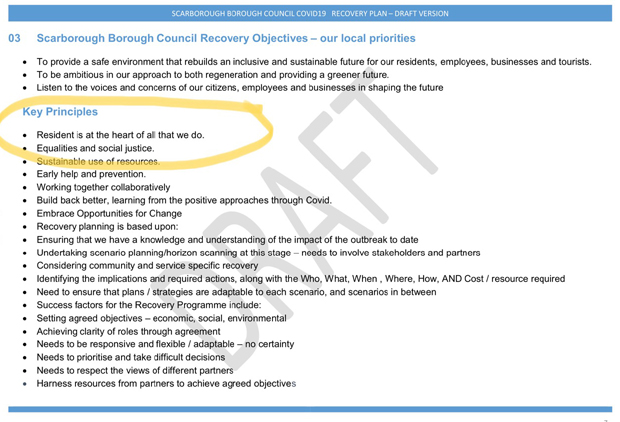