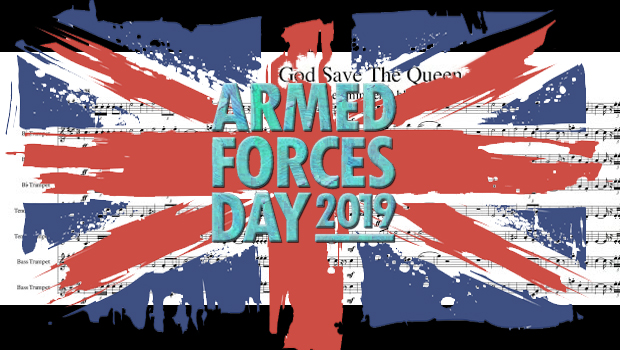 This is an important issue for me and I believe many others in the Borough who support and honour our armed forces past and present.

We have an Annual Flag Raising Ceremony which takes place in June outside our Town Hall.  The ceremony this year was attended by the deputy Mayor (representing the Queen) who gave a short speech. Representatives of our Armed Forces were in attendance.

With thoughts of my grandfather Sam who fought in the trenches on the front line at the battle of Welsh Ridge during the 1st World War and the millions who have lost their lives fighting for our Country I felt compelled to put pen to paper and make enquiries to the Council as to why the National Anthem was not played.

My first port of call was to Cllr. Randerson to ask who would deal with this.  He said he would make enquiries.  He was, I might add, also puzzled as to why the Anthem was not played.  I waited patiently but no response was forthcoming.  My second email a month later unintentionally caught up with a scorching Cllr Randerson – not because of my email I hasten to add – but because he was soaking up the sun on holiday.  This did not however stop him from responding!

Cllr Randerson has referred your email about the playing at the National Anthem at the flag raising ceremony to me.

I have spoken to those involved in arranging the ceremony including the representatives from the armed forces who over see the arrangements.

I am informed that there is no need to play the National Anthem at this event and it is not usual to do so.

I hope this answers your query.

Please note how Lisa Dixon addresses me – I suspect I am on a list somewhere.

However, the content of this email prompted me to look up the persons involved in the local celebrations and I find that none other than Tom Fox is the Chairman of the Armed Forces Day Committee. I suspected his response would be similar to that of Lisa Dixon, Dir. SBC, MO NYMNPA.

I tried to contact the local Royal British Legion and had no success so I rang Head Office in London. I had a lovely chat with a very helpful gentleman from the Ceremonial Events and Commemorations Team Holdover, MOD Main Building, Whitehall, London. He emailed me with information which basically said that it was up to the organiser as there is no legislation which says the National Anthem should or should not be played at these events – he also said that as Scarborough were holding the National Event next year he would raise this with his boss (who is the lead on Armed Forces Day) on his return next week.

The response from his boss was;

“As it is not a recognised flag and is one used for celebration of the Armed Forces, we do not recommend that the National Anthem is played. However, as it displays the Union Jack and it is your own event, you are more than entitled to play the National Anthem if you so wish.”

In my response to this I mentioned to the original gentleman that I would be doing this piece for the North Yorks Enquirer, and in his response he said;

“Please do say that it is the event organiser’s jurisdiction as to whether or not they wish to play the National Anthem when flying the flag for Armed Forces Day.”

Now, because I had extreme difficulty in contacting the local RBL (for which, I hasten to add, they have since apologised), I wondered if Lisa Dixon, in the short space of time in which she replied, had managed to contact them either…

I did eventually speak to a very informative man from the local branch who confirmed that as it is a Civic event, it is organised by SBC.

It is our Council who decided not to play the Anthem.

I believe, and everyone I spoke to concerning this thought that the same, that the Anthem should have been played at this ceremony, as a mark of respect to honour our Armed Forces and those who lost their lives. A ceremony which this year was the 75th anniversary of D-Day, one of the most remarkable wartime operations.

Next year, Scarborough has the honour of hosting a huge National Armed Forces Day event and at the Flag Raising Ceremony which precedes the event, the National Anthem should be played. I sincerely hope that it is played. And it should be played every year, even if it is played on a trumpet and not by a regimental band. It would mean so much, especially to honour those who are gone but not forgotten.

Regarding the statement by Lisa Dixon in her email, that the National Anthem is not usually played: On all the videos I saw of flag raising ceremonies from this year and other years, on YouTube, they exercised their right and the National Anthem was played. Here are links to just a couple, including this year’s London Flag Raising Ceremony, which shows how it should be done.