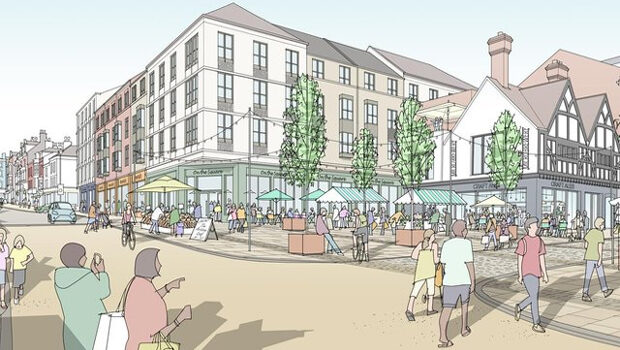 Local readers are no doubt aware of the article in The Scarborough News, reporting on the renewed Planning Application for the ‘regeneration’ of the former ARGOS building on Newborough, Scarborough. (Artist’s impression, above).

The foreshortened perspective, by the way, gives me the impression – I am sure, quite intentionally – that the miniscule ‘town square’ is far larger than the available footprint.

What was not apparent from the SN coverage was the apparent cock-up in the scheduling of the meeting of the Planning & Develpment Committee.

Initially, the following information appeared on the Planning Portal (for which I thank those Councillors who have shared with me the following screenshot, provided by Mr  James CORRIGAN’s legal team before it was hastily amended): 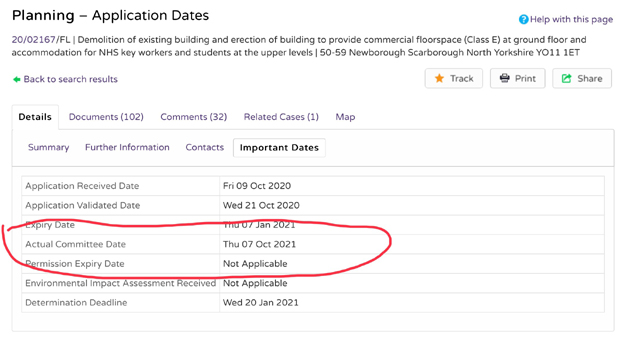 Note that the Committee date was set for Thursday 7th October 2021.

The operative word is “was”.

However, when the Agenda for that meeting was published, it soon became apparent that the ARGOS Application was conspicuous by its absence:

For example, at the time the Agenda was published, no Planning Notices had been posted around the ARGOS site. Hmmm. Not clever. However, I am given to understand that they mysteriously (and belatedly) appeared, late on Friday 1st October 2021. 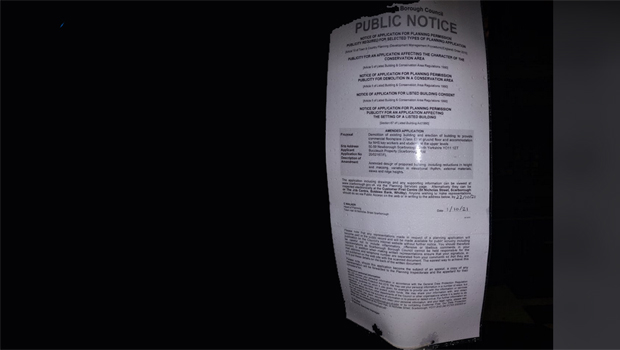 No explanation forthcoming, no apology. I believe it is called “consciousness of guilt”. Why can they never own up?

Not only that, but due to the many significant differences between this third and most recent attempt to bring the ARGOS Planning Application before the Planning & Development Committee (its two predecessors were withdrawn), a fresh Public Consultation is now required.

Whoops. It looks as though the ARGOS Planning Approval will have to be deferred yet again, for at least another 28 days. Considering that Councillor Liz COLLING [Lab.] told Council in July 2020 that Planning Approval was expected to go through in September of that year (and, what is more, that it was vital that it did), it seems fair to say that the Leader’s flagship legacy project is running very tight for time indeed. How desperately unfortunate.

Even if Planning Approval materialises, readers should be clear that Planning Approval is in no way dependent on the outcome of the so-called ‘Review’ of the business case for the project now set to go before ‘Places & Futures’ Overview & Scrutiny Committee on Wednesday 27th October 2021.

Even with Planning Approval, concerns about the dramatic increases in building costs, transport costs and labour costs all point unmistakably towards a massive overspend. Few members of either the Planning & Development Committee or the ‘Places & Futures’ Overview & Scrutiny Committee would bank on any developer (even a successful one – even one who stiffs his suppliers) bringing in a pair of semis in Newby within budget, let alone a 20+ meters high Cell Block H impersonator on Newborough, guaranteed to obliterate a grand view of the old town.

Compare these images, beginning with the empty footprint (prioir to construction of the ARGOS building); the existing building; a 20-metre tape measure and the front elevation as per the Application:

The project is predicated on a £22 million loan from the Public Works Loans Board (PWLB), re-payable over 40 years, and backed by letting contract of only 10 years. Long before then, university courses will be almost entirely internet-based. The future is home-learning.

To borrow a phrase from the Leader, the whole deal is “a dog’s breakfast”. (If I am permitted an opinion – and I surely am).

I will be reporting in great detail on other aspects of this Planning Application in due course.

Meanwhile, further background to the Review process can be found here:

Also of interest is this article by Alex WOODS, of the Yorkshire Post: 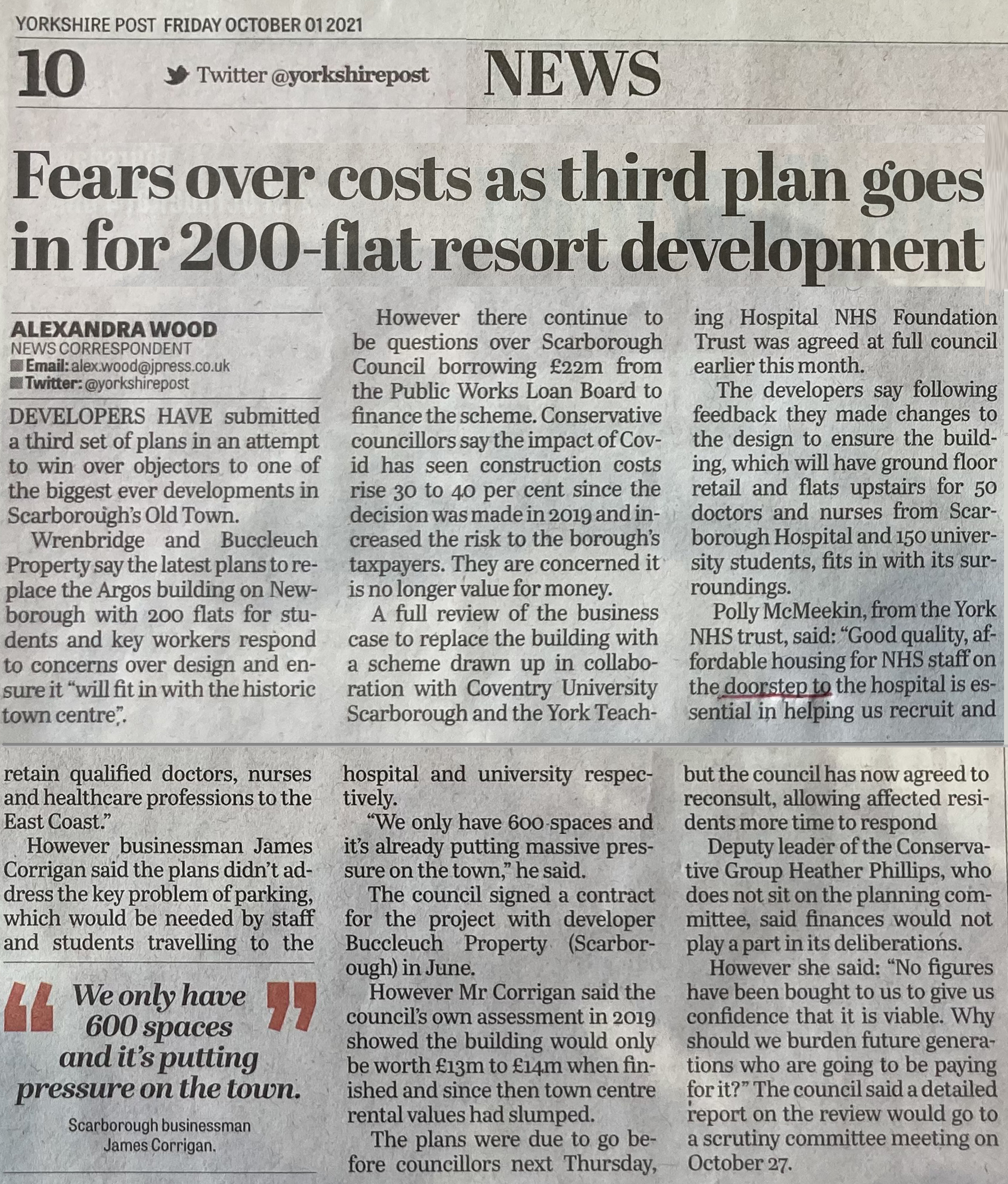