Being a responsible local news magazine, Real Whitby likes to encourage local businesses and do everything it can to encourage the prosperity of the local economy. This is particularly true of the Whitby Regatta, an event of immense historic, cultural and commercial importance to Whitby, probably the oldest sea regatta on the northeast coast, attracting 20,000 visitors to the town and run entirely by local volunteers.

Two years ago, alarmed by fundamental changes that had taken place in the organisation of the Regatta, we raised our concerns with the Town Council publicly in Real Whitby, but they were not addressed.

Consequently these issues still exist and Real Whitby is now re-entering the ring in 2014 to try and have them resolved, in the wider public interest, but also to help protect the volunteers that work so hard to make the Regatta a success. Although the Regatta has always been run on a voluntary basis by the Regatta Committee – who, despite working hard, receive no remuneration or payment as a cultural event – it has never been formally registered as a charity.

The changes I refer to were made on the basis that they would protect the members of the Whitby Regatta Committee from any liability by incorporating the Regatta as charitable trust. So a Limited Company was formed (Whitby Regatta Limited, or WRL) and the organisers, instead of being unpaid volunteers from the community working through the Regatta Committee as before, would henceforth be Officers/Directors of the Company, protected by the limited liability of the Company.

However, at that point it appears that things went seriously wrong.

The operation of the Regatta since 2011 under the new arrangements

The operation of the Regatta has become bizarre in the extreme.

This is legally impossible. They cannot both exist and run the Regatta at the same time.

The objects of the Whitby Regatta Limited empower it to remunerate Directors and the objectives of the Company are very wide-ranging, commercial, not charitable, and do not mention Whitby Regatta at all:

4.1 The Company’s objects are (1) To promote hold arrange take part in yachting and other marine activities events meetings trials competitions and the like; to do all such things as may be deemed expedient for the promotion of such sports and pastimes to establish maintain promote and operate an organisation club school or academy yachting and yacht racing or like events and to protect advance and further the interests of and provide facilities for yachtsmen and to provide information advice and assistance on or in all matters incidental to or affecting the use of yachts and marine craft and the laws and regulations appertaining thereto.

4.3 (2) To carry on all or any of the businesses of promoters organisers conductors of races competitions sporting and other entertainments and enterprises of every description (whether or not connected to yachting) proprietors and operators of marinas moorings slipways causeways landing stages boat house foreshore rights and wet and dry docks and repair yards operators and proprietors of caravan and camping sites operators of markets auctions and sales lock-up garages motorcycle trailer and car parks and all accommodation and conveniences required in connection therewith cafe restaurant and hotel and motel proprietors refreshment caterers and contractors and things of all kinds necessary or useful for carrying on the foregoing businesses or any of them or likely to be required by customers of or persons having dealings with the Company.

So if the Regatta Committee still exists and runs the Regatta, and WRL is not a Charitable Trust, why bother spending all of that money on setting up WRL, a company that does not even include any mention of Whitby Regatta in its objectives?

The dangers of the current situation.

There are a number of concerns over this situation, some of which may open up the members of the Whitby Regatta Committee and the Directors of WRL to serious liabilities, as follows: 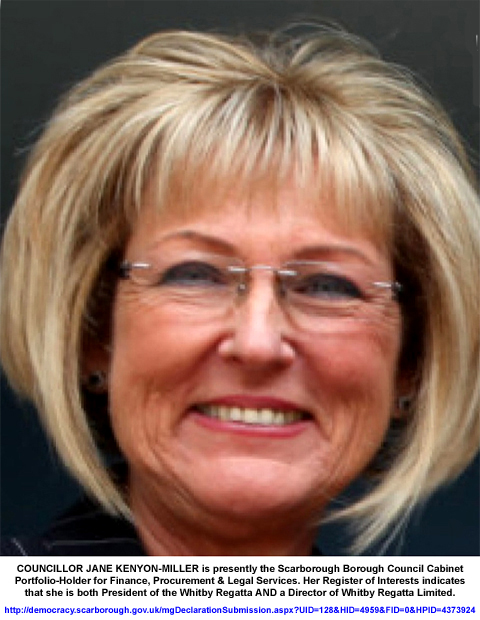 Whilst it could be there is an explanation for this, as things currently stand, all of this appears to me to be deeply unsatisfactory and shrouded in mystery.

I would call on the Directors of WRL and/or the members of the Regatta Committee to enter into debate and clear the air by posting their responses to the above concerns in the Comments boxes below.