This next in my series of articles examining one of the smallest (but nevertheless most dysfunctional) branches of local government – Potto Parish Council – follows two previous articles that seem to have set the village agog:

Further articles (including this one – a digression from my intended progression) in this continuing series will be collated and up-dated here:

Judging by responses to my privately emailed ‘appeal’ to parishioners to come forward with relevant information, attitudes in Potto appear to have become highly polarised. It is understandable that residents have no wish to see Potto become the epicentre of a distasteful scandal, albeit not of their own making.

Only one response was hostile – and that, to the point of rudeness. Perhaps the writer imagines insolence will put me off the scent?

Two responses have simply opted out of further up-dates; that is their prerogative, and will be respected.

Several responses have been extremely helpful, for which I am grateful. For them, my articles have simply put meat on the bone of a long-standing discontent with, and mistrust of, the Parish Council.

Others are to be especially commended for evincing the moral courage to come forward, describing an atmosphere of suppression and threats. They have contributed pertinent information that points the way to a fair and just outcome. Salute!

Two other items of ‘incoming’ are worthy of mention. The first came in the post, bearing a Middlesbrough postmark: 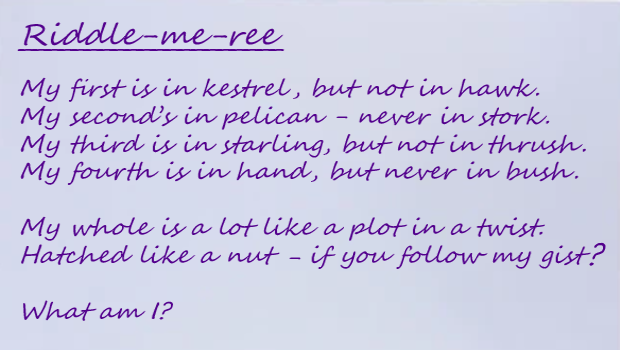 (* Coffee and a sticky bun in Whitby to the sender of the first-opened correct solution).

I am grateful, too, to all those who forwarded to me the second – the following email to fifty or so recipients (members of the Potto Oil Purchasing group (POP), from one Gerry STAPLETON (archived at Companies House under the name of Gerald Stephen STAPLETON (74), of Cooper Lane, Potto, as a resigned Director of 13 active companies.

Quite separately, under the name Gerry Stephen STAPLETON – a subtle distinction – he is archived at Companies House as one of 32 resigned Directors of Riverwood Properties Ltd.), where he is listed as a Chartered Surveyor. 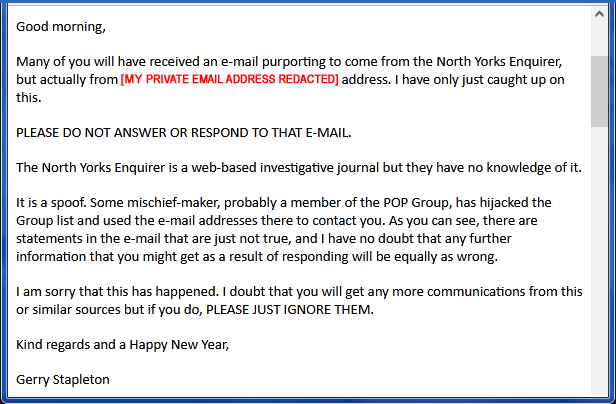 Mr STAPLETON’s email contains a number of falsehoods and misrepresentations:

Mr STAPLETON would be well advised to exercise caution before publishing arrant nonsense. However, one truth shines through – he clearly has no wish for me to dig deeper into the affairs of Potto Parish Council – or to report on my findings. One wonders why. But not, as it turns out, for long.

I have, of course, emailed Mr STAPLETON (Subject line: ***STRICTLY CONFIDENTIAL***) offering him the opportunity to apologise to me and to remedy his ‘errors’. I have also provided him with a ‘right of reply’. He has ignored my press deadline . . .

Moreover, I am disappointed to report that Mr STAPLETON has shown himself to be less than honourable; I now have in my possession an email proving that he has forwarded my ***STRICTLY CONFIDENTIAL*** email to several other email addresses (which I will not, for the moment, disclose). When a retired professional man of hitherto good repute casts ethics aside, there is almost invariably a measure of self-interest involved . . .

With whom, one might ask, would Mr STAPLETON wish to share the knowledge that he has been ‘rumbled’? Not, it would appear, the entire POP group. Might he, then, have felt the need to bear the embarrassment of having been ‘rumbled’ with a select few who have a special interest in the progress of my investigation?

In due course, one rather noteworthy recipient of Mr STAPLETON’s email was moved to respond; Potto Parish Councillor Ian MACPHERSON:

It will not escape readers’ attention that Councillor MACPHERSON has thereby most helpfully confirmed that ‘Gerry’ continues to support him (and, quite evidently, Potto Council), and has clearly done so for some time.

Thus, Mr STAPLETON is predetermined, far from objective, and apparently oblivious to the significance of the facts which I have reported in my previous articles (which he characterises, let us remember, as “just not true” –  without (of course) identifying those elements which he claims to be “just not true”) – and is apparently equally oblivious to the findings of the PKF LITTLEJOHN LLP External Audit Investigation and subsequent Public Interest Report (PIR) – unless he believes PKF’s findings also to be “just not true” – in which case, he is a very silly chap. 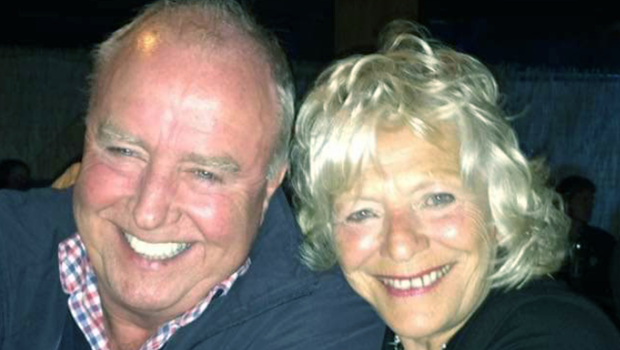 (photo courtesy of ‘the Riddler’)

I wonder whether or not Mr STAPLETON has examined some of Potto Parish Council’s responses to Freedom of Information requests published on the WhatDoTheyKnow.com website, and judged for himself the extent of the Council’s evasion, procrastination and plain nonsense? Try this one current example of ‘rabbit-in-the-headlights’ shameless evasion, Gerry:

Or, if you prefer, consider PKF LTTLEJOHN’s conclusion:

It occurred to me that four of the incumbent Councillors (I exclude the Chair, to whom I will also return in due course – along with the Internal Auditor, Mr Roger BRISLEY), must be aware that they are not universally admired – and, indeed, in some quarters, fiercely excoriated – for their support of the Chair.

So the question arises: why do they continue propping up the WILDE regime?

Why is Mr Gerry STAPLETON so desperate to interrupt his vacation to shoot the messengers? Is he happy about the £500+ millstone that the Parish Council has slung around his neck – along with the necks of every other ratepayer in the village? Perhaps not. But perhaps he views that £500+ surcharge as a small price to pay . . . ? But for what?

Though no doubt well-known within the boundaries of tiny Parishes, it may come as a surprise to the wider readership that Parish Councillors receive no allowances, expenses, stipends or honoraria. No emoluments of any kind. So why do they do it? Is it simply the desire to be seen as pillars of the tiny local community? Or do they believe they can improve the odd footpath?

Customarily, the first line of enquiry, when suspicion arises, is: “Where’s the money?”.

At first glance, that hardly seems to apply in the present instance.

Nevertheless, we are free to ask: cui bono?

A visit to the Hambleton District Council (HDC) website confirms that none of the five incumbents has ever received a single vote from the electorate. No elections have taken place for decades because the number of candidates has never exceeded the number of available seats. There was never an opportunity to choose. No votes were cast.

Candidates had only to present their Nomination papers to automatically achieve a position on the Council. Holding no mandate from the electorate, it can reasonably be asserted that Cllrs Steve AGAR, Elma GRIFFIN, Ian MACPHERSON, Shaun MARCH (and Chair Andrew WILDE), fall within the following definition:

Between them, these self-appointed Councillors have borne the responsibility for managing (or mismanaging) the Council’s affairs and finances.

They bear the unenviable responsibilty (which may yet turn out to be their personal responsibility) for the decisions that the External Auditor, PKF LITTLEJOHN LLP, having investigated forensically over a period of years, found wanting in 97 serious instances (passing over another 229 less serious but nevertheless valid issues to spare Potto Parish Council further expense). We are discussing unlawful decisions, sometimes ultra vires decisions; i.e. decisions beyond the lawful authority of Cllrs AGAR, GRIFFIN, MACPHERSON, MARCH and WILDE).

Were these Councillors aware that many of their decisions were, at best, questionable – and, at worst, profligate, unlawful and potentially criminal?

It is the primary statutory duty of the Clerk, Mrs Joanne STOREY (née WILDE) – the Chair’s daughter (whose appointment and salary hikes are also a matter of interest, to be explored in a future article) – that she:

And yet the actions ensuing from this protracted series of disastrous management decisions have incurred a bill of £37K – an unsolicited liability conferred on the residents of Potto by the people they did NOT vote into office and demonstrably CANNOT execute their duties to the required standards, guided by a Clerk who appears to have grasped far too little of the gravity of her duties.

Despite all this, Mr Gerry STAPLETON adjures his fellow Potto residents to ignore my findings, along with PKF’s. (Hello, egg; hello, face). He proactively supports the status quo – to the tune of £500+, and counting . . .

Are these Councillors now contrite? Are they apologetic? After all, they are only ‘volunteers’, doing their best, who have failed in their (self-appointed) public duties.

Why, why, why are they still in position? After all, there has been nothing in it for them personally, has there?

Surely any circumstance from which a Councillor might be seen to be able to derive personal benefit must be declared? The law regarding the Declaration of Interests is enshrined in s.29 – s.34 of the Localism Act 2011 which may be reviewed here.

All Potto Parish Councillors’ Registers of Interest may be reviewed here and here.

Councillor MARCH’s failure to register a Declaration of Interests compounds a ‘pattern of behaviour’ established by Councillor Steve AGAR, against whom a Formal Complaint was UPHELD by Hambleton District Council’s Standards Hearing Panel on Monday 12th February 2018, who found him guilty of failing to provide an accurate Declaration by omitting a Disclosable Pecuniary Interest (DPI); to wit, his paid employment (Mr AGAR describes himself as a ‘Planning Agent’). 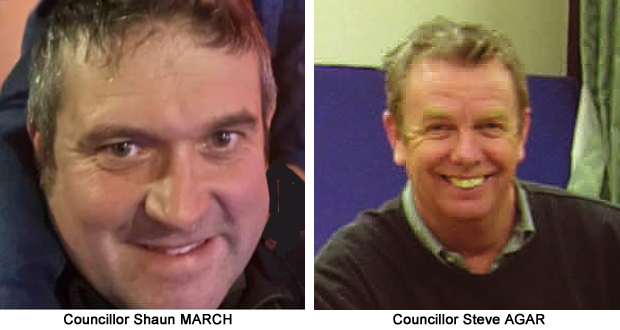 Councillor MARCH’s transgression confirms that the Recommendations of the PKF LITTLEJOHN PIR, regarding the Council’s requirement to evince “structured learning”, has fallen on stone-deaf ears.

It is also worth noting that s.34 of the Localism Act 2011 states, inter alia:

Councillor Shaun MARCH has allowed himself to stray outside of the law; as did Councillor Steve AGAR. And the Council (i.e. the Clerk) has failed to prevent him from doing so. One wonders why. Again (it turns out), not for very long.

And why does Mr Gerry STAPLETON refuse to embrace the incontrovertible evidence already available in the public domain?

It is the legal duty [s.29(1) of the Localism Act 2011] of Hambleton District Council Monitoring Officer, Mr Gary NELSON, to maintain an up-to-date Register of all District and Parish Councillors’ Interests. Oh, dear.

Many will seek to dismiss breaches of the law of this sort as trivial, de minimus. This is woefully wrong. Those sections of the Localism Act 2011 cited above are in place to protect the public interest. They, and other laws upholding probity in public life, are intended to prevent (as far as can be made possible) those who enjoy the public trust from abusing their positions for private gain. Transparency International has adopted this elegantly concise definition as its slogan:

“CORRUPTION is the abuse of entrusted power for private gain.”

My work is to expose corruption.

Ah, Potto – that sleepy parish in North Yorkshire with a mysterious affection for secrecy . . .

In Part 2 of this article, I will begin to spell out exactly what this secrecy conceals.

Finally, readers who believe that they have successfully solved the ‘Riddle-me-ree‘ reproduced near the top of the page are invited to submit their solutions, by email (with the words ‘RIDDLE-ME-REE‘ in the Subject line) to: