The NYE’s Police 7 articles are intended to be a one-stop shop for our readers covering crime prevention advice, court reports, police appeals for assistance, local community policing news, information on victim support, updates from the North Yorkshire Police (NYP) and the Police, Fire & Crime Commissioner (PFCC) for North Yorkshire and the Coroner.

North Yorkshire Police is appealing for witnesses and information about a sexual assault that occurred in Scarborough.

A man grabbed a young woman around the shoulder and kissed her face at Sandside on Scarborough seafront between 8.20am and 8.40am on Thursday 7 July 2022.

Officers arrested a man in his 60s on suspicion of sexual assault. He has been bailed while the investigation continues.

Police are requesting the public’s assistance to help establish the full circumstances surrounding the incident – in particular, anyone who may have witnessed the incident, was in the area around the time, or has any relevant dashcam/CCTV footage.

Anyone with information that could assist the investigation should email mark.mcnulty@northyorkshire.police.uk.

Thieves broke into a building site in Seamer near Scarborough and stole a large amount of diesel at around 10.40pm on the night of Thursday 21 July when the suspects entered the North Fields Meadow development on Stoney Haggs Road.

The suspects moved heavy plant machinery to access the fuel and this would have made a noise late at night.

If you were in the area at the time or live in the area, officers ask that you review your camera footage from the evening of 21 July and contact them if you can assist the investigation.

Officers are also carrying out house to house enquiries in the area.

Anyone with information that could assist the investigation should email jessica.eddon2@northyorkshire.police.uk. 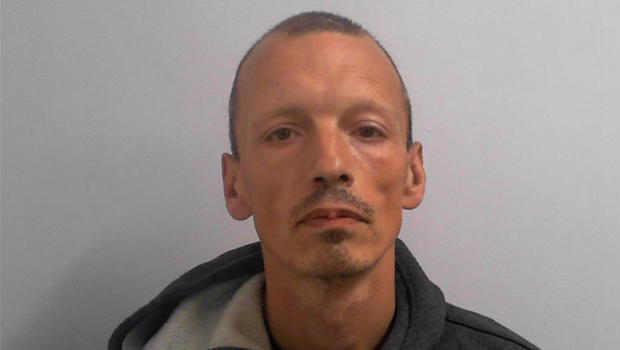 Ronald Henderson aged 39, from Middlesbrough, was sentenced to five years in prison after a spate of burglaries in Whitby last month.

On 23 June 2022, Henderson travelled to Whitby where he entered a residential property and when challenged by the owner, claimed to be looking for a B&B. He then entered a nearby B&B where he took the keys for the owner’s car, leaving the scene in the vehicle and driving it back to Middlesbrough.

On 24 June 2022, Henderson travelled back to Whitby where he targeted another residential address whilst the occupant was sleeping, stealing two mobile phones, a purse containing bank cards and a quantity of prescription medication. He then gained access to a café and tried to open the till, causing £800 worth of damage to the property.

The stolen vehicle was found abandoned in Middlesbrough by Cleveland Police and safely returned to its owner.

Officers from North Yorkshire Police began investigating the incidents and their enquiries revealed CCTV footage of Henderson driving away from the Whitby property in the stolen vehicle and breaking into the café.

“Henderson was relentless in targeting Whitby over these two days, taking whatever he could get his hands on and causing distress to both residents and business owners.

Thanks to the officers who attended the incidents and the CCTV footage, we were able to quickly identify Henderson and bring him to justice before he could cause any more disruption.

We’d also like to thank our colleagues at Cleveland Police who helped ensure the stolen vehicle could be safely returned to its owner.”

Known locally as “Spunky”, the 37-year-old There were clear links between Hardy and Teesside ‘County Lines’ drug dealer Emma Seed who was sentenced to 11 years and nine months in March this year for flooding Whitby with heroin and cocaine.

“We were able to secure irrefutable evidence that James Hardy was behind a significant Class A drug dealing operation in Whitby with links to the Emma Seed county line.

He was left with no choice but to admit his guilt and it is pleasing that he has been sent to prison for a significant period of time.”

We fully understand the level of feeling in Whitby against drug-related crime and the damage it causes within the community.

We again thank residents and businesses for taking a stand against drugs dealers and reporting their concerns to the council, to the police or anonymously to Crimestoppers.

The action we have taken in this investigation and others demonstrates our relentless approach to tackling drug-related crime in Whitby.”

Anyone with any information is urged to contact North Yorkshire Police on 101, select option 1, and speak to the Force Control Room.

Get help for drug and alcohol addiction:

Detectives from the North West Regional Organised Crime Unit arrested six men from Manchester and three from Whitby as part of an investigation into the supply of drugs and firearms. This is in connection with a variety of offences including conspiracy to supply Class A (cocaine) and Class B (cannabis) drugs, money laundering and firearms offences.